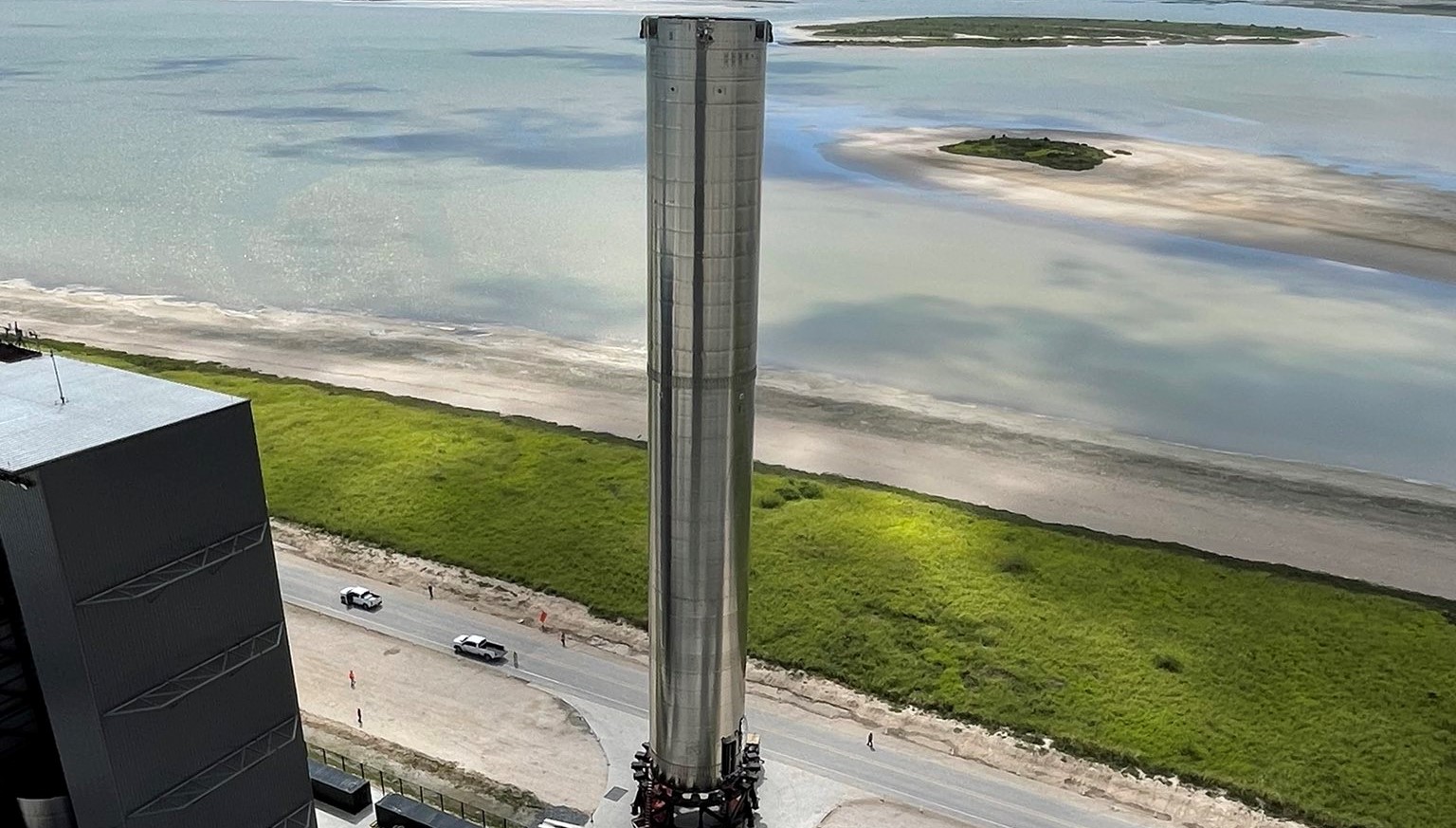 SpaceX’s Super Heavy Booster No. 3 stacked at the company’s high bay facility made an appearance last week. The vehicle was transported down Boca Chica’s Highway 4 on July 1, 2021, to a modified section of Pad A, where it is expected to begin cryo testing.

Known as Booster No. 3, or BN3, this engine-less pathfinder vehicle is set to undergo a series of pressure tests in the upcoming weeks at the company’s South Texas launch facility, named Starbase by the company, to evaluate the integrity of the tank itself. 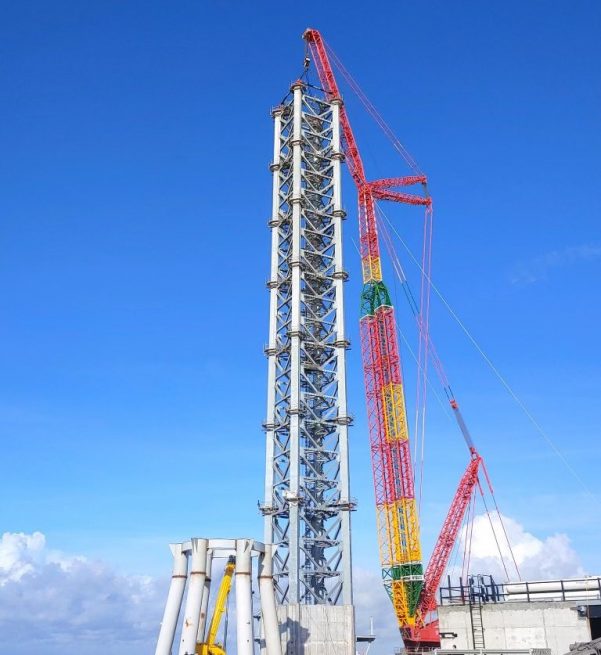 While BN3 is busy pathfinding, common dome sections of BN4, a flight-capable booster, are currently being put together in the High Bay.

The company had originally hoped to make an orbital flight with both Starship and a Super Heavy booster in July. However, according to a tweet from Elon, it seems SpaceX will be happy if both Starship and Super Heavy are stacked by the end of the month, which seems to be a much more realistic expectation.

The company plans on mating Starship 20 (SN20) and BN4 at some point later in the month. These two vehicles are expected to make up the first orbital flight test of the Starship system.

Before a full-duration flight test can take place, the company’s orbital launch tower will need to be completed. Currently, the pad seems to be well on its way up, as the seventh section of the behemoth launch tower was lifted into place last week.

At this rate, the launch tower might be finished before the end of the month, with a crane and lightning protection tower still needing to be erected before the pad’s completion.

Three new Raptor engines also made their way home to Boca Chica this week, including the first two engines that will make up the propulsion system for the Super Heavy booster.

The current cadence of engine production includes initial fabrication at the company’s headquarters in Hawthorne, California, followed by testing in McGregor, Texas, to final delivery at Boca Chica.