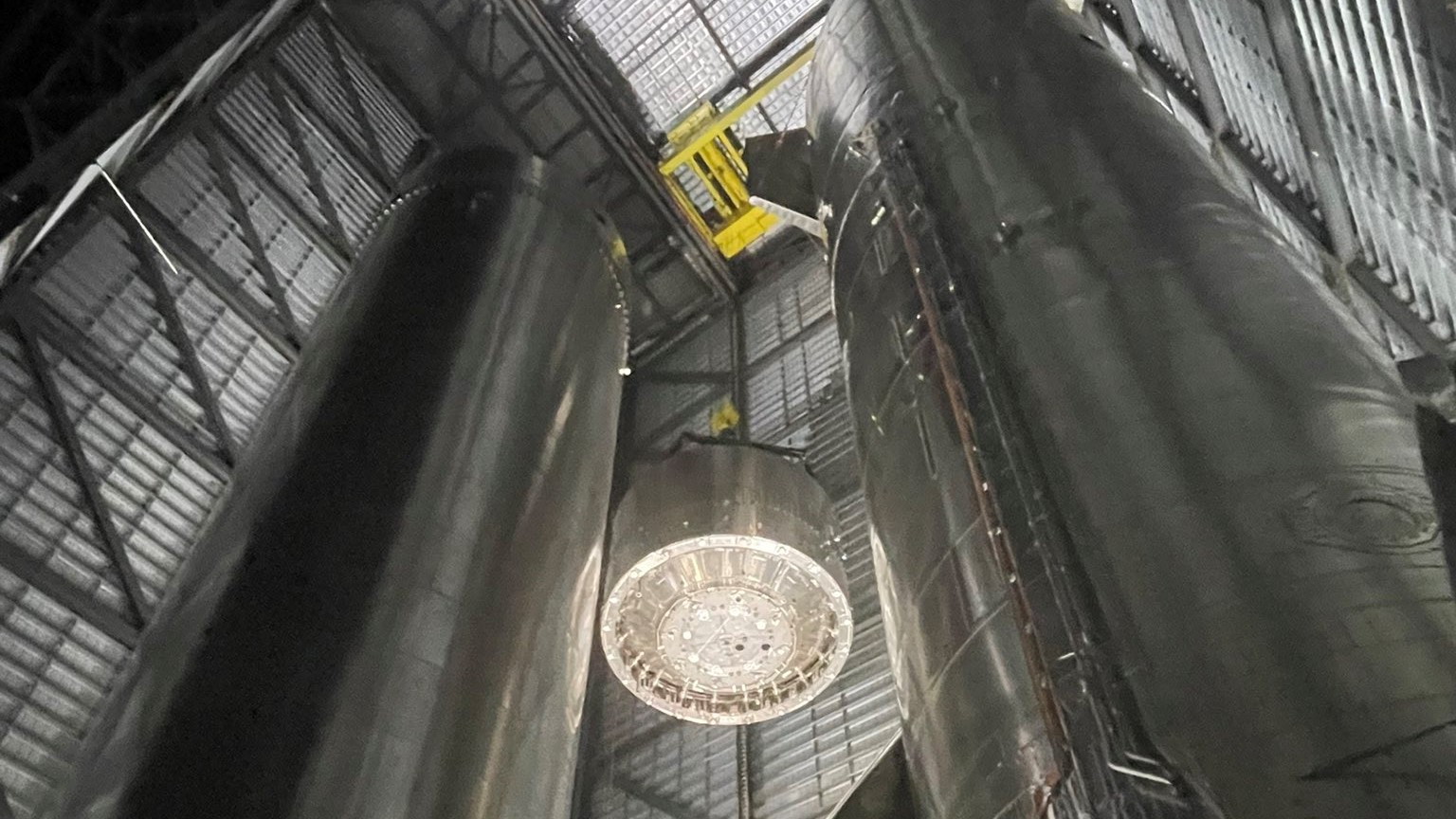 The aft section for Super Heavy undergoes stacking in the high bay at Starbase, according to a June 15, 2021, tweet by Elon Musk. Credit: Elon Musk

In the last few weeks, SpaceX’s South Texas facility known as Starbase has seen significant progress in its quest to become a mass-producing entity of heavy-lift rockets.

Company founder and CEO Elon Musk recently shared a series of tweets showing the progress on the heavy-lift rocket known as Super Heavy in the company’s high bay assembly facility.

One of the tweets depicted the aft section of the giant rocket, known as BN2 or booster No. 2, seeming mostly completed in preparation for the company’s upcoming orbital attempt of the Starship launch system.

Rockets aren’t the only things making progress in Boca Chica, Texas. The company’s orbital launch tower is continuing to see — upward — progress. The tower is being built in sections, and recently the fifth section (of up to eight) of the launch tower was lifted into place by SpaceX’s LR 11350 crane known affectionately as “Frankencrane.”

While the company’s spaceflight hardware has made significant progress recently, some of the more fun aspects of Starbase are beginning to take shape, such as the company’s on-site Tiki Bar.

From the top of Starbase high bay pic.twitter.com/kRtJBrwrqW

He/she posted a link to the crane which shows a picture.