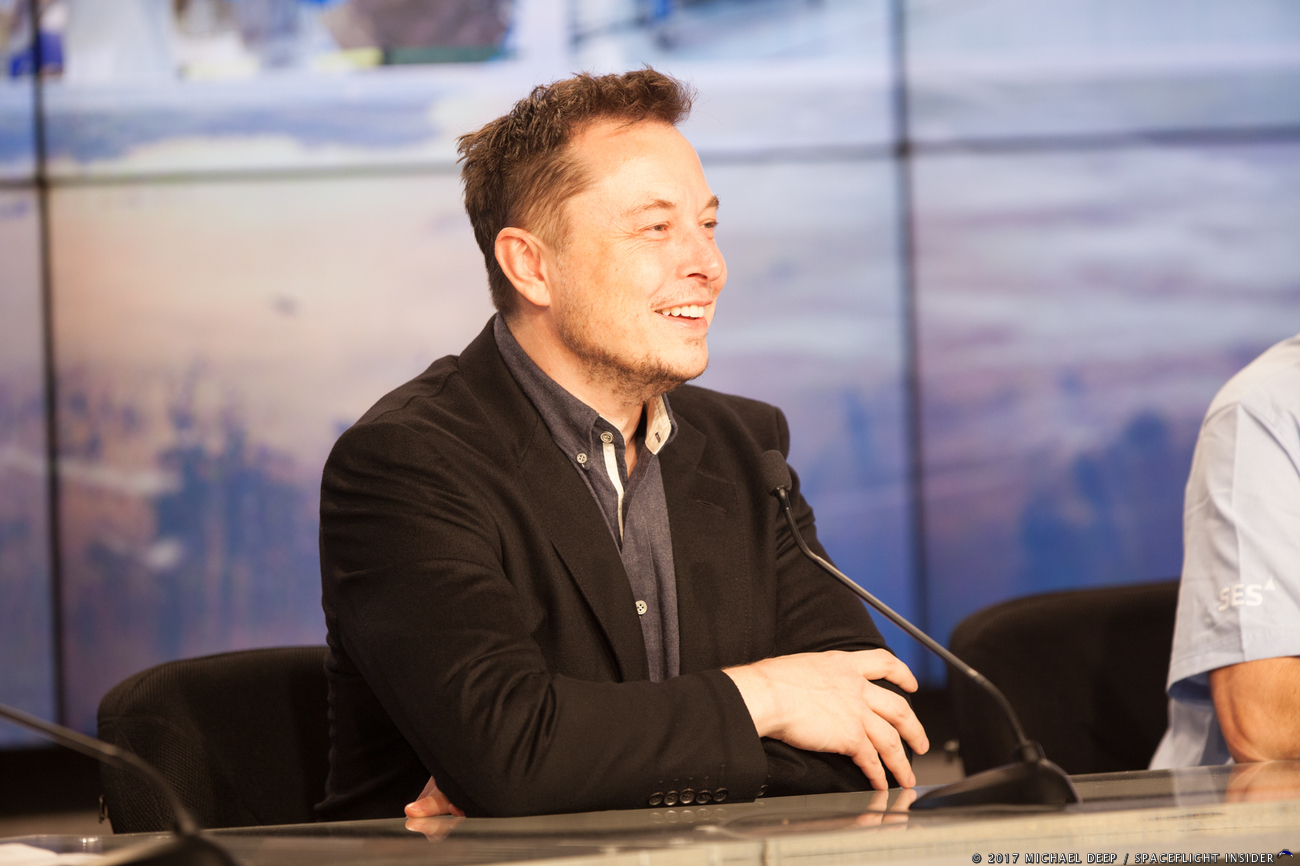 SpaceX’s Elon Musk, shown in this file photo from an event at Kennedy Space Center, is celebrating his 50th birthday today, June 28, 2021.  When asked on social media what he wanted for his birthday, he tweeted “Starship Super Heavy” – which according to developments at his Starbase, Texas worksite seem to be gearing up to soon support. Photo credit: Mike Deep / SpaceFlight Insider

The orbital launch tower for SpaceX’s Starship Super Heavy rocket has received its sixth tower section. The structure is expected to comprise a total of eight sections when completed.

Last week, tower section six was rolled out to the orbital launch site at SpaceX’s facility

in South Texas and was lifted into place by the company’s crane known as “Frankencrane.”

Tower section seven is already known to be under production at the propellant production site. Photos of the tower’s eighth section were posted on Twitter by Brady Kenniston, for NASASpaceflight, showing the structure beginning to take shape.

While the orbital launch tower inches closer to completion, SpaceX will soon face a decision on what to do with the 16th Starship prototype rocket, known as SN16.

Witnesses at the site captured glimpses of the rocket rolling out to what many believed initially to be the scrap yard. However, two weeks ago, company CEO Elon Musk tweeted the possibility of using SN16 for a hypersonic test flight before the proposed orbital flight of the Starship system.

A hypothetical hypersonic test flight could consist of accelerating the vehicle to push the envelope of what the design is capable of at speeds it has never been flown to before. This would give engineers a firm understanding of what improvements might be needed to be made before testing Starship at orbital velocity.