Company founder and CEO Elon Musk tweeted a photo featuring a myriad of Raptor engines lined up at the Starbase production site that will help power the fully-reusable Starship launch system into orbit. The picture, which Musk captioned “Fellowship of the Raptors,” included one Raptor Vacuum engine surrounded by nine sea level engines.

Discussion began to ignite in response to the photo Musk tweeted, including confirmation of new developments on the future of SpaceX engine production.

Musk confirmed the company is planning to add a second Raptor engine production facility at SpaceX’s engine test site in McGregor, Texas, with the aim to produce two to four engines per day. He also said that production of the Raptor Vacuum engine would be ramping up at the company’s headquarters in Hawthorne, California. The California facility is also expected to focus on various new experimental designs.

“That’s about what’s needed over ten years to create the fleet to build a self-sustaining city on Mars,” Musk said. “City itself probably takes roughly 20 years, so hopefully it is built by ~2050.”

Also announced in the tweet chain was the confirmation that SpaceX made a final decision on the number of Raptor engines it is planning to include on operational Super Heavy boosters: 33.

“All engines on booster are the same, apart from deleting gimbal & thrust vector actuators for the outer 20,” Musk said.

Meanwhile, on July 11, 2021, installation of a Raptor engine began on the pathfinder Super Heavy booster, Booster 3, currently situated at the test stand at Boca Chica.

A new thrust puck was also spotted being delivered to the High Bay over the weekend. This section will be the area in which the gimbaling Raptor engines are situated at the base of the next Super Heavy booster currently in production, Booster 4. 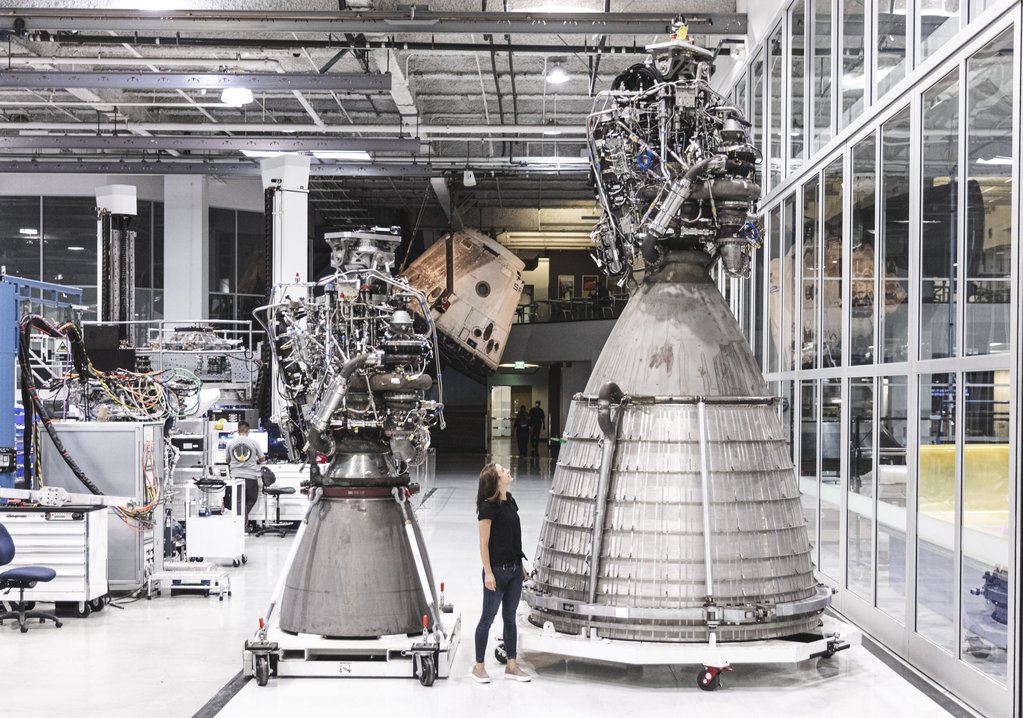 A size comparison of a sea level Raptor, left, and a Raptor Vacuum engine. Credit: SpaceX