Musk gives update on Starship progress, but is light on details 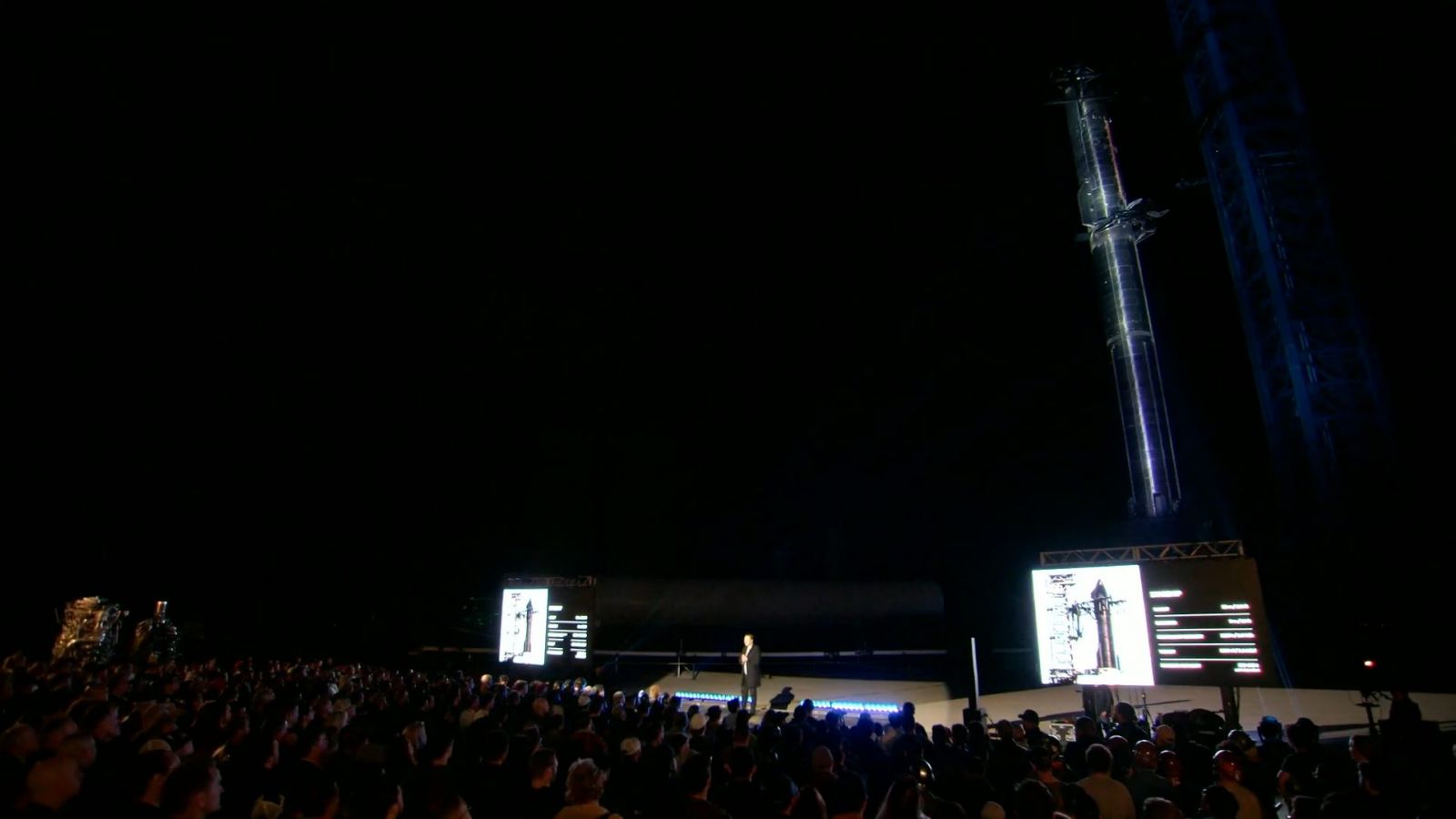 With a fully-stacked Starship launch vehicle stacked as a backdrop, Elon Musk gives a update presentation on the progress of the super heavy lift system. Credit: SpaceX

For the first time in nearly two years, members of the press convened at SpaceX’s “Starbase” facility in South Texas to hear CEO Elon Musk deliver a highly-anticipated update on the company’s Starship rocket. 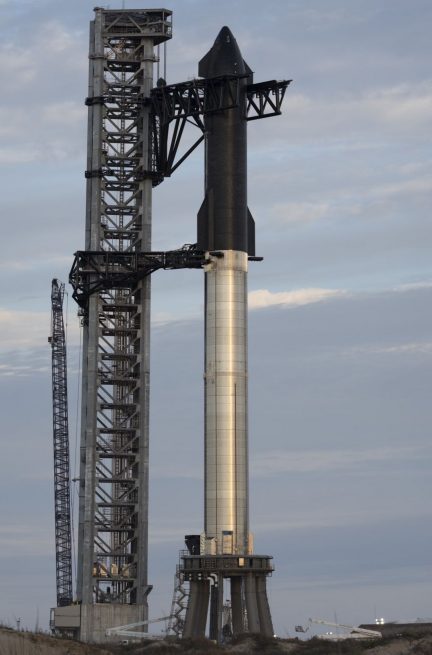 Starship and Super Heavy are stacked on the orbital launch mount. Credit: SpaceX

In the leadup to the presentation, the first hardware intended for an orbital flight — Super Heavy Booster 4 and Ship 20 — were stacked on the orbital launch mount. This was only the second time the nearly 400-foot-tall (120-meter-tall) full stack was assembled.

Being that this event was nearly two years in the making, many had hoped the evening’s presentation would include updated timelines, vehicle readiness, designs and future customers for Starship. However, most of what was said was already known to most.

Still, there were some details worth mentioning that help paint a clearer future into Starship’s development.

One focus of the presentation was an update on the development of the “Raptor 2” engine and the role it is expected to play in the advancement of Starship as a viable and reusable option for payload to orbit.

Musk said future designs of the Super Heavy booster will feature 33 “Raptor 2” sea level engines, which is an increase from the 29 engines currently on Booster 4.

The new engines feature a more-simplified design and higher thrust, with an overall capability of producing up to 230 tons of thrust.

Overall, Starship is expected to produce up to 7,600 tons of thrust at liftoff; more than twice the power of the Saturn V rocket. SpaceX hopes to have the capability to deliver 150 tons to low Earth orbit, which could then be sent beyond after orbital refueling.

Following the presentation was a question and answer session. Many wanted to know the outcome of the Federal Aviation Administration’s environmental assessment and the potential impact it may have on future orbital flights from Starbase.

While details of the FAA’s assessment are not immediately known, Musk suggested that both a launch tower and production facility could be built at the Kennedy Space Center in Florida.

Musk said in a worst case scenario, the company might incur a delay of up to eight months while it ramps up operations in Florida, shifting SpaceX’s focus to the East Coast.

Raptor 2 generates more than 230 tons of thrust at sea level, up from Raptor 1’s 185 tons pic.twitter.com/o1Rqjwx6Ql

Musk said he believes the majority of operational Starship flights in the future would likely take place from Kennedy Space Center, while Starbase would act primarily as a research and development facility.

A question was also asked about potential abort scenarios for crewed Starship flights in the future, which has continued to remain rather ambiguous throughout the ship’s development.

Musk said no dedicated abort system is currently being designed for Starship. However, the vehicle may technically be able to escape from the booster sitting on the pad so long as the vehicle’s thrust to weight ratio remains higher than one.

While an orbital flight of Starship is not likely in the next couple of months, Musk said he believes the flight hardware should be ready as soon as the company is granted approval to fly from Starbase.