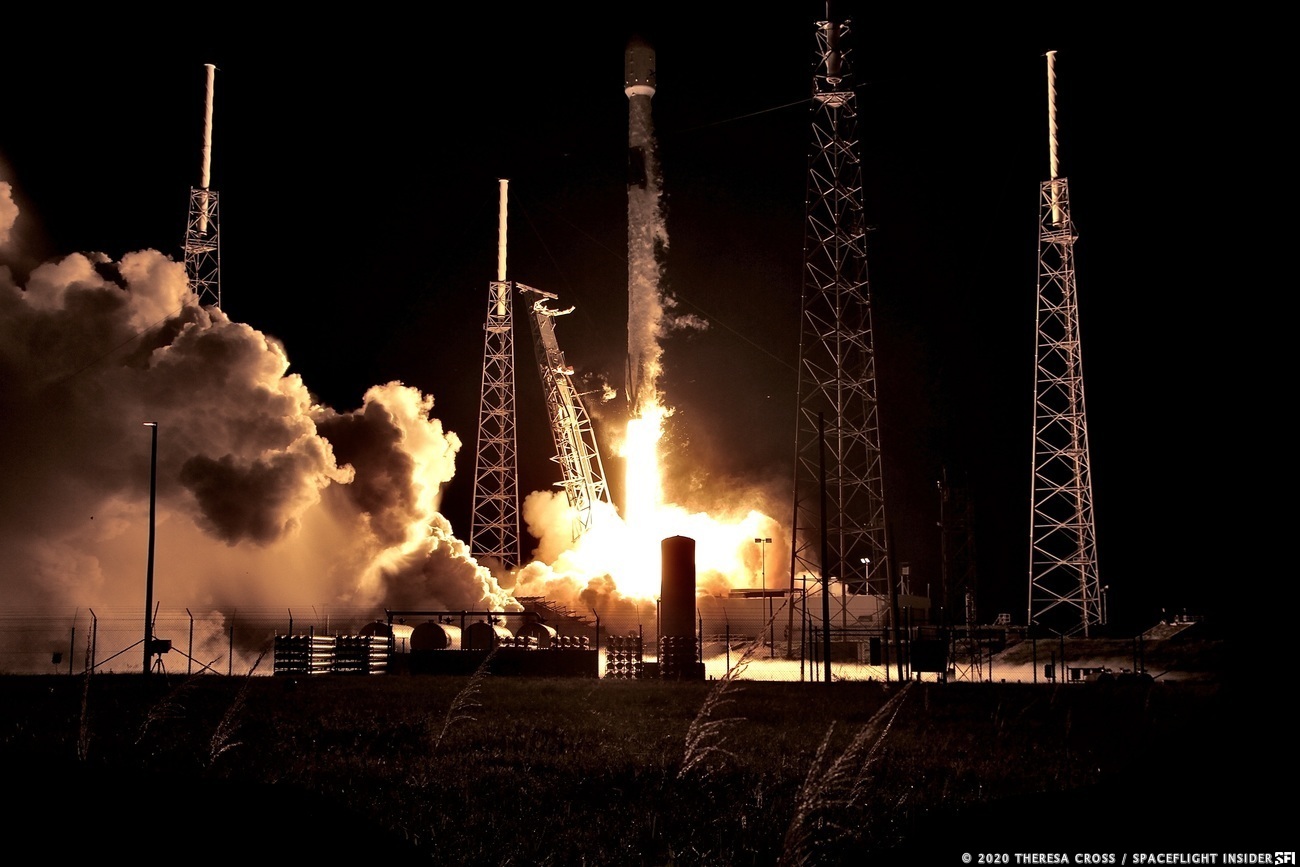 This mission marked the fastest turnaround for Launch Complex 40, given that Starlink-7 lifted off just over nine days before this flight.  The nine Merlin engines roared to life, creating an early sunrise for the Space Coast, and burned for roughly two and a half minutes before shutting off and giving way to the second stage. The first stage then initiated its flip maneuver to position itself on the proper alignment to begin a reentry burn toward its timed target of the “Of Course I Still Love You” autonomous drone ship. The first stage successfully touched down on the ship’s deck roughly nine minutes after it first left earth. 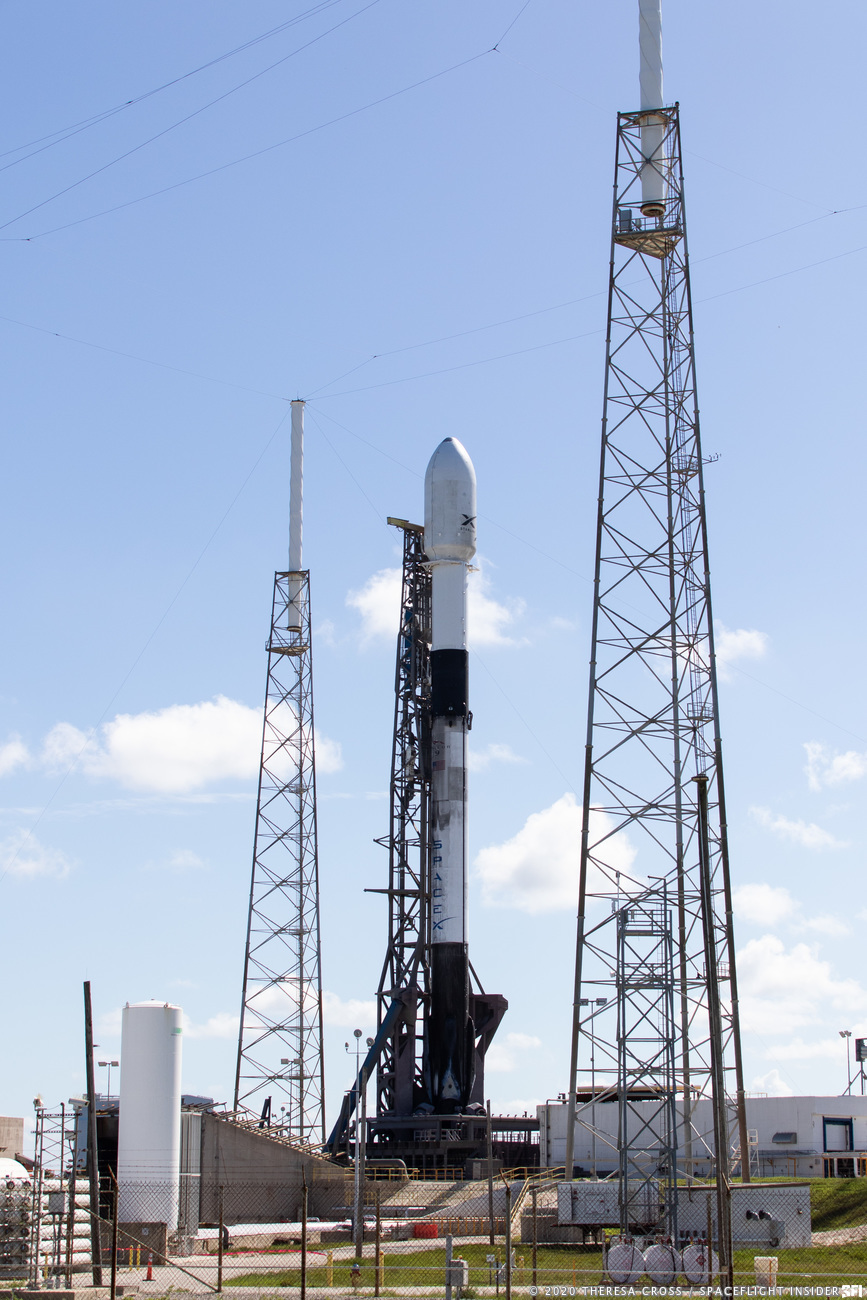 The SpaceX Starlink-8 Falcon 9 stands ready on the SLC 40 launch pad on June 12, 2020, prepared to launch a combined Starlink and SkySat payload the next morning. Photo credit: Theresa Cross/Spaceflight Insider

After coasting for nearly fifteen minutes after liftoff, the second stage of Falcon 9 deployed the 58 Starlink satellites as well as three SkySat Earth-imaging satellites, all flying as a part of the SpaceX ride share program.

While a particularly strong Falcon 9 launch cadence has been ferrying many Starlink satellites to orbit as of late, this launch marked several “firsts” for the company. This particular Starlink launch marked the first time that a Falcon 9 booster was flown without having been given a static fire test in the days leading up to flight. While SpaceX did not give an official reason as to why this is the case, it is reasonable to assume that this is due in part to the reliability of the Falcon 9 rocket. Having completed 85 successful launches, the company has been striving to bring Falcon 9 to the reliability level of launching without a static fire test. Further, given the internal nature of the primary Starlink payload, the company likely found it to be most fitting for the testing of this adjusted processing methodology. Given the success of today’s flight, a change in Falcon 9 re-flying procedures may well be considered going forward.

On June 12, SpaceX updated the Starlink.com landing page; interested users are now able to sign up for updates on the latest information about how they can take advantage of beta testing offers for Starlink, as well as obtain notifications about when it might become available. 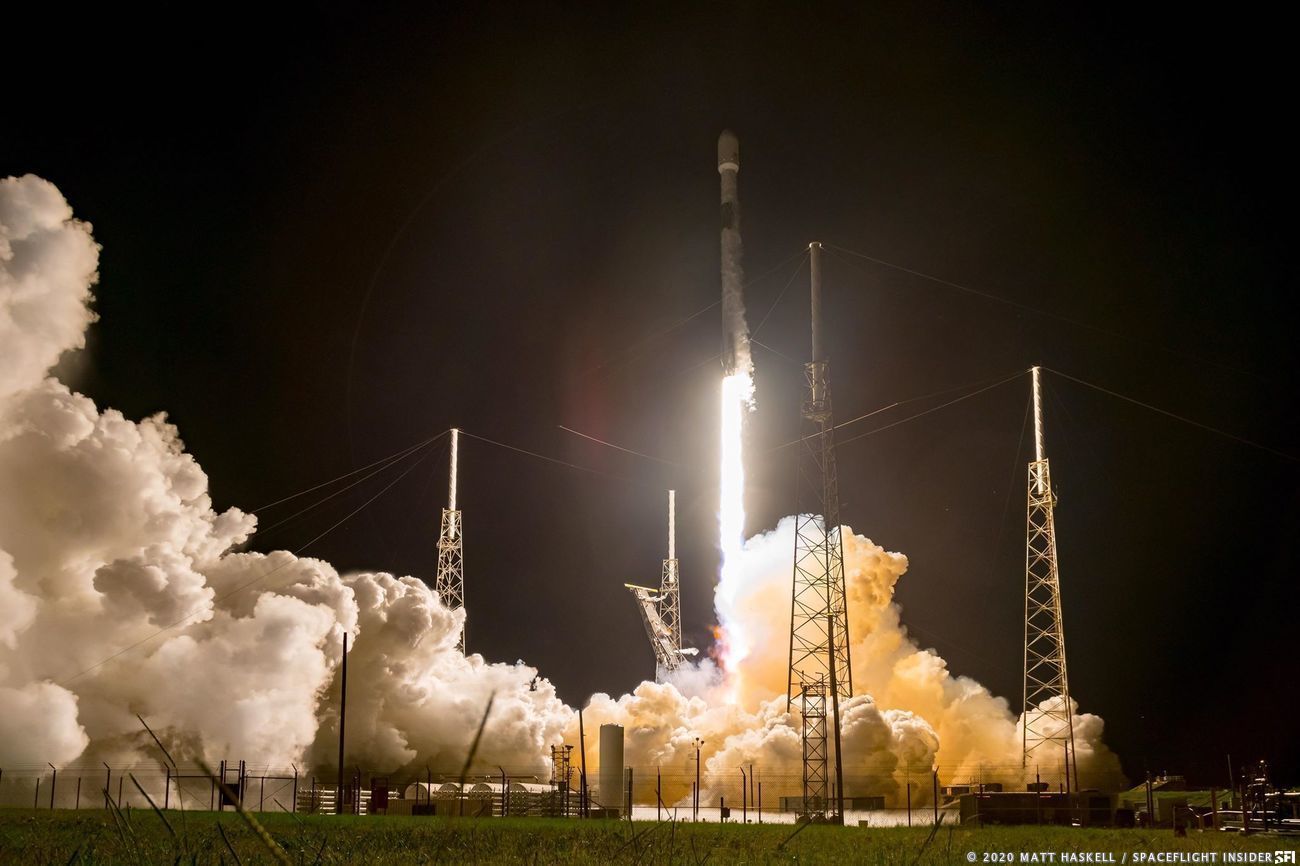 “Liftoff!” of a SpaceX Falcon 9 and the company’s first rideshare mission, launching a mix of Starlink and SkySat satellites into LEO on June 13, 2020. Photo credit: Matt Haskell/Spaceflight Insider