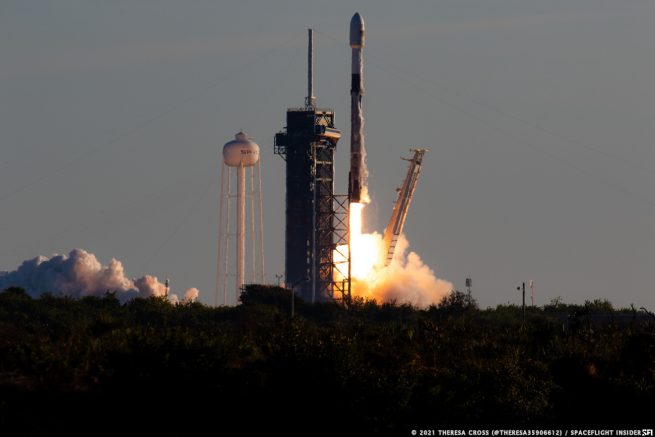 KENNEDY SPACE CENTER, Fla. — SpaceX has successfully launched its 17th batch of Starlink satellites this morning aboard a Falcon 9 rocket.

Liftoff took place at 8:02 a.m. EST (13:02 UTC) Wednesday, Jan. 20, 2021, from Kennedy Space Center’s Launch Complex 39A. This mission marks the first batch of Starlink satellites delivered to orbit this year after the company successfully lofted over 900 of the internet-providing satellites in 2020.

The launch was originally scheduled to take place Monday, but SpaceX decided to reschedule to Tuesday due to impending poor weather conditions in the recovery area. The company then decided to target Wednesday to allow more time for pre-launch inspections.

On launch day, the dawn of the Wednesday morning light brought with it a picturesque backdrop as the Falcon 9 lifted off the pad right on time; its nine Merlin engines roaring to life just moments before taking to the skies.

The first stage burned as expected for just over two and a half minutes before releasing the second stage and performing its signature flip-back maneuver to point itself toward Earth.

About six minutes later, that first stage booster completed a series of burns to land successfully on the company’s autonomous droneship “Just Read The Instructions.” This marked the 72nd time A Falcon booster has successfully landed after an orbital-class mission. 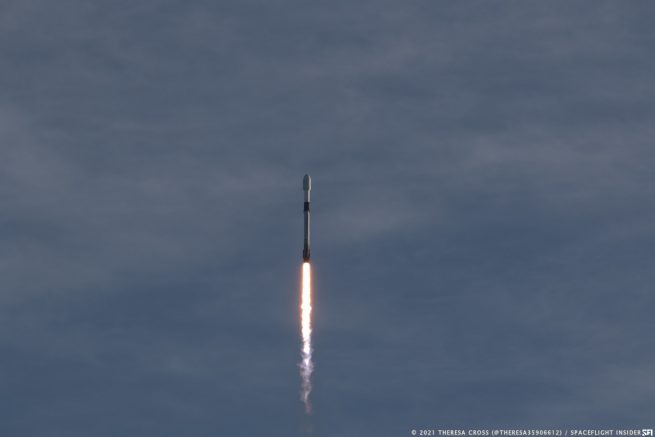 For this booster in particular, it was the eight successful flight. SpaceX has said the Falcon 9 first stage was designed to theoretically be capable of flying at least 10 times. The company is well on its way of proving that ability with this mission, making this booster the fleet’s “life leader.”

The second stage reached orbit about 8.5 minutes after liftoff. A brief circularization burn was performed by the stage’s lone Merlin Vacuum engine about 36 minutes after that.

A little over an hour after liftoff, at 9:06 a.m. EST (14:06 UTC), the 60 Starlink satellites on this flight were deployed, bringing the total number of spacecraft in this constellation to 1,015.

SpaceX’s Starlink family of satellites is designed to provide high-speed, low-latency broadband internet service to rural or underserved areas throughout the world. The company rolled out its “Better Than Nothing Beta,” where select customers in areas approved by the Federal Communications Commission were given the opportunity to test Starlink service on a limited scale.

The setup consists of a terminal receiver resembling the shape of a traditional flying saucer. Customers were able to purchase a receiver for the price of $500.

Generally, the feedback for the initial rollout of Starlink has been positive as the company has gained FCC approval to bring the service to the United States, Canada, and Germany throughout 2021.

SpaceX has also received FCC approval to fly 10 Starlink satellites aboard its upcoming Transporter-1 mission, a rideshare mission consisting of dozens of small satellites for over twenty customers, delivering them to a sun-synchronous polar orbit.

This upcoming launch will mark the first time Starlink satellites have been placed in a polar orbit. Transporter-1 is slated to fly from Cape Canaveral Space Force Station’s Space Launch Complex 40 as early as Jan. 22.