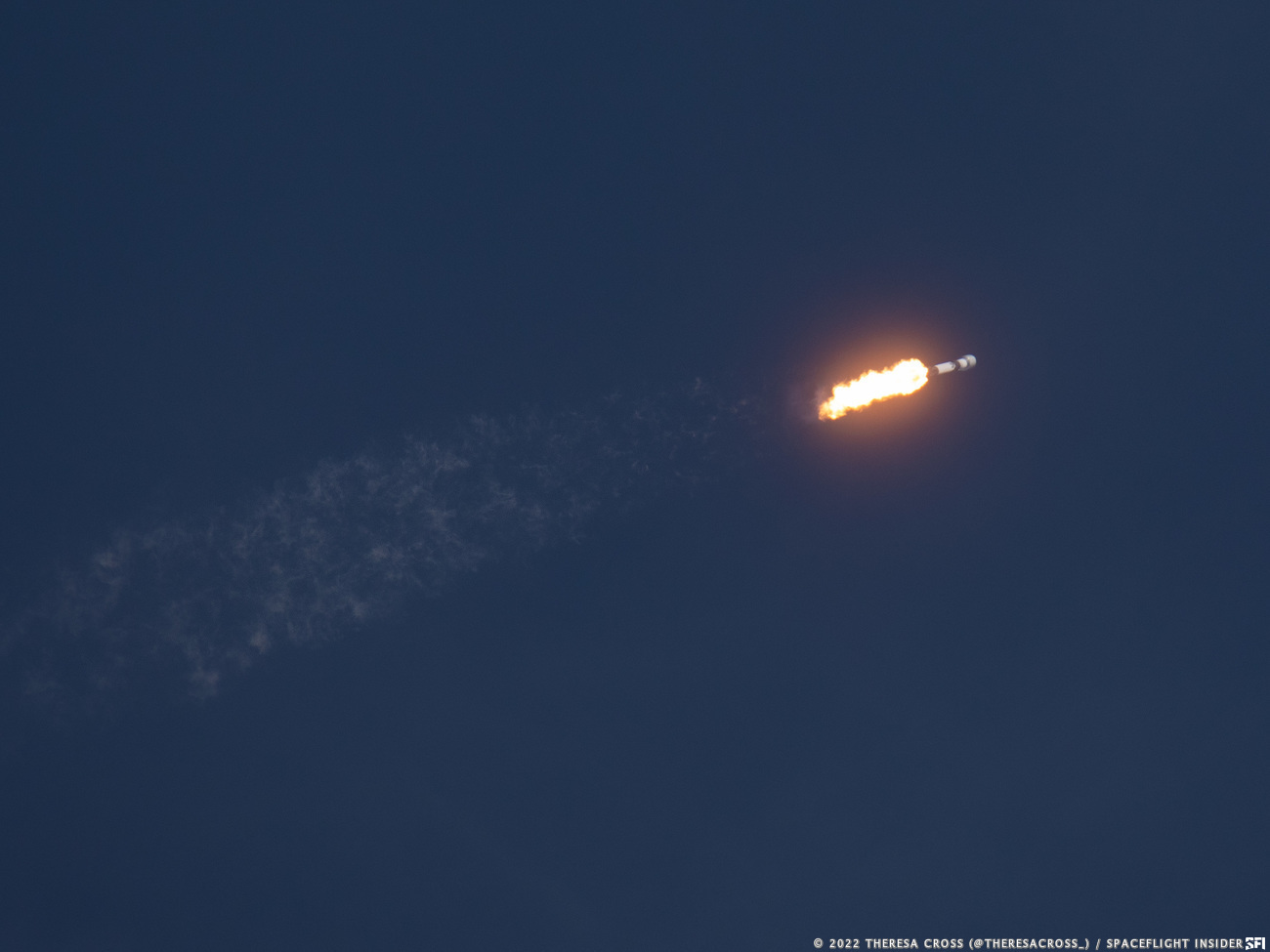 Aboard the 229-foot-tall (70-meter-tall) Falcon 9 were 46 Starlink satellites, a slight decrease from the previous launch, which had 49 spacecraft.

After the Feb. 3 launch, which placed its satellites into an slightly elliptical orbit with a low point of about 130 miles (210 kilometers), nearly 40 Starlink spacecraft were lost due to effects of a solar storm.

For this mission, the Starlink satellites were placed into a more-circular orbit with an altitude of about 200 miles (320 kilometers), inclined about 53.2 degrees relative to the Equator. The onboard ion propulsion system on the satellites are expected to raise their altitudes to about 335 miles (540 kilometers) over the coming weeks and months.

The Falcon 9 first stage for this mission, core B1058, completed its 11th flight, a roughly 38-day turnaround from its last trip to space. According to SpaceX, the stage previously launched the Crew Dragon Demo-2 mission, ANASIS-II, CRS-21, Transporter-1, Transporter-2 and five Starlink missions.

Of note, this is the second Falcon 9 first stage to reach the 11-flight milestone. SpaceX has stated in the past that the stages are designed to fly at least 10 times without significant refurbishment with the hope for over 100 launches each.

After its part in the ascent, which lasted about 2.5 minutes, the rocket booster landed on SpaceX drone ship “A Shortfall of Gravitas,” which was staged 636 km downrange near the Bahamas.

The twin fairings on the Falcon 9 are also expected to be recovered from this mission by “Doug,” a support ship for the company.

Today’s launch also set a new record of 33 consecutive landings for SpaceX. It was the seventh launch for the company in 2022 and 80th launch from Space Launch Complex 40.

This was the 36th operational Starlink mission, now totaling more than 2,100 launched with some 1,900 still in orbit. It was also the seventh flight for the fourth Starlink shell with about 30 launches remaining to fill the shell.

SpaceX’s Starlink internet constellation is expected to initially consist of about 12,000 satellites with plans for up to 42,000 satellites. The spacecraft network is designed to offer high-speed, low-latency internet nearly anywhere on the planet with a focus on underserved areas with either unreliable no connectivity.