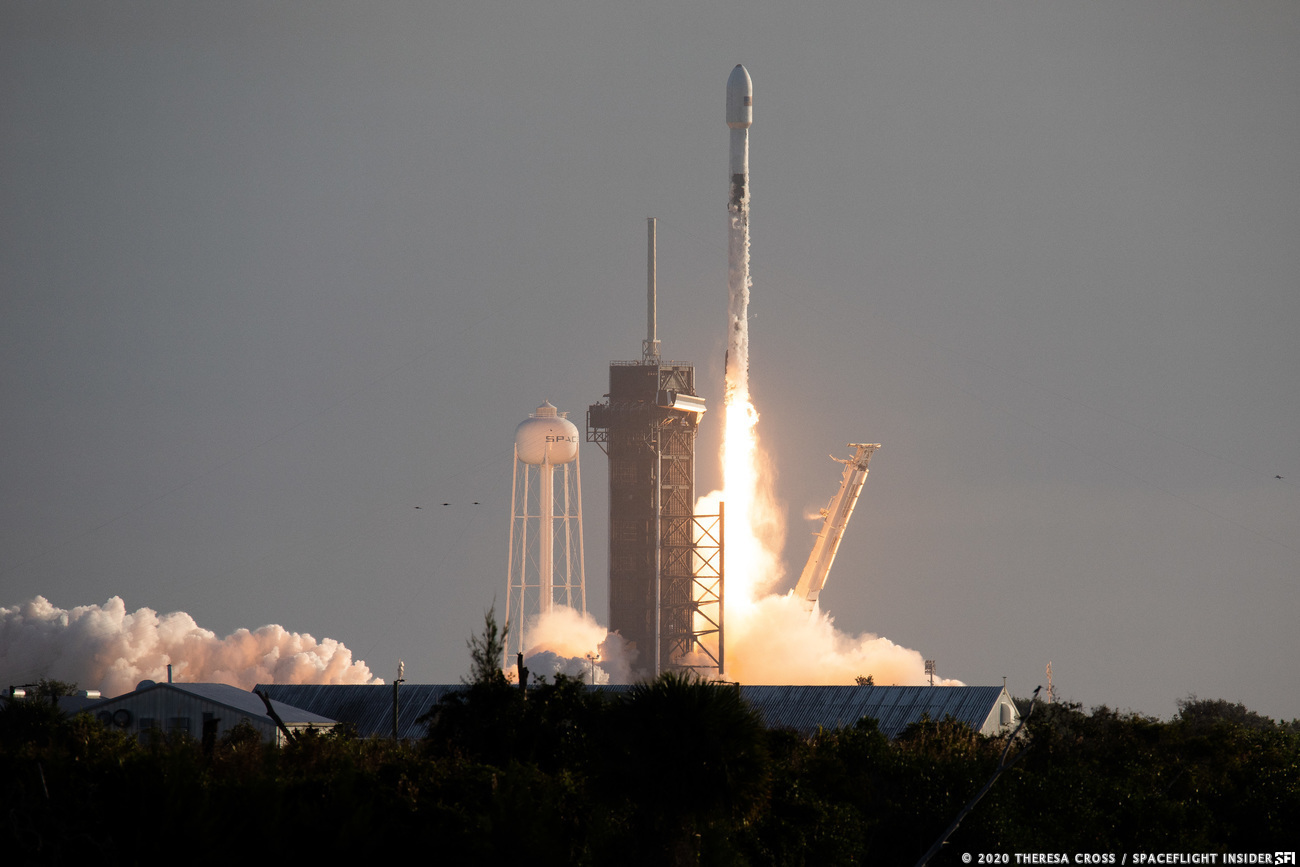 The SpaceX Falcon9 B1051 lifts off from Kennedy Space Center’s pad at LC39-A, flying for a sixth time as it carries the fourteenth batch of Starlink satellites aloft on October 18, 2020. Photo: Theresa Cross, SpaceFlight Insider

SpaceX launched its fourteenth batch of Starlink satellites from Cape Canaveral’s LC-39A, at 8:25 a.m. EDT, October 18, 2020, flying into blue Florida skies atop a Falcon9 booster flying for its sixth time.  The return of the first stage booster mere minutes later marked the 62nd successful recovery of a Falcon9 booster, the 32nd to the deck of the ASDS droneship “Of Course I Still Love You”. This is the second Falcon9 to be successfully recovered after a sixth mission.

Today’s launch came on the heels of recent announcements that beta testing of the Starlink system is yielding positive results, with very low latency reported alongside download speeds in excess of 100 Mbps. One early stage deployment which made international news saw SpaceX swiftly deliver critical communications capabilities to the firefighters, support teams and citizens fighting to save and stabilize wildfire-ravaged communities in the northwest. 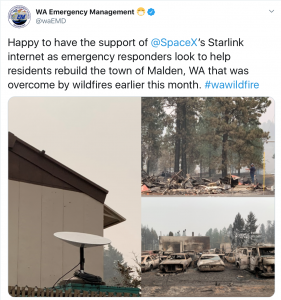 In a tweet from @waEMD, images were shared which show Starlink deployed in the field. Credit: Twitter/waEMD

During the live broadcast of September’s Starlink 11, SpaceX Senior Program Reliability Engineer Kate Tice confirmed that there had been tests conducted using two satellites which featured ‘space lasers’. “Recently as the Starlink team completed a test of two satellites …that are equipped with our inter-satellite links which we call called space lasers,” she said, “With these space lasers, the Starlink satellites were able to transfer hundreds of gigabytes of data.”

Continued testing and optimization of the inter-satellite communications through the “Space-Laser” feature will be an important component and benchmark to follow as SpaceX’s Starlink network data improves overall transfer rates, allowing latency rates to decrease and out-perform competing communications options. The company plans to mass-enable these inter-satellite links: “Once these space lasers are fully deployed, Starlink will be one of the fastest options to transmit data all over the world,” Tice stated.

SpaceX is preparing for their fifteenth Starlink launch, from SLC-40, on Wednesday, October 21st 12:36 p.m. EDT.