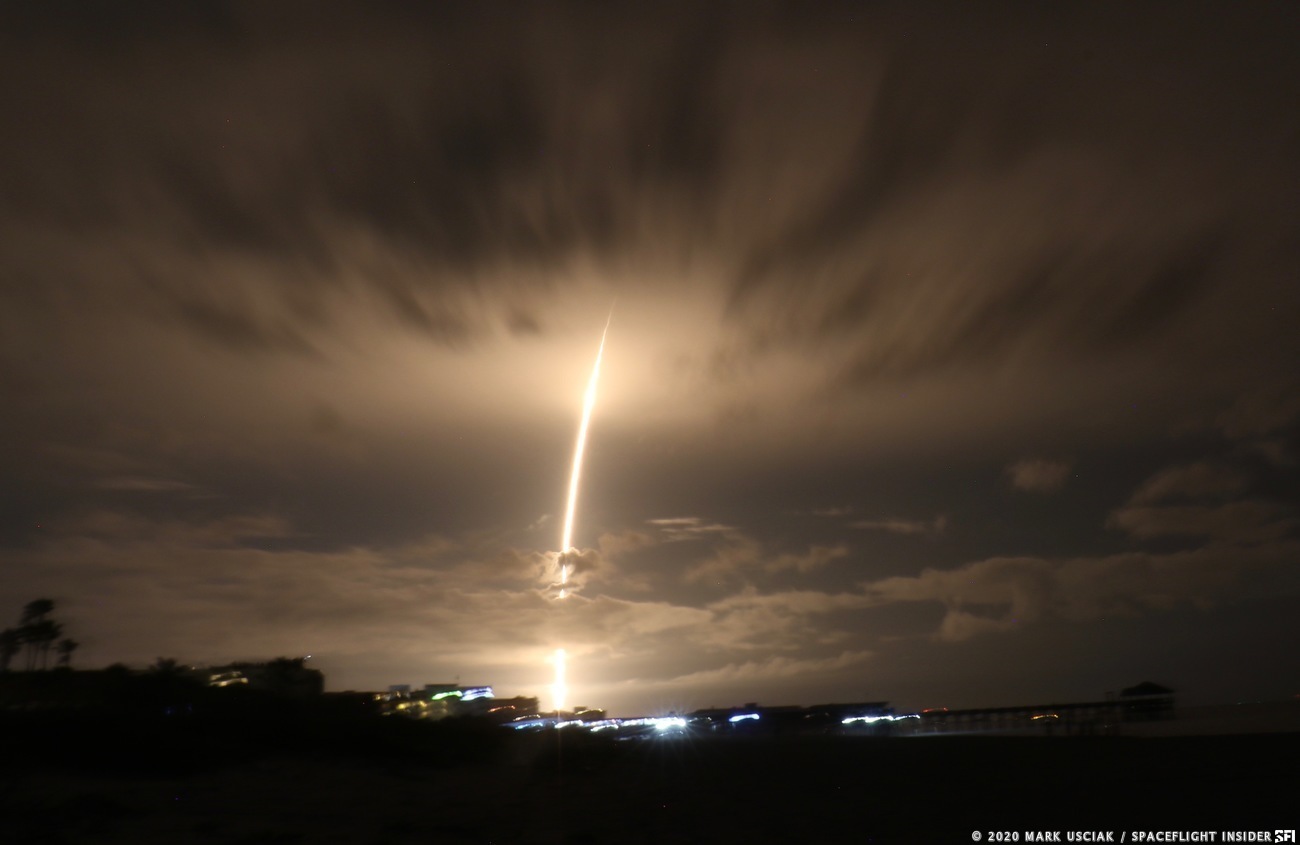 The Falcon 9’s first stage previously supported the Telstar 18 VANTAGE mission in September 2018, the Iridium-8 mission in January 2019, and two separate Starlink missions in May 2019 and in January 2020. 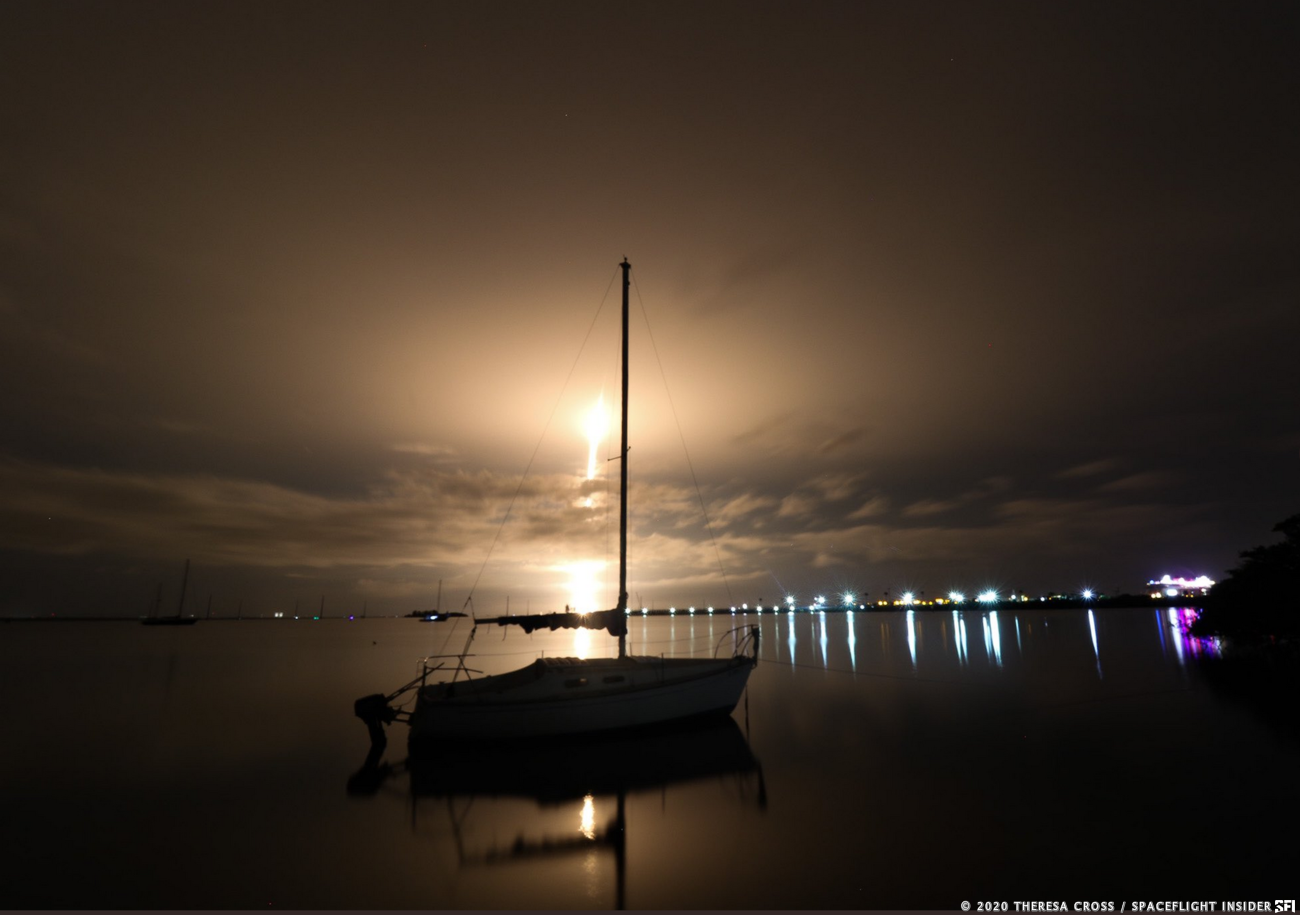 The cloudy skies of Cape Canaveral were lit up this evening, as Starlink-7 took to the skies from SLC-40. Photo: Theresa Cross, SpaceFlight Insider

Following stage separation, SpaceX successfully recovered the Falcon 9’s first stage on the “Just Read the Instructions” droneship, which was stationed in the Atlantic Ocean. This was the first booster recovery mission for JRTI since coming out of a major retrofit period, and it follows on the successful recovery of the Demo-2 first stage on Saturday, aboard Of Course I Still Love You. Approximately 45 minutes after liftoff, SpaceX’s fairing recovery vessels, “Ms. Tree” and “Ms. Chief,” will attempt to recover the two fairing halves.

The Starlink satellites began to deploy in an elliptical orbit approximately 15 minutes after liftoff, but prior to orbit raise, SpaceX engineers planned to conduct data reviews to ensure that all Starlink satellites were operating as intended. Once the checkouts are complete, the satellites will then use their onboard ion thrusters to move into their operational altitude of 550 km. Notably, SpaceX is using this launch to will loft the first Starlink satellite with a deployable visor to block sunlight from hitting the brightest spots of the spacecraft.

Sean Costello, with files from SpaceX 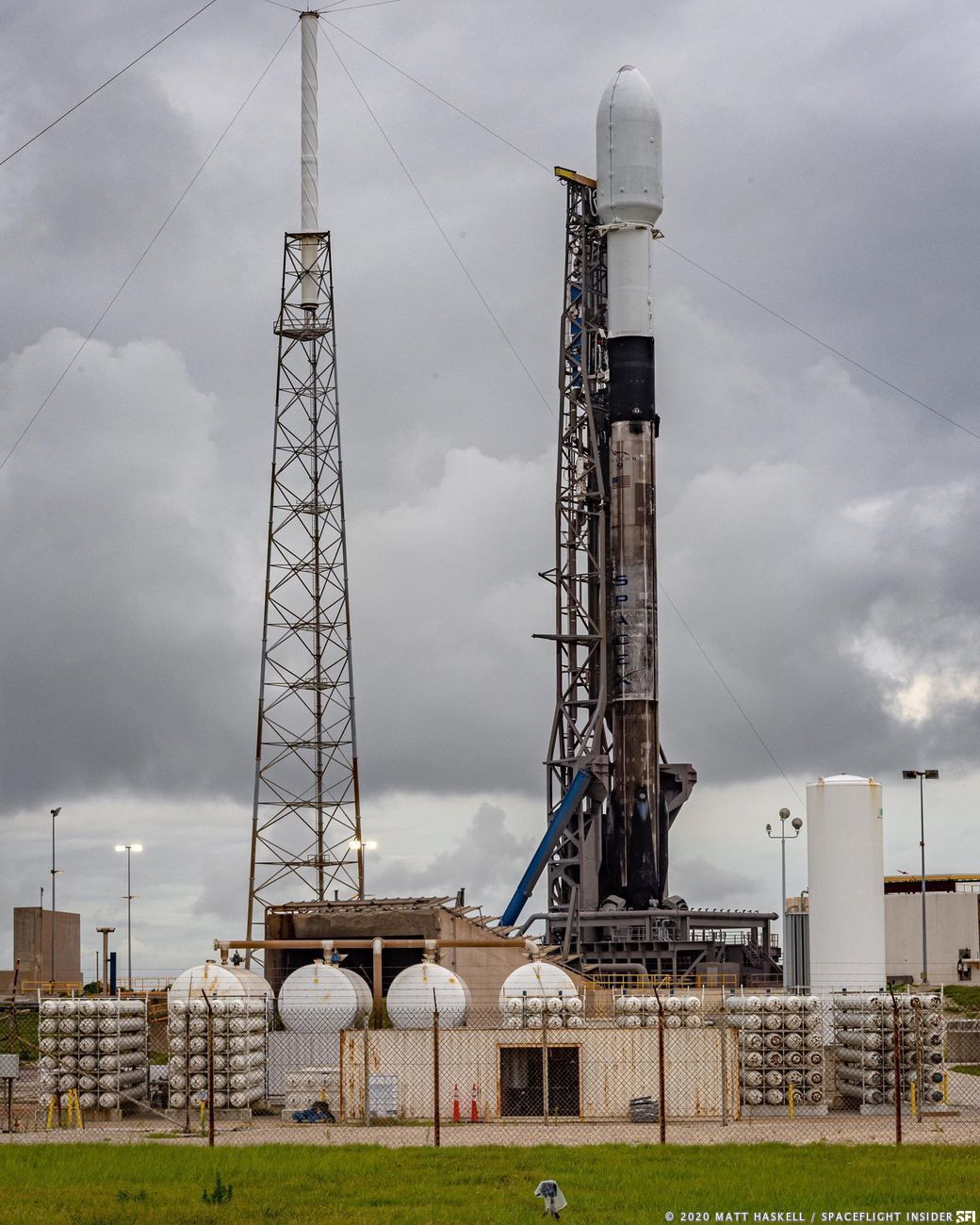 Falcon 9 with the Starlink-7 payload encapsulated sits ready to fly from SLC-40 at Cape Canaveral Air Force Station. In the foreground, one of the cameras set by Matt Haskell for SpaceFlight Insider awaits the moment of ignition, to capture the liftoff from an intimate distance. Photo: Matt Haskell, SpaceFlight Insider 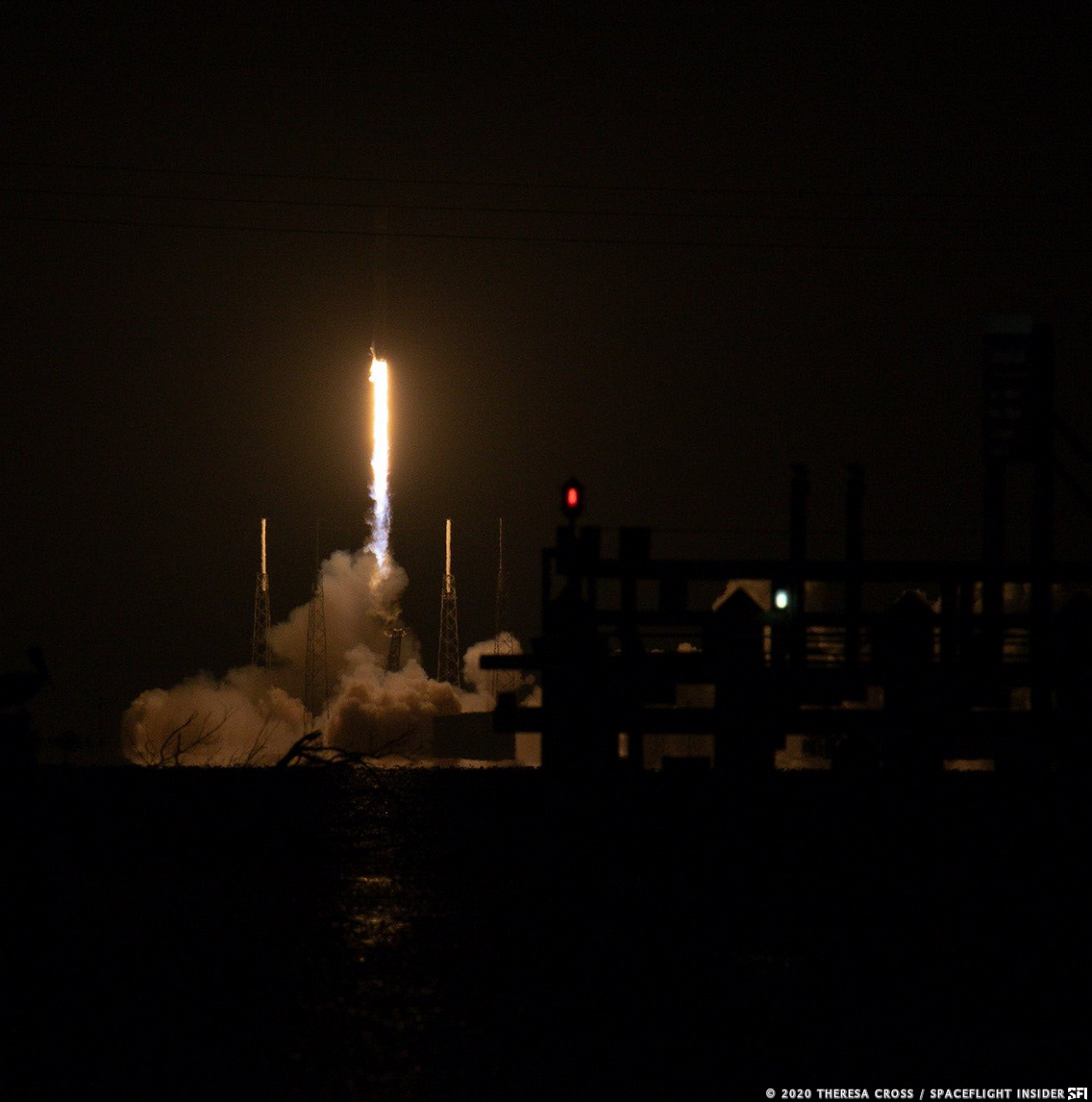