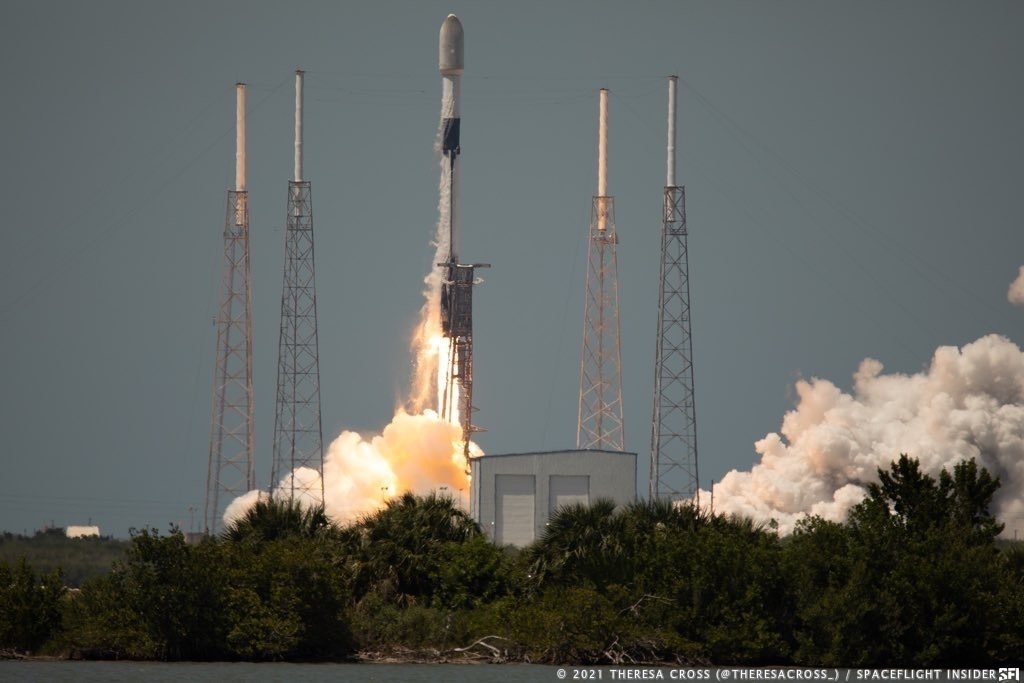 At 2:59 p.m. EDT (16:59 UTC) May 26, 2021, from Cape Canaveral Space Force Station’s Space Launch Complex 40 in Florida, a SpaceX Falcon 9 rocket launched toward orbit to deliver another batch of 60 Starlink satellites for the company’s internet constellation. 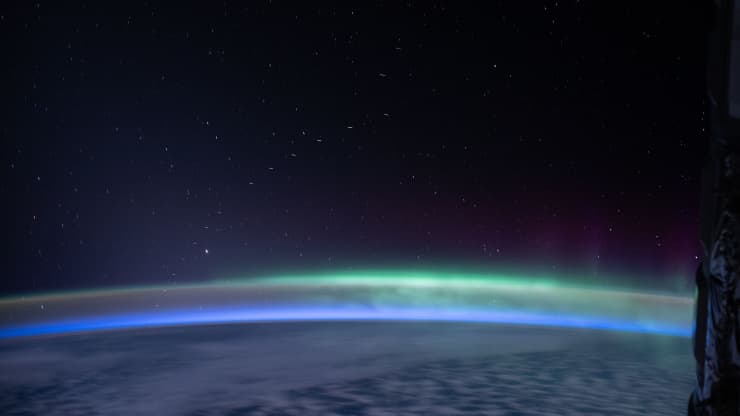 A view of several Starlink satellites as seen from the International Space Station. They are seen as a string of blurred dots going from the Earth on the lower left part of the image to the upper center part of the image. Credit: NASA

This was the second flight of booster B1063, whose previous launch flew in support of Sentinel-6 Michael Freilich launch at Vandenberg Air Force Base with a return to Landing Zone 4 in November 2020.

Today’s flight included the first landing for B1063 on a SpaceX drone ship, Just Read The Instructions, supported by Tug Finn Falgout and Tug GO Quest staged in the Atlantic Ocean approximately 385 miles (620 kilometers) down-range from the launch site.

Also recovered were the fairing halves. They were pulled out of the ocean after today’s launch some 410 miles (665 kilometers) downrange from Florida by SpaceX fleet ship GO Searcher.

Today marks the 29th Starlink mission and brings the total number of satellites launched into orbit to 1,737 since 2019.

This particular mission also marks the completion of the first Starlink shell. The company anticipates all its current satellites should be in their final orbit by the end of 2021. 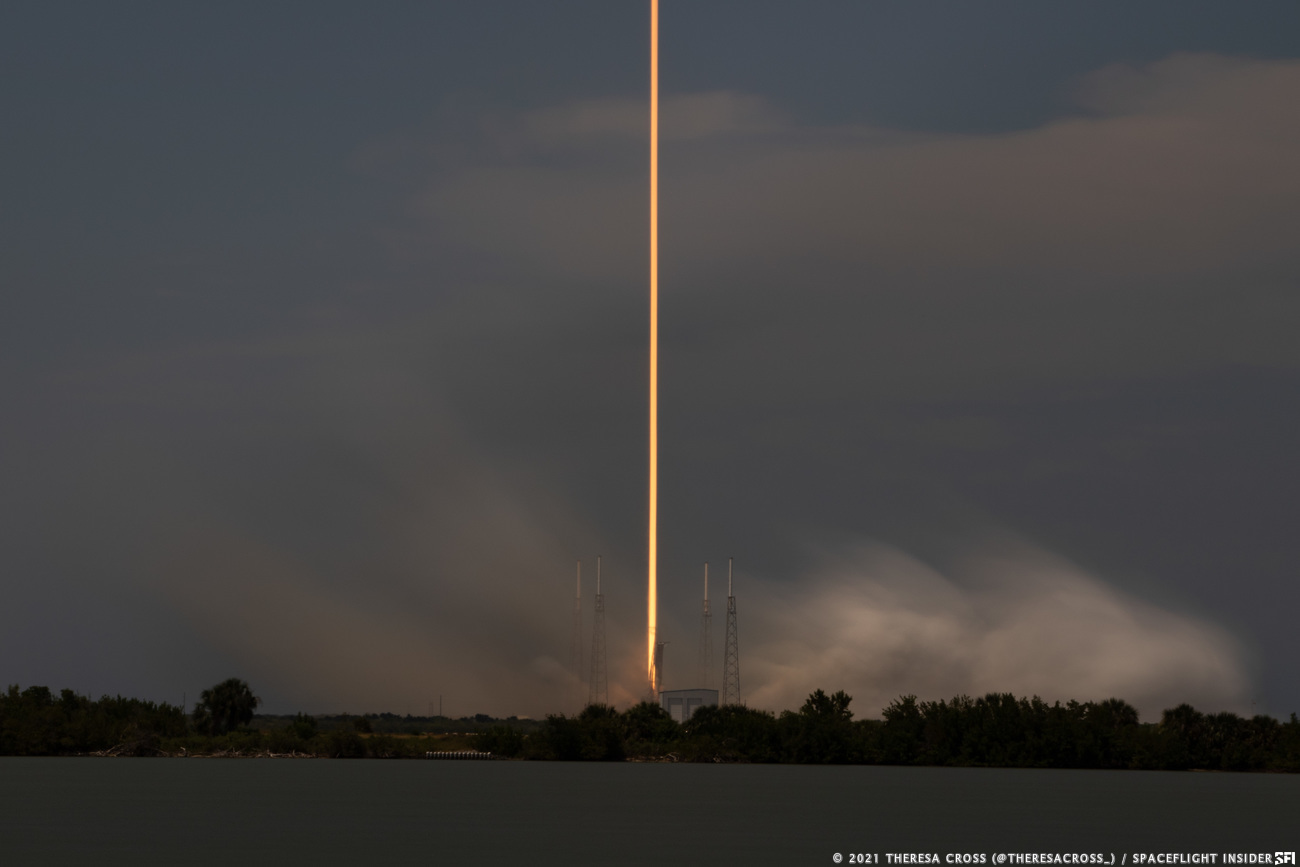