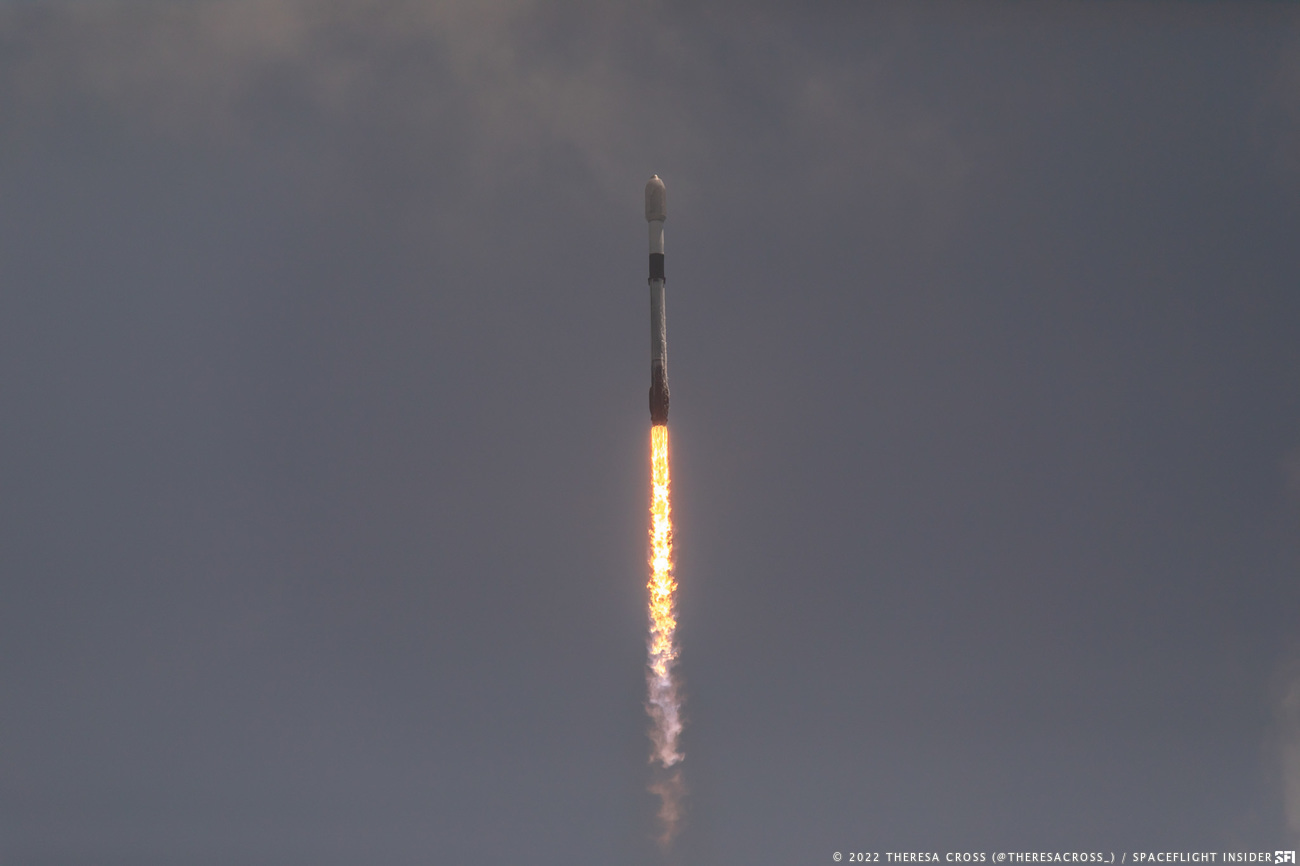 Launching for the 13th time, a SpaceX Falcon 9 booster lofted another batch of Starlink internet satellites into low Earth orbit.

Flying the mission’s first leg was Falcon 9 first stage core B1060, which was on its record-breaking 13th use.

Core B1060 first flew in June of 2020 to orbit a GPS III satellite for the U.S. Department of Defense. Since then, it has lofted a Turkish spacecraft, a dedicated rideshare mission, as well as more than 500 Starlink satellites.

Its most recent mission was this April when it also launched 53 Starlink satellites. Between that flight and this flight was about 55 days.

This mission was also the 100th re-flight of a Falcon 9 first stage and the 50th consecutive successful landing. The booster intercepted and landed on SpaceX’s drone ship “A Shortfall of Gravitas” staged around 400 miles (650 kilometers) downrange in the Atlantic Ocean.

The two fairing halves are expected to be retrieved by the tug “Doug,” which is part of the company’s support fleet.