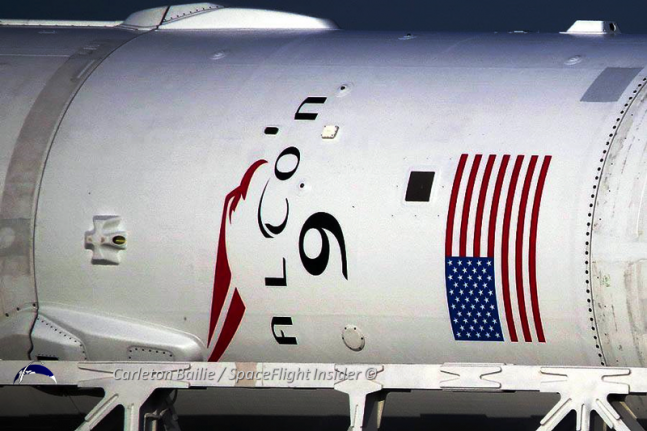 CAPE CANAVERAL, Fla – According to NASASpaceFlight.com, the United States Air Force’s 45th Space Wing has approved a target date of Saturday, Sept. 6 at 12:50 a.m. EDT (0450 GMT) for a Space Exploration Technologies (SpaceX ) Falcon 9 v1.1 with its cargo of the AsiaSat 6 telecommunications spacecraft. This new launch date comes off of the scrubbed Aug. 27 launch last week. Although some reports have labeled the loss of a Falcon 9 Reusable test article as a determining factor behind the delay – SpaceX has flatly denied this.

The cause of the delay has been suggested as a potential leak with the F9’s upper stage, but engineers within the company have remained mum about the actual cause only stating that they wanted more time to review the situation before moving ahead with a new launch date. “SpaceX has decided to postpone tomorrow’s flight of AsiaSat 6. We are not aware of any issue with Falcon 9, nor the interfaces with the Spacecraft, but have decided to review all potential failure modes and contingencies again. We expect to complete this process in one to two weeks.

The natural question is whether this is related to the test vehicle malfunction at our development facility in Texas last week. After a thorough review, we are confident that there is no direct link. Had the same blocked sensor port problem occurred with an operational Falcon 9, it would have been outvoted by several other sensors. That voting system was not present on the test vehicle.

What we do want to triple-check is whether even highly improbable corner case scenarios have the optimal fault detection and recovery logic. This has already been reviewed by SpaceX and multiple outside agencies, so the most likely outcome is no change. If any changes are made, we will provide as much detail as is allowed under U.S. law.”

If SpaceX can carry out the Sept. 6 launch as planned, there will likely be no impact to the the planned Sept. 19 launch of a Falcon 9 rocket and Dragon spacecraft carrying out the Commercial Resupply Services 4 flight to the International Space Station on behalf of NASA. If so, this issue could also see the next launch of Orbital Sciences Corporation’s Antares booster and Cygnus cargo vessel either slip – or be moved up. Stay tuned to SpaceFlight Insider as details are made available.