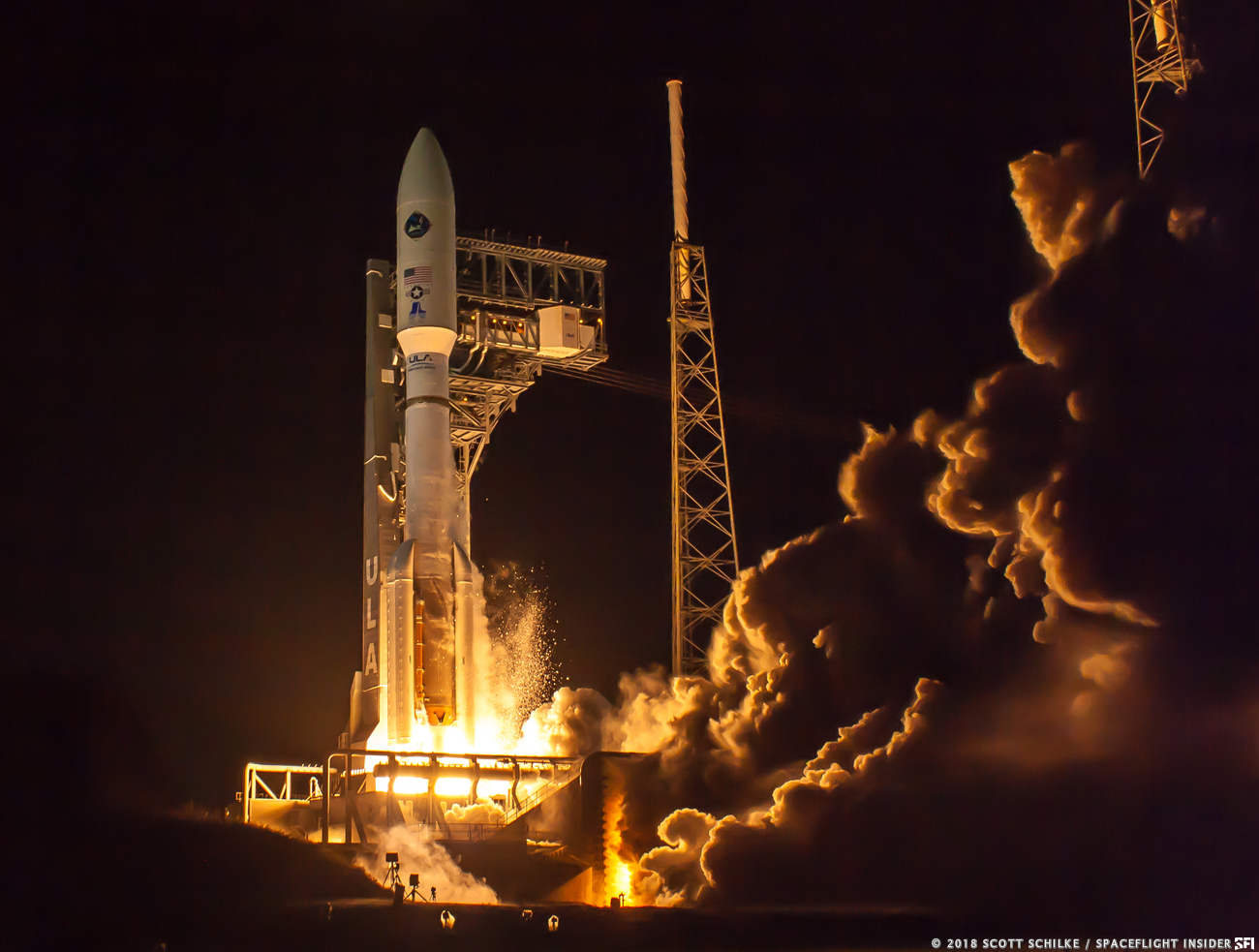 United Launch Alliance (ULA), Northrop Grumman, Rocket Lab and Virgin Galactic conducted 14 launches from the United States this past year. The payloads were even more diverse than the companies that delivered them to orbit.

ULA kicked off 2018 with the launch of NROL-47 on a Delta Medium+ (5,2) rocket from SLC-6 at Vandenberg Air Force Base, California on Jan. 13. The mission’s payload was the fourth Topaz synthetic aperture radar imaging satellite which ULA launched on behalf of the National Reconnaissance Office. 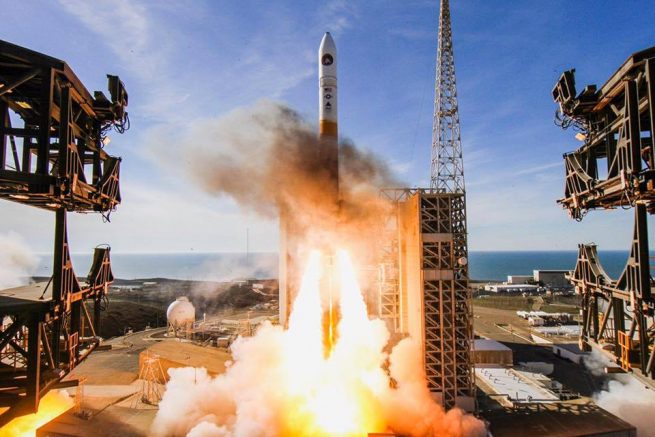 Then, on Mar. 1, 2018, an Atlas V 541 lifted off from Cape Canaveral Air Force Station’s SLC-41 with GOES-S for NOAA and NASA. Atlas and its Centaur upper stage placed the spacecraft in a geostationary transfer orbit. GOES-S is the second of the latest generation of American weather satellites.

A month and a half later, the most powerful variant of the Atlas V, the 551, launched AFSPC-11 for the United States Air Force. The primary payload was the Continuous Broadcast Augmented Satcom (CBAS) and the Evolved Expendable Launch Vehicle Secondary Payload Adaptor Augmented Geostationary Laboratory Experiment (EAGLE) was the secondary payload. Atlas and Centaur placed the two payloads directly into geostationary orbit. AFSPC-11 was the first direct-to-GEO mission for Atlas V.

After a three-and-a-half month hiatus, ULA returned to action with the launch of Parker Solar Probe on Aug. 12, 2018. A Delta IV Heavy launched Parker Solar Probe on humanity’s first ever mission to “touch the Sun.” This was the first time the NASA Launch Services Program had used a Delta IV Heavy and was the first time the vehicle launched with a third stage.

On Sept. 12, the final Delta II launched with ICESat-2 from Vandenberg Air Force Base. ICESat-2 will use its laser altimeter to measure changes in Earth’s ice sheets. The launch was the 100th successful launch in a row for Delta II.

On Oct. 16,2018, ULA conducted its last launch of 2018. An Atlas V 551 placed the fourth Advanced Extremely High Frequency satellite into a supersynchronous geostationary transfer orbit for the United States Air Force. The AEHF constellation will replace the aging Milstar constellation orbited by Titan IVs in the late 1990s and early 2000s.

Rocket Lab roared to life this year with a total of three Electron launches from there launch site at New Zealand’s Mahia Pennisula. 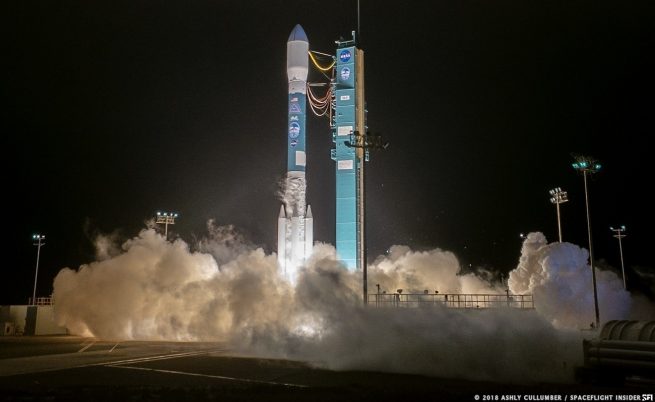 The first launch of the year, dubbed “Still Testing,” was sent on its way on Jan. 21,2018. The primary payload consisted of three CubeSats. Two of Spire’s commercial weather and ship tracking satellites and one of Planet’s Dove earth imaging satellites. Also hitching a ride was a 3-foot wide geodesic sphere covered in mirrors known as Humanity’s Star.

On Nov. 11, Rocket Lab launched “It’s Business Time” with 6 commercial satellites onboard for a variety of customers. They followed this up on Dec. 11 by sending NASA’s first Venture-class launch services mission into space. On the ELaNa XIX mission, Electron lofted ten CubeSats and for NASA and academic institutions under the Educational Launch of Nanosatellites (ELaNa) initiative.

When one includes SpaceX’s 21 launches, this brings the total of orbital missions to 34. However, there were other critical missions that, while not reaching orbit, did push the envelope in terms of

Virgin Galactic ended the United State’s human spaceflight drought on Dec. 13, 2018. Virgin Galactic’s SpaceShipTwo launched from its carrier aircraft and reached an altitude of 51 miles above Earth’s surface. This meant the craft and its two crew crossed the 50-mile line recognized by the FAA as the boundary of space. This was the first crewed spaceflight to launch from U.S. soil since the launch of STS-135 in 2011.

These totals are just for U.S. launches, numerous other missions took to the skies across the globe, with more than 110 missions lifting off from other nations.

That title seems like a pretty big stretch. ULA’s eight 2018 launches do not quite put it on the same level as SpaceX. And the others made even fewer.

It says Space X wasn’t the ONLY company that made 2018 such a busy year. It doesn’t say the other companies matched Space X or they were on the same level or whatever it is you’re rambling about. Learn to read dumbass.

Total = 112 successful launches…thank goodness that ULA was able to keep us busy.

All the discussion about the others and one line about S[ace X which happened to launch a 5 million pound thrust rocket (and 20samler ones?