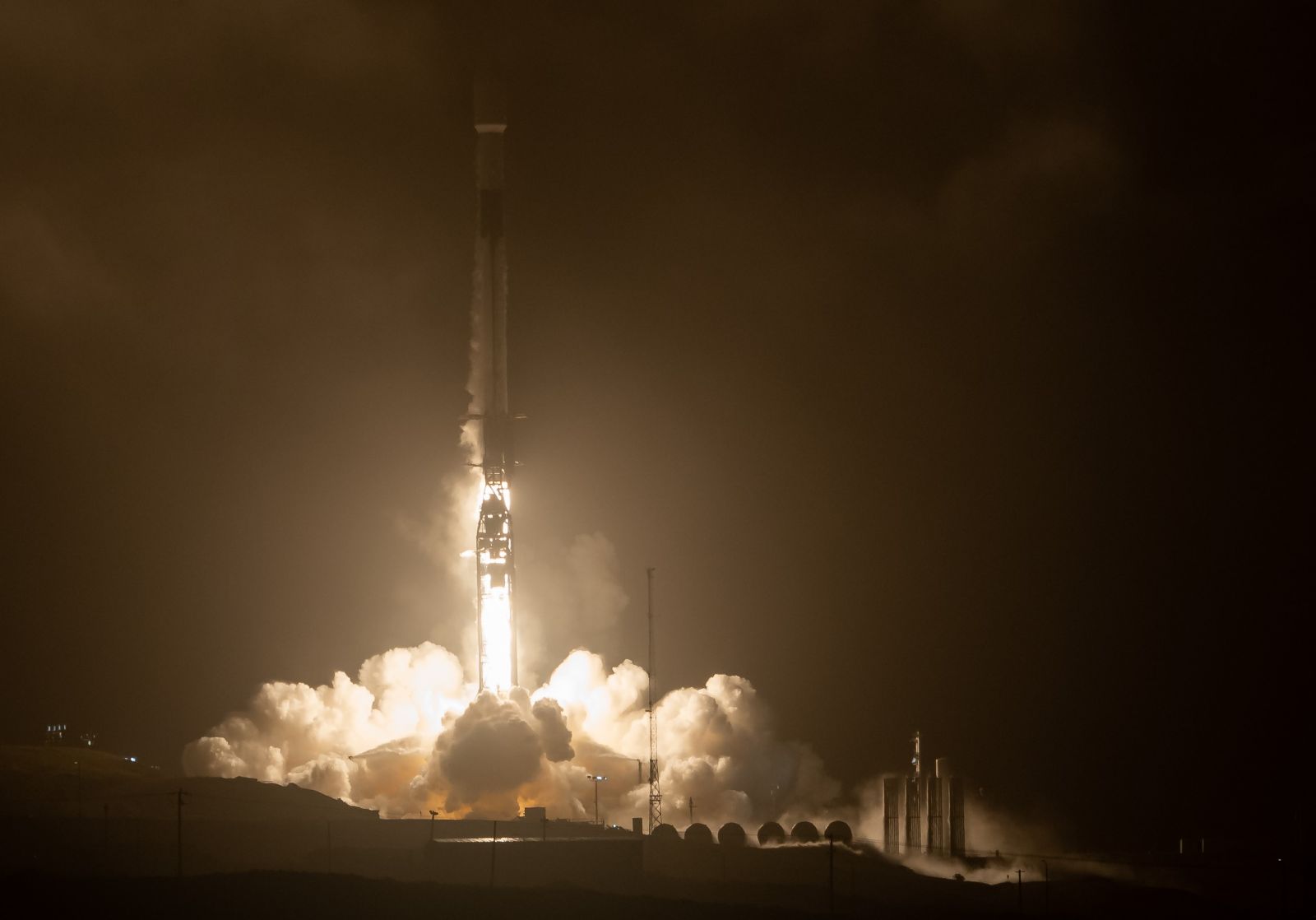 Liftoff occurred atop a SpaceX Falcon 9 rocket at 1:21 a.m. EST (06:21 UTC) Nov. 24, 2021, from Space Launch Complex 4E at Vandenberg Space Force Base in California. DART was deployed about 56 minutes after launch.

This mission is set to test a technique called kinetic impactor to see how well ramming an asteroid with a spacecraft can change the asteroid’s trajectory. Given enough time, a small change in velocity can add up over time.

The DART spacecraft, about the size of a golf-cart, is now on course to travel approximately 6 million miles (9.6 million kilometers) to a binary asteroid system called Didymos, which currently poses no danger to Earth, and engage with it “head on” to see how the impact will affect the space rock’s speed and course.

Didymos, the main body of the system, is about 2,560 feet (780 meters) wide. It has a small moonlet called Dimorphos that is about 525 feet (160 meters) across and orbits Didymos about once every 12 hours. 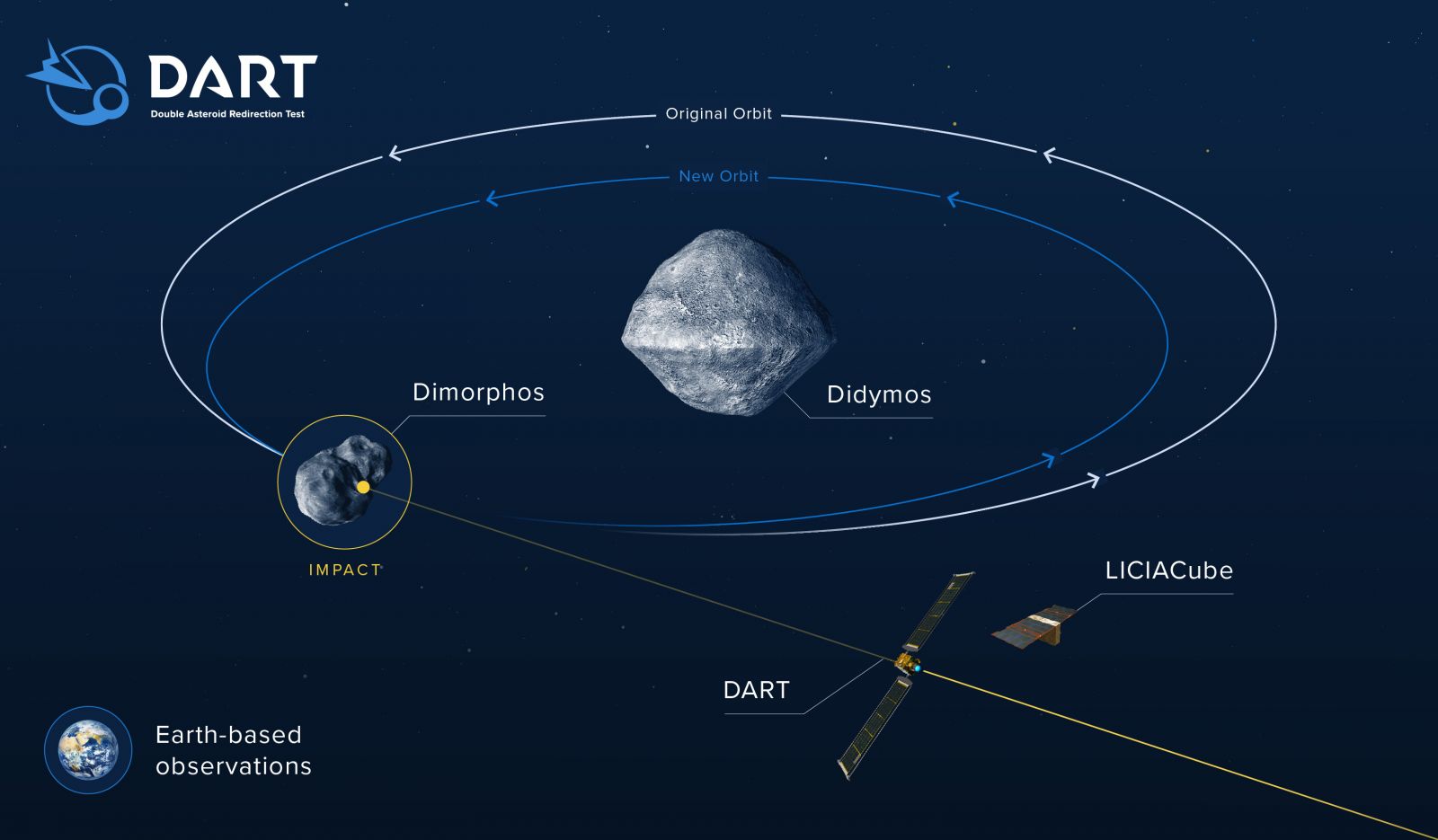 The 1,350-pound (610-kilogram) DART spacecraft is aiming for Dimorphos. It’ll hit the smaller body at a speed of about 4 miles (6.6 kilometers) per second in late September 2022, to change the moonlet’s orbital velocity by less than a millimeter per second, enough to change its orbital period around Didymos by several minus.

“The right time to deflect an asteroid is as far away from the Earth as we can,” says Lindley Johnson, NASA’s planetary defense officer. “The strategy is to find these objects not only years, but decades before they are any kind of an impact hazard to the Earth.”

According to NASA, there is no known asteroid larger than 140 meters in size that has a significant chance to hit Earth for at least the next 100 years. However, the agency says only about 40 percent of those asteroids have been found.

A little over a week ahead of impact, a small CubeSat called the Light Italian CubeSat for Imaging of Asteroids, LICIACube, will separate from the main DART spacecraft to capture images of the impact to be relayed back to Earth.

Ground-based telescopes will also assist in capturing these last moments before impact to help record data helping scientists with their calculations and assessments as to the degree in which the test may have altered the orbit of Dimorphos.