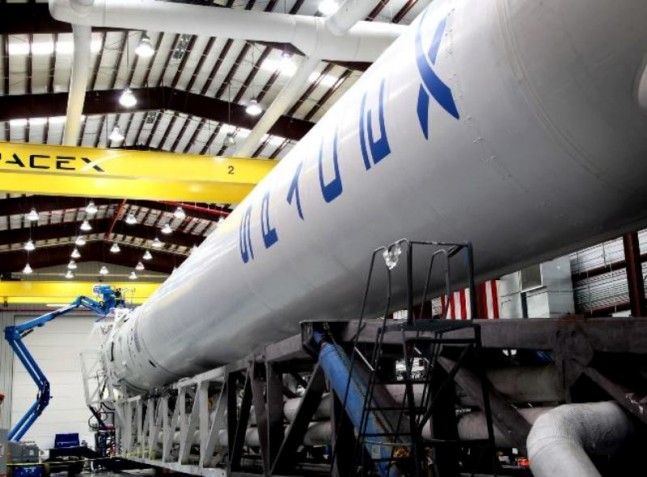 CAPE CANAVERAL, Fla — Tonight’s planned launch of the AsiaSat 6 satellite by Space Exploration Technologies (SpaceX ) has been scrubbed, with no new launch date provided. SpaceX has since issued a statement that the Aug. 22 accident, which saw the loss of a Falcon 9 Reusable test article, was not the cause for this delay.

Liftoff was originally scheduled for August 26, 12:50 a.m. EDT (0450 GMT) from Cape Canaveral Air Force Station’s Space Launch Complex 40 (SLC-40) located in Florida. It slipped to August 27, 12:50 a.m. EDT, due to the recent in-flight failure of the Falcon 9 Reusable test article, and has now been delayed again. SpaceX had already requested August 28 as an additional backup date, but so far, the new launch date is still TBA.

The cause of the delay has been suggested as a potential leak with the F9’s upper stage, but engineers within the company have remained mum only stating that they wanted more time to review the situation before moving ahead with a new launch date.  SpaceX CEO and Chief Designer Elon Musk issued the following statement several hours after the scrub was called:

“SpaceX has decided to postpone tomorrow’s flight of AsiaSat 6. We are not aware of any issue with Falcon 9, nor the interfaces with the Spacecraft, but have decided to review all potential failure modes and contingencies again. We expect to complete this process in one to two weeks.

The natural question is whether this is related to the test vehicle malfunction at our development facility in Texas last week. After a thorough review, we are confident that there is no direct link. Had the same blocked sensor port problem occurred with an operational Falcon 9, it would have been outvoted by several other sensors. That voting system was not present on the test vehicle.

What we do want to triple-check is whether even highly improbable corner case scenarios have the optimal fault detection and recovery logic. This has already been reviewed by SpaceX and multiple outside agencies, so the most likely outcome is no change. If any changes are made, we will provide as much detail as is allowed under U.S. law.”

Given the nature of Musk’s comments, it is unclear at present what impact, if any, this will have on the planned Sept. 19 launch of a Falcon 9 rocket and Dragon spacecraft carrying out the Commercial Resupply Services 4 flight to the International Space Station on behalf of NASA. If so, this issue could also see the next launch of Orbital Sciences Corporation’s Antares booster and Cygnus cargo vessel either slip – or be moved up. Stay tuned to SpaceFlight Insider as details are made available.

Mr. Johnson,
As L2, is a paid forum, neither Rae nor myself have access to it. Another staff member added the information about the helium leak, he drafted his comments from an email Elon Musk sent out. Given Musk’s email is the likely source of the information appearing on both sites – the two posts are going to sound similar. However, in an over-abundance of caution, the wording that formed the basis of your complaint was changed. This was done to reflect the serious nature of your charges.

While, we appreciate the fact you want to support another website – we don’t appreciate accusations of theft of intellectual property. We contacted Mr. Bergin and informed him of your comments. In the future, we’d appreciate it if you’d contact SFI staff directly with your concerns.

This article is ill informed. The new launch is already set for tomorrow.

Launch of the AsiaSat 6 satellite to geosynchronous transfer orbit is targeted for the early morning hours of Wednesday, August 27, with a backup opportunity on August 28. The launch window opens at 12:50am ET. Watch the live launch webcast at livestream.com beginning at about 12:35am ET.

My apologies. Apperently this article was well informed and the information is not updated yet on the livestream.com website. Well, beter safe than sorry.

Wow, SpaceX fanboys are so rabid after a few public lawsuits and technical failures.

Great work on this article.

Thanks Rae for keeping Brevard county up on whats happening in the space community in Brevard County. Hopefully we can soon see stories about good things to come, like more space jobs. It’s also nice to be able to come to a forum site and read the truth about spacex. It seems other sites edit out anything negative about spacex.

Thanks for the positive feedback. We do work to provide information without spin!