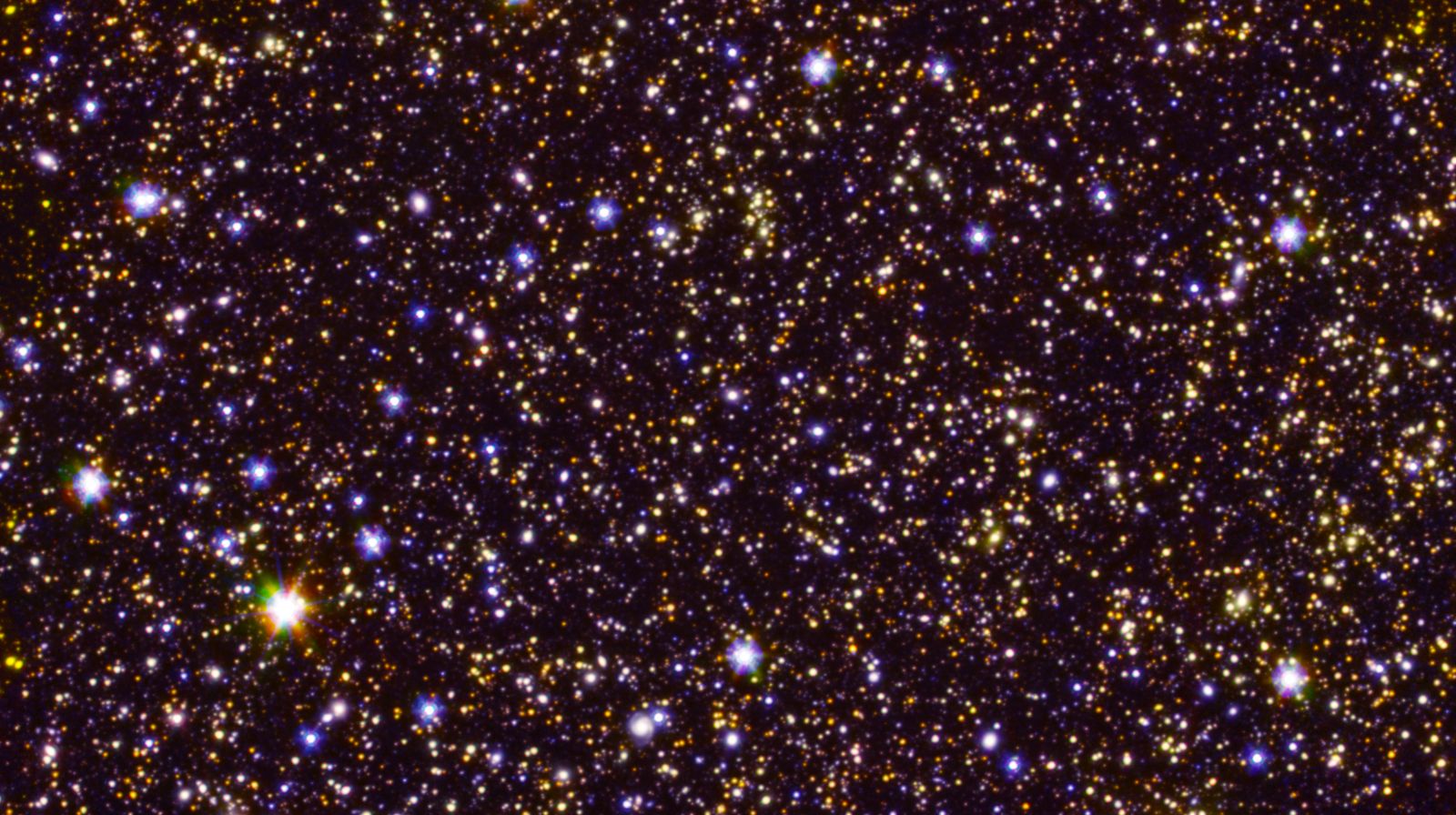 The universe’s earliest galaxies, which formed less than one billion years after the Big Bang, may have been significantly brighter than previously thought, scientists found in a study conducted with NASA’s Spitzer Space Telescope.

By observing these ancient galaxies in specific infrared wavelengths, scientists conducting the study learned that average galaxies at that time were much brighter in these wavelengths than galaxies of today.

Immediately following the Big Bang, approximately 13.8 billion years ago, the universe was made up of neutral hydrogen gas. Sometime within the first billion years, this gas began forming stars and galaxies. Because this process involved the stripping away of electrons from the neutral hydrogen gas, a process known as ionization, this time period has become known as the Epoch of Reionization.

Scientists have long been uncertain as to the source of the ionizing radiation that drove this process. Today’s stars and galaxies do not release sufficient ionizing radiation to facilitate something like this. One possible radiation source is quasars or the active galactic nuclei surrounding galaxies’ central supermassive black holes.

Before the transformation, when the universe was composed largely of neutral hydrogen, long wavelengths of light, such as visible light and radio waves, traveled freely throughout the universe while shorter wavelengths, such as ultraviolet light, X-rays, and gamma rays, were stopped by encounters with the neutral hydrogen, which they then ionized.

Stephane De Barros of the University of Geneva in Switzerland and lead author of a paper on the study published in Monthly Notices of the Royal Astronomical Society, described the reionization of the universe as “one of the biggest open questions in observational cosmology.”

“We know what happened, but what caused it?” De Barros said. “These new findings could be a big clue.”

To answer this question, De Barros’ team used the Spitzer Space Telescope to study two separate regions of the sky for more than 200 hours each. These longest-ever observations with Spitzer allowed the researchers to observe light that was emitted over 13 billion years ago. All of the remote galaxies observed showed brightness in two specific infrared wavelengths known to result from the interaction of hydrogen and oxygen gases with ionizing radiation.

These early galaxies were populated with stars composed mostly of hydrogen and helium, with only small amounts of heavier elements, such as carbon, nitrogen, and oxygen.

“We did not expect that Spitzer, with a mirror no larger than a hula hoop, would be capable of seeing galaxies so close to the dawn of time,” said Spitzer project scientist Michael Werner of NASA’s Jet Propulsion Laboratory in Pasadena, California. “But nature is full of surprises, and the unexpected brightness of these early galaxies, together with Spitzer’s superb performance, puts them within range of our small but powerful observatory.”

The study confirms the conditions of early galaxies were significantly different than those of today’s galaxies, said Pascal Oesch of the University of Geneva, adding that the James Webb Space Telescope (JWST), scheduled for launch in 2021, should provide further insight into the reason for these differences.

JWST will have a primary mirror of 21 feet (6.5 meters), in contrast with Spitzer, whose primary mirror is 33.4 inches (85 centimeters). Scientists hope to use JWST to observe light from the universe’s earliest stars and galaxies.

The recent study was part of a project known as the GOODS Re-ionization Era wide-Area Treasury from Spitzer (GREATS). GOODS is itself an acronym for Great Observatories Origins Deep Survey, the name of the first observation of reionization targets. 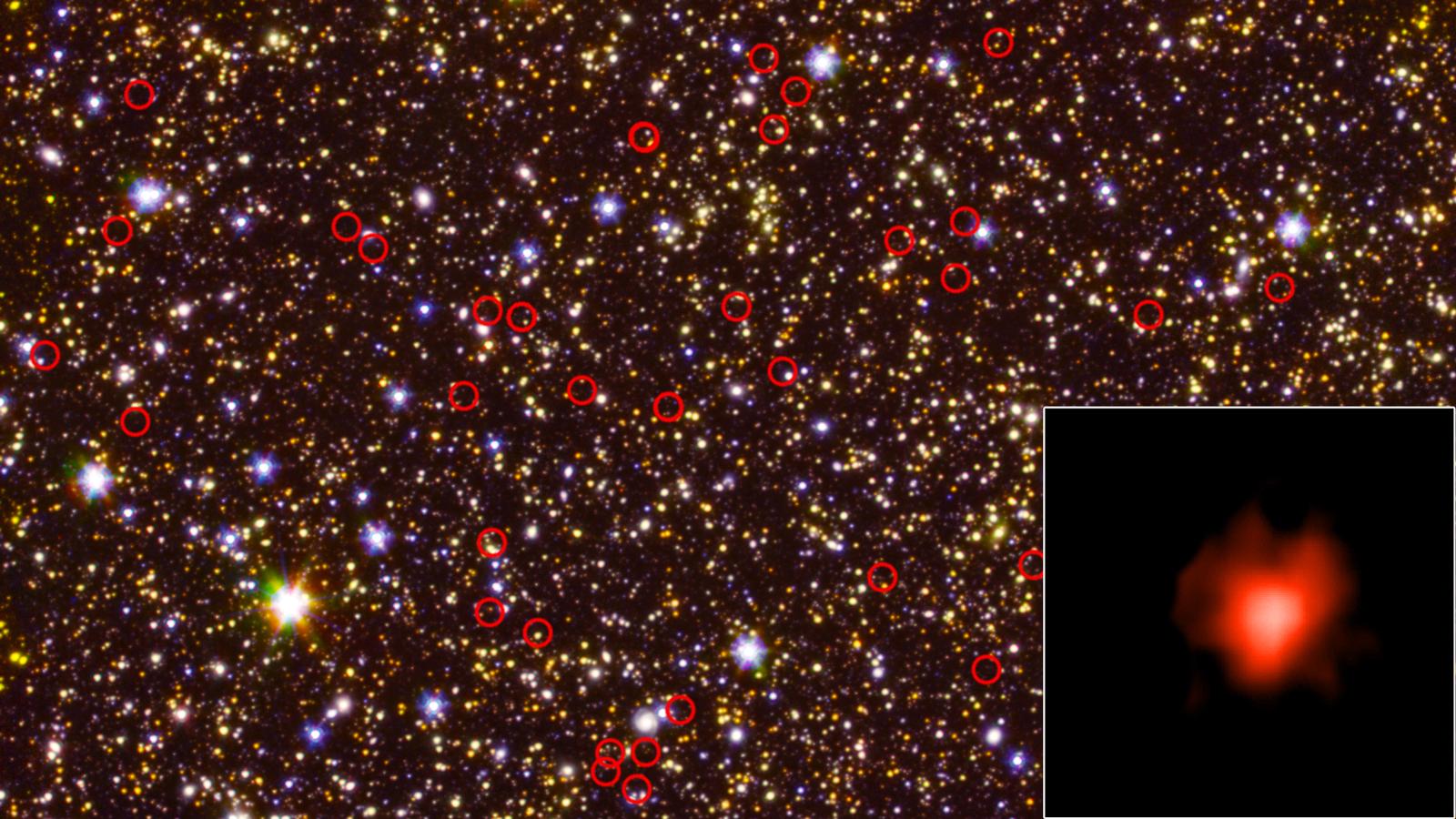 An annotated photo a deep-field view of the sky taken by NASA’s Spitzer Space Telescope. Circled in red are very faint, distant galaxies, while the inset photo shows light collected from one of those galaxies during a long-duration observation. Photo Credit: NASA/JPL-Caltech/ESA/Spitzer/P. Oesch/S. De Barros/I.Labbe