Spitzer telescope to be decommissioned after 16 years 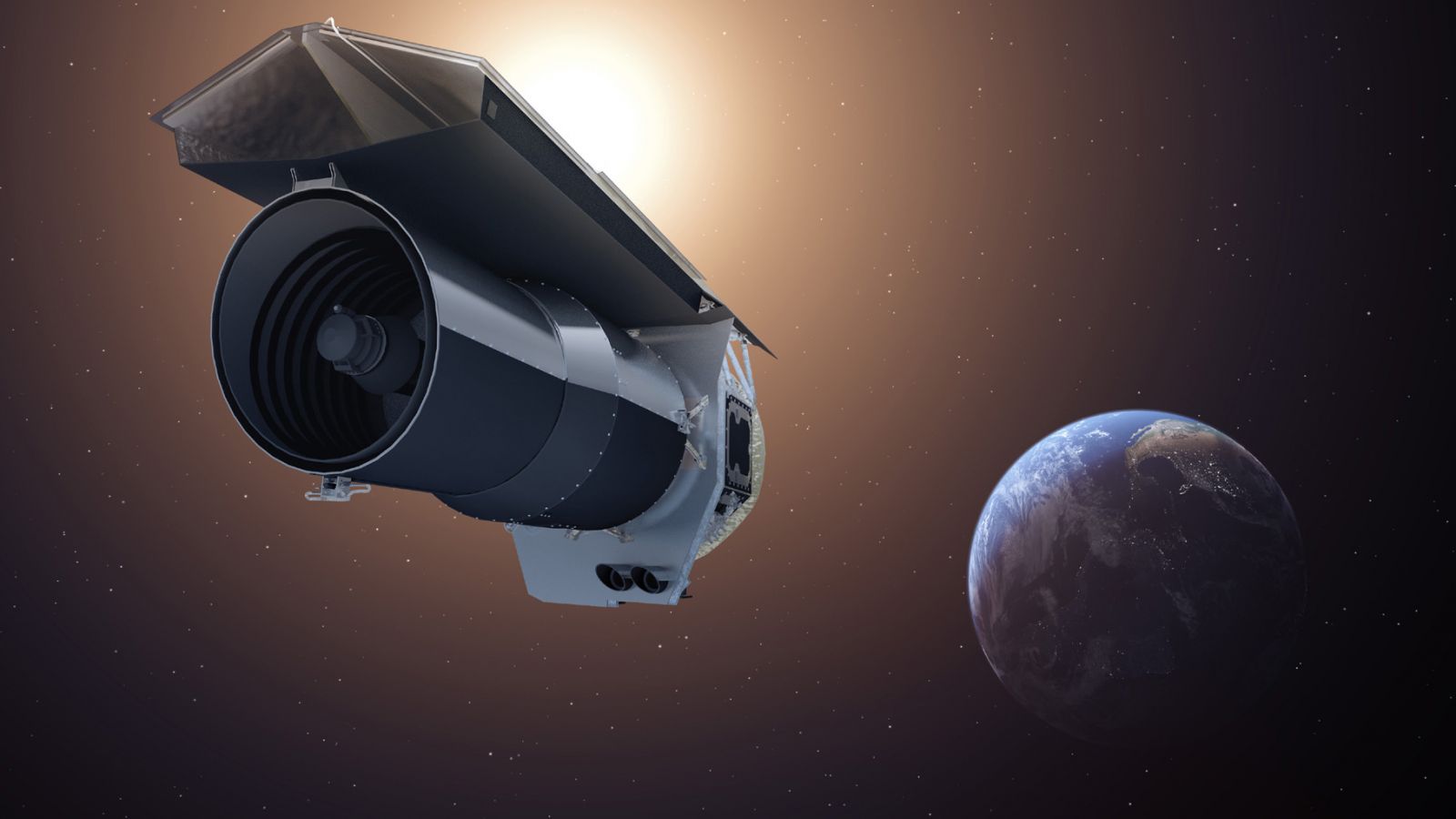 NASA’s Spitzer Space Telescope, which has studied the universe in infrared light since its launch in August of 2003, will be decommissioned on Thursday, January 30, 2020.

The space-based observatory has been a real trooper and has operated more than 11 years beyond its original planned operational life. The spacecraft follows a heliocentric orbit and has slowly drifted away from Earth since its deployment. This increasing distance requires the instrument’s solar panels be tilted away from the Sun when its antenna is pointed toward Earth to return data.

Spitzer is managed by NASA’s Jet Propulsion Laboratory (JPL) in Pasadena, California. It is one of NASA’s four “Great Observatories,” along with the iconic Hubble Space Telescope (HST), the Compton Gamma Ray Observatory, and the Chandra X-ray Observatory.

Every year, the amount of time Spitzer can communicate with Earth before having to recharge its solar panels increases, meaning it is becoming less and less efficient.

“You can have a world-class spacecraft, but it doesn’t mean anything if you can’t send the data back home,” said Spitzer mission manager Joseph Hunt.

During its more than 16 years of operation, Spitzer has imaged stars at every stage of their lives and observed the universe’s most distant galaxies and colorful nebulae. It mapped the Milky Way galaxy and even discovered five of the seven exoplanets orbiting the star TRAPPIST-1.

Because it senses heat rather than visible light, Spitzer is capable of seeing phenomena that would otherwise be invisible, such as certain features of the Milky Way and very distant stars. 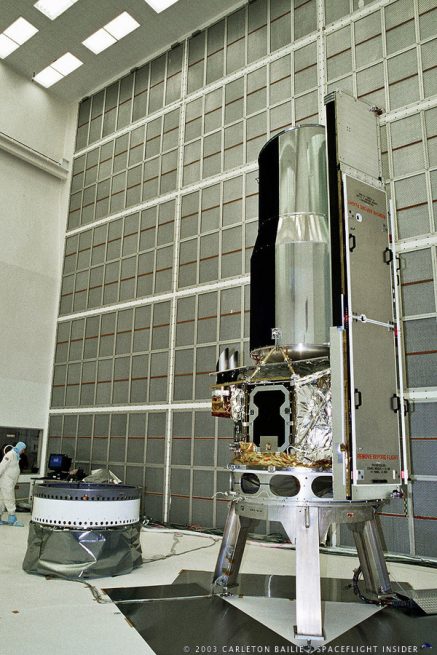 Spitzer prior to its launch in August of 2003. Photo Credit: Carleton Bailie / SpaceFlight Insider

Spitzer was initially equipped with a passive cooling system, in which coolant was used to keep its science instruments from overheating. The coolant ran out in 2009, resulting in two of the telescope’s three instruments becoming unusable.

Even with just one instrument functioning, the telescope continued to make notable discoveries during its extended mission, including followup studies of exoplanets found by NASA’s Transiting Exoplanet Survey Satellite (TESS) planet hunter.

Scientists also combined Spitzer‘s exoplanet observations with those of the Hubble and Kepler telescopes.

In our own solar system, Spitzer discovered a very large ring around Saturn, which is extremely hard to see in visible light because its particles are so diffuse. Found with the telescope’s longer-wavelength infrared camera, this outer ring orbits at a 27-degree tilt to Saturn’s main ring plane and extends as far as 7.4 million miles from the planet.

During its later years, scientists operating Spitzer had to position its solar panels as far as 53 degrees away from the Sun to return data to Earth, even though the original intention was to position them no further than 30 degrees from the Sun. They also had to override mechanisms that ordinarily would have put the telescope into safe mode.

“I can genuinely say that no one involved in the mission planning thought we’d be running in 2019. But we have an incredibly robust spacecraft and an incredible team,” emphasized Spitzer project manager Lisa Storrie-Lombardi.

Spitzer’s work will be continued by NASA’s James Webb Space Telescope (JWST), scheduled for launch in 2021.

I am interested in knowing where the satellite will end up. Will it crash into Earth, Sun, nothing? Curious. Any ideas?