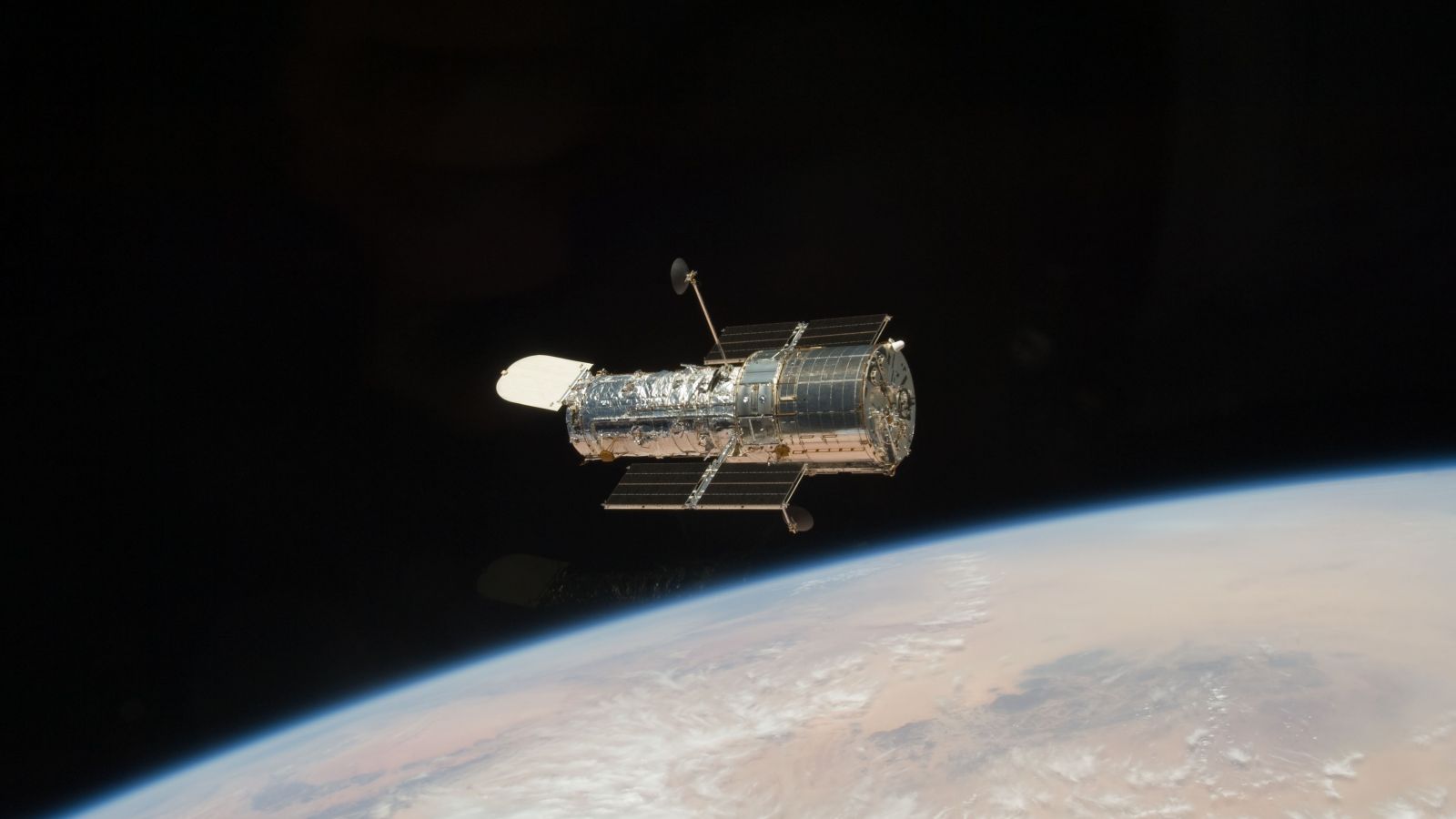 A view of the Hubble Space Telescope following its final servicing mission in 2009. NASA is looking at the possibility of using a SpaceX Crew Dragon to potentially boost the observatory’s orbit later this decade. Credit: NASA

NASA has signed a contract with SpaceX to study the possibility of reboosting the aging Hubble Space Telescope into a higher orbit using the company’s Crew Dragon spacecraft.

The agency stressed this is just a study with no exchange of funds between the government and SpaceX. The goal is to better understand the technical challenges associated with commercial servicing missions. NASA said the study is non-exclusive to SpaceX — other companies can bring forth proposals.

“This study is an exciting example of the innovative approaches NASA is exploring through private-public partnerships,” said Thomas Zurbuchen, associate administrator for the Science Mission Directorate at NASA Headquarters in Washington. “As our fleet grows, we want to explore a wide range of opportunities to support the most robust, superlative science missions possible.”

SpaceX is partnering with the Polaris Program, which itself is a collaboration between the company and billionaire Jared Isaacman to build up the company’s in-space capabilities. The first Polaris mission, Polaris Dawn, looks to see a Crew Dragon launched into space with four people early next year to test out a new space suit for SpaceX.

“SpaceX and the Polaris Program want to expand the boundaries of current technology and explore how commercial partnerships can creatively solve challenging, complex problems,” said Jessica Jensen, vice president of Customer Operations and Integration at SpaceX. “Missions such as servicing Hubble would help us expand space capabilities to ultimately help all of us achieve our goals of becoming a space-faring, multiplanetary civilization.”

Overall, this Hubble study is expected to take about six months and will collect data from the 32-year-old Hubble telescope and SpaceX’s Crew Dragon to determine whether it would be possible to safely rendezvous, dock and move the telescope into a higher orbit, NASA said. There are currently no plans to actually conduct or fund such a mission.

The results of the study could potentially be applied to other spacecraft and commercial vehicles, NASA said. 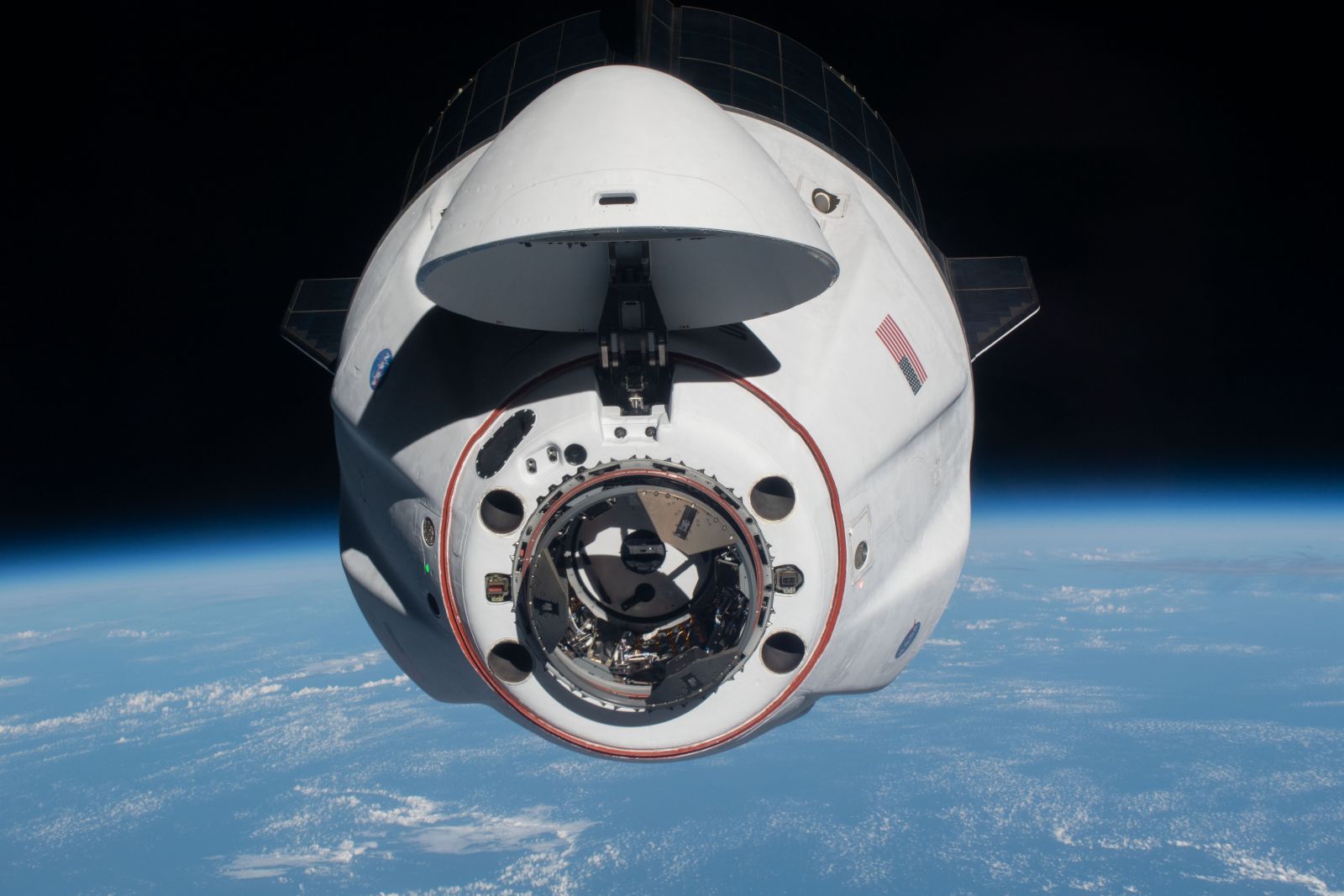 The telescope is about 43 feet (13.2 meters) long and 14 feet (4.2 meters) wide with a mass of about 11 metric tons. Its primary mirror is about 8 feet (2.4 meters) in diameter and observes the universe in the ultraviolet, visible and near-infrared wavelengths.

For comparison, the recently activated James Webb Space Telescope has a primary mirror diameter of about 21 feet (6.5 meters) and observes in the orange to mid-infrared wavelengths.

Hubble was launched by space shuttle Discovery’s STS-31 mission on April 24, 1990, and placed into an initial orbit of about 380 miles (610 kilometers) inclined about 28.5 degrees from the equator. Since then, its orbit has reduced to about 335 miles (540 kilometers).

NASA said its hope would be to boost the telescope to near its original deployment altitude. It’s unclear if that would actually be required before the end of the telescope’s life. The agency said there is a 50% probability that its orbit would decay and reenter by around 2037.

Over the years, the observatory was visited and serviced by space shuttles five times between 1993 and 2009 and saw all of the existing orbiters post-Challenger visit the telescope at least once.

Following the 2009 servicing mission, Hubble was expected to last at least through 2014. However, it is still operational, despite having occasional computer glitches and hardware failures. Of its six gyroscopes, used to point the device, only three are working as of 2022. 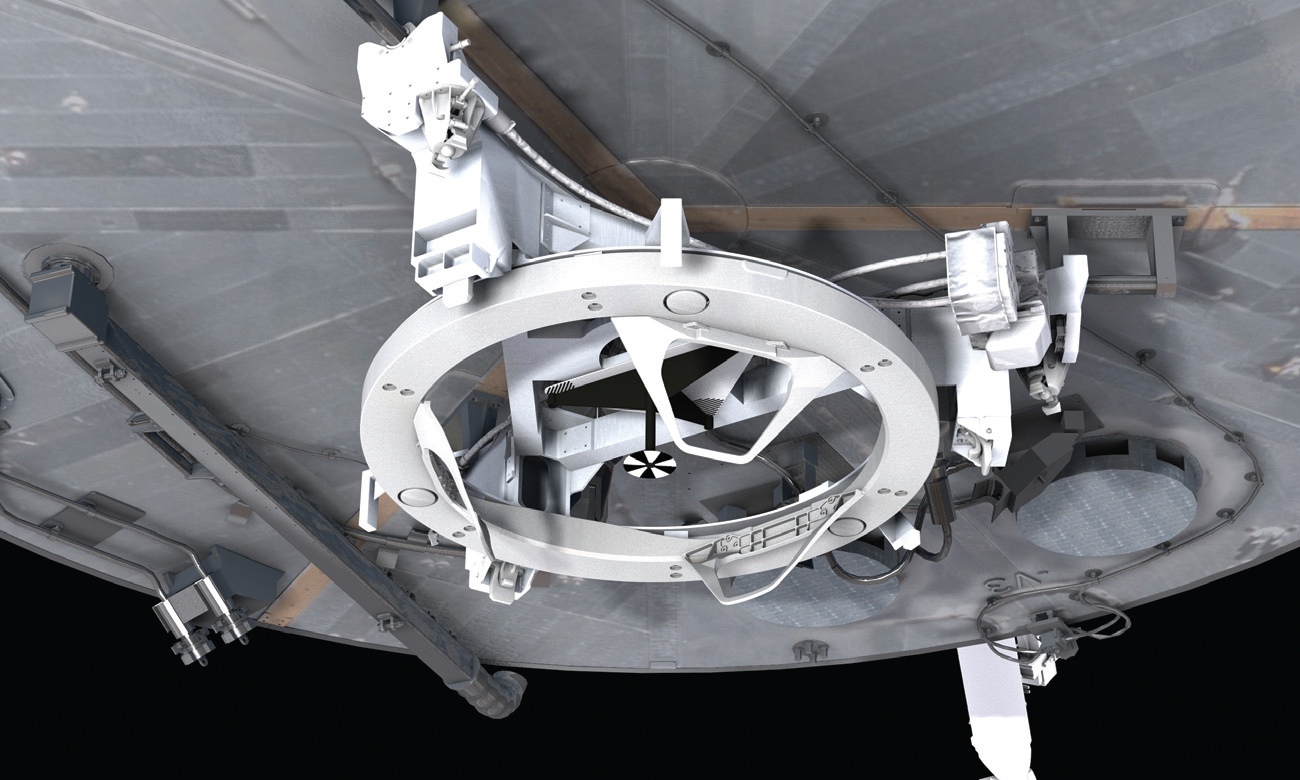 The Soft Capture Mechanism at the base of the Hubble Space Telescope could allow a visiting spacecraft to dock with the aging observatory. Credit: NASA

NASA’s current service contract for the telescope lasts until June 2026, but the agency expects the observatory to continue operations through at least the late 2020s.

If SpaceX and NASA were to figure out a way to replace some of those life-limiting items, such as the gyroscopes, it may become necessary to raise the telescope’s orbit to extend its life.

However, it’s possible this study could ultimately be used to verify the feasibility of deorbiting the observatory later this decade.

During the final servicing mission in 2009, Atlantis’ STS-125 mission saw the addition of a Soft Capture Mechanism on the bottom of Hubble to allow for future spacecraft to visit, likely for a safe de-orbit. This includes structures and targets to aid in docking.

In order for Crew Dragon to utilize this, a number of modifications would likely be required, most notably, something to allow for clearance with the capsule’s nose cone, which hinges outward.

This study announcement comes soon after the release of Hubble’s images of the Double Asteroid Redirection Test, DART, mission asteroid collision, which occurred Sept. 26. The event was also imaged by the recently-activated James Webb Space Telescope.

NASA said it was the first time both Hubble and Webb were used to look at the same target at the same time, showing the benefit of having both observatories working in conjunction with each other. 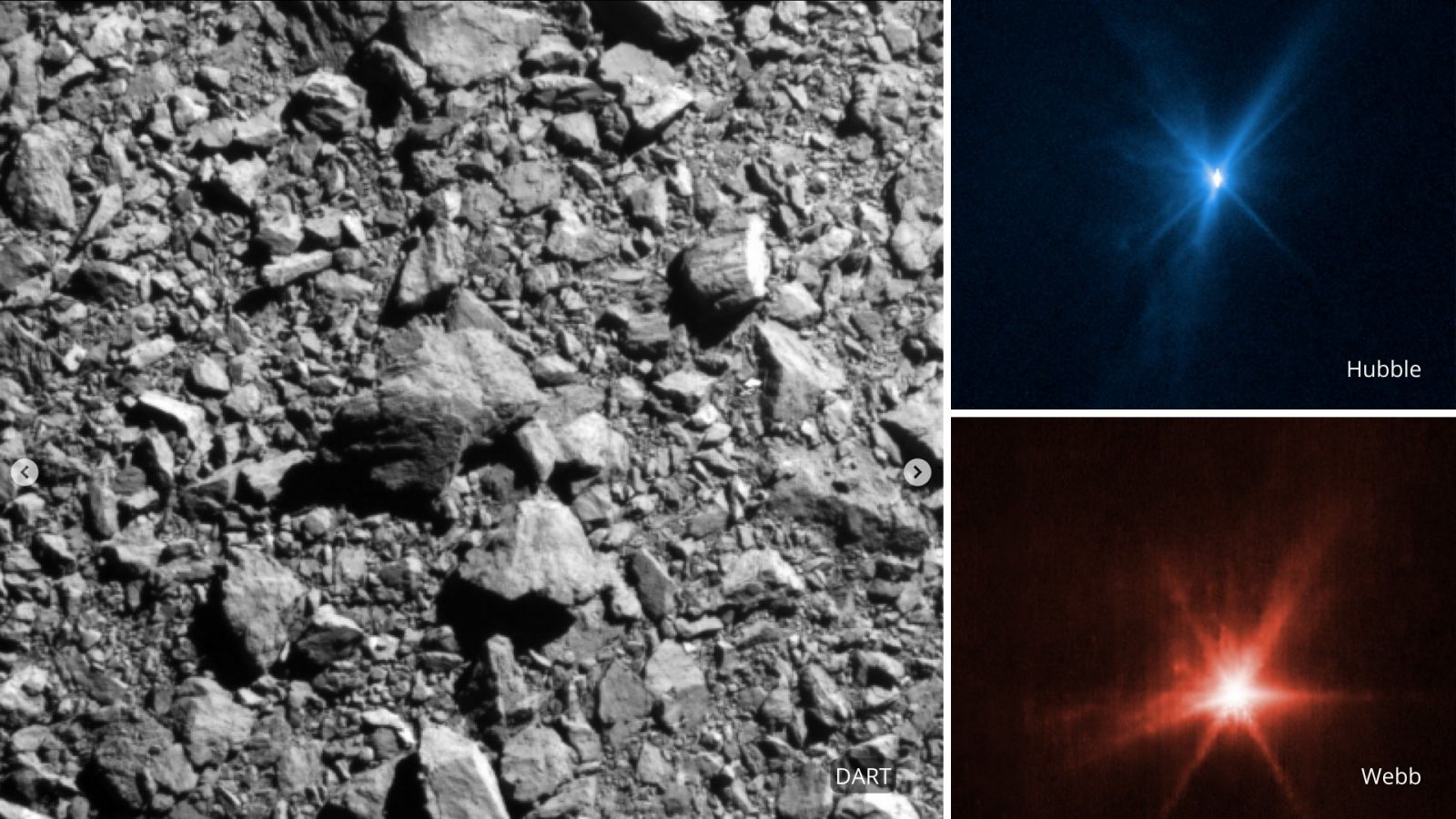 Both Hubble and Webb were used to image the aftermath of the DART spacecraft collision with asteroid Dimorphos. Credit: NASA

I was hoping this might be possible. I hate to abandon Hubble. In addition to re boost if failing parts could be replaced.