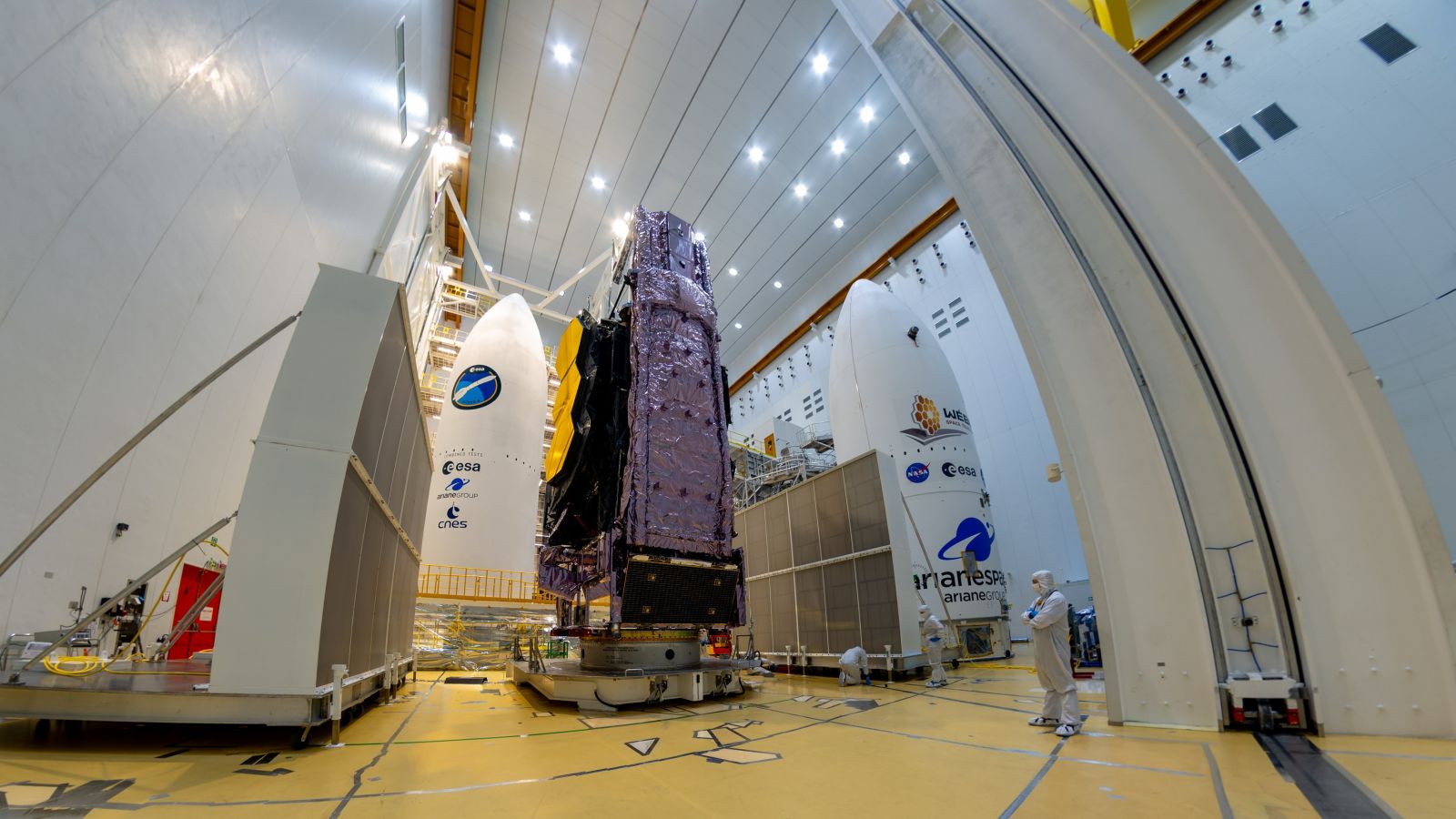 NASA’s James Webb Space Telescope, folded for launch, is seen before it is lifted to be placed atop an Ariane 5 rocket. It is set to launch later this month. Credit: ESA

NASA’s James Webb Space Telescope has experienced another launch delay because of a communication issue.

The $10 billion telescope was set to launch atop an Ariane 5 rocket Dec. 22, 2021, from the Guiana Space Center in Kourou, French Guiana. However, the latest delay has caused a slip of at least two days to Dec. 24. 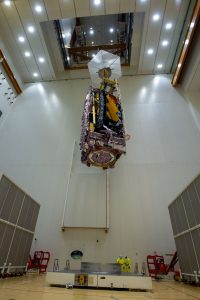 A view of the James Webb Space Telescope being hoisted about 130 feet (40 meters) to be secured to the top of the Ariane 5 rocket. Credit: ESA

“The James Webb Space Telescope team is working a communication issue between the observatory and the launch vehicle system,” reads a NASA update on Dec. 14.

NASA said the Dec. 24 date is tentative and the agency will provide more information about the new launch date no later than Dec. 17.

Earlier this month, ground teams had successfully completed loading the space telescope with the propellant needed to steer itself while in space, course corrections and burns for orbital insertions.

The 14,300-pound (6,500-kilogram) Webb telescope was then moved to the final assembly building where it was attached to the top of the Ariane 5 on Dec. 11 ahead of encapsulation in specifically designed fairings for the observatory.

This is the second delay in less than a month for Webb.

On Nov. 22, NASA reported the unplanned release of a clamp band securing Webb to the launch vehicle adapter caused a slip from Dec. 18 to Dec. 22 as NASA convened a review board to investigate whether there was any damage to the components and to clear space observatory for launch.

A few days later, engineers determined no components were damaged and fueling of the observatory could begin.

The James Webb Space Telescope has been a quarter-century in the making and is a partnership between NASA as well as the European and Canadian space agencies.

When launched, it’ll take about a month to both completely unfurl and reach its location at the L2 Earth-Sun Lagrange point, a location about 1 million miles (1.5 million kilometers) away from Earth at an area where the gravity of Earth and the Sun will keep the observatory in place.

Over the telescope’s planned 10-year lifespan, it is expected to find the first galaxies that formed in the early universe. According to NASA, it’s 18 hexagonal mirror segments combine to create a 21-foot (6.5-meter) diameter mirror that will observe objects in wavelengths ranging from gold-colored light through mid-infrared.