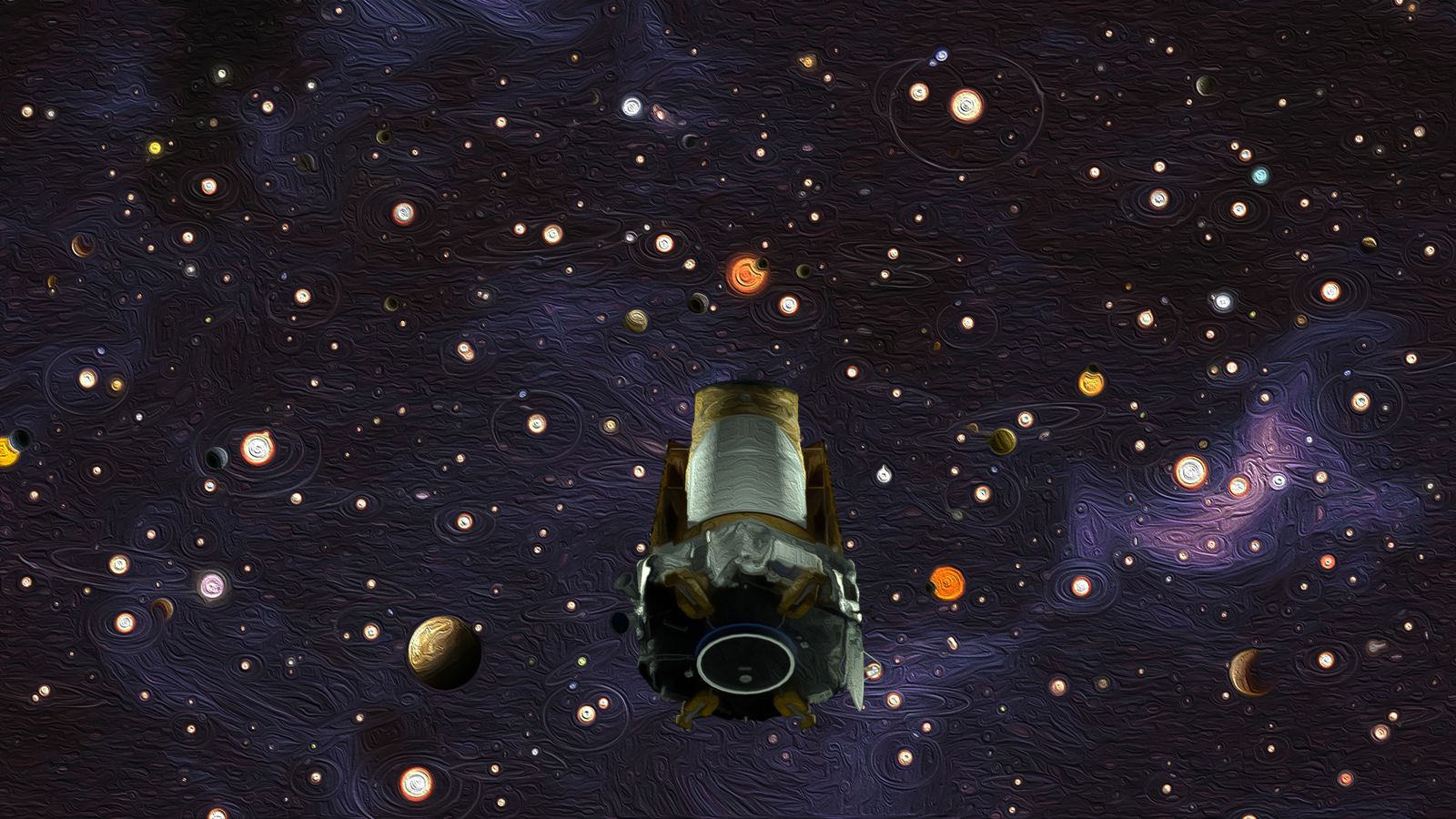 Numerous planetary systems, including a world just discovered by citizen scientists, are visible in the final images taken by NASA’s Kepler telescope on Sept. 25, 2018, just before it ran out of fuel after operating for nine-and-a-half years. 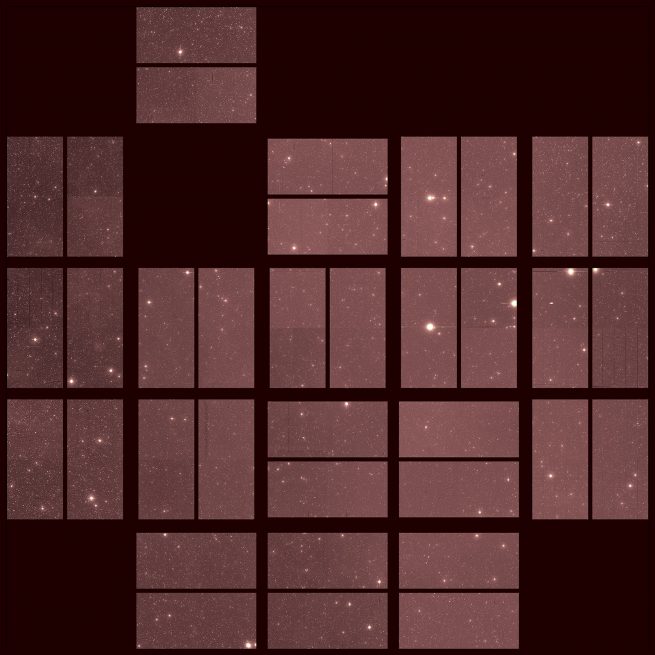 Between Kepler’s “first light” image of star-filled regions in the constellations of Cygnus and Lyra, taken in 2009, and this “last light” one focused in the direction of the constellation Aquarius, the telescope discovered over 2,600 exoplanets, including the TRAPPIST-1 system of seven closely-packed terrestrial worlds, three of which are located in the parent star’s habitable zone.

Kepler used the transit method to locate planets, which involves searching for regular dips in light caused by a planet transiting, or passing in front of, its parent star. It monitored all stars in its field of view continuously so as to assure no transits were missed.

In May 2013, when the second of Kepler’s four reaction wheels failed, its four-year mission of constantly monitoring 150,000 stars ended. A year later, the telescope was re-purposed for what became known as its K2 mission after mission scientists came up with a new method to search for exoplanets based on 80-day observations of specific regions of the sky.

Just released, the data from Kepler’s final imaging sequence also features new discoveries made in early 2019, including one system with a super-Earth and one with a Saturn-sized planet orbiting a Sun-like star.

In early January 2019, citizen scientists at the 233rd meeting of the American Astronomical Society (AAS) announced their discovery of a Neptune-sized planet orbiting in the habitable zone of a small, dim star known as K2-288B, approximately one-third the size and mass of our Sun. K2-288B is the dimmer star in a binary system; its twin is about half the Sun’s mass and size, and both are M-dwarfs.

Orbiting at approximately 5.1 billion miles (8.2 billion kilometers) from its parent star, roughly the distance of Saturn from our Sun, the unusually-sized planet may be either rocky or gaseous and could host liquid water on its surface. Known as K2-288Bb, the planet had been missed in previous analyses of Kepler data.

Also present in Kepler’s “last light” images is the relatively nearby GJ 9827 system, where a planet circling a bright star has been targeted for future observations with new telescopes, such as the James Webb Space Telescope (JWST), scheduled for launch in 2021, to probe its atmosphere.

Dark areas in the field-of-view image are the results of failures in parts of Kepler’s camera. Videos focused on specific stars, each taken by Kepler’s camera over 30 minutes, show these stars dimming and brightening. The camera continued taking these for several hours after capturing its final still images to enable discovery of any transiting planets even in its last data set.

Apparent movement of the stars in the videos is not real but an artifact of decline in performance of Kepler’s thrusters due to the telescope being almost out of fuel.

Because the region captured in Kepler’s final field-of-view was also imaged by the telescope’s planet-hunting successor, the Transiting Exoplanet Survey Satellite (TESS), scientists will be able to compare data on these regions taken by two separate spacecraft.

No longer collecting data, Kepler was officially retired on Oct. 30, 2018, in a safe orbit where it poses no threat to Earth. However, much of the data it did collect has yet to be analyzed, meaning it could continue to reveal new planets for the foreseeable future.

I wonder if it could be refueled and repaired at some time in the future, or would it be worth the expense?

Not feasible – It is in a Heliocentric orbit, not around Earth. It is trailing behind by around 15M miles per year, and is already 100M miles away (more than Earth->Sun).

On top of “fuel”, the liquid helium to cool the sensor being depleted, the Gyroscopes are failing/failed (2 of 4 dead). Its a bit of a clunker at this point, though a mission well done.

Best to build Kepler 2.0 ~ $600M+ and off we go. In the mean time, TESS is up and running, and in theory James Webb will one day be launched….but that is just a pipe dream 🙂