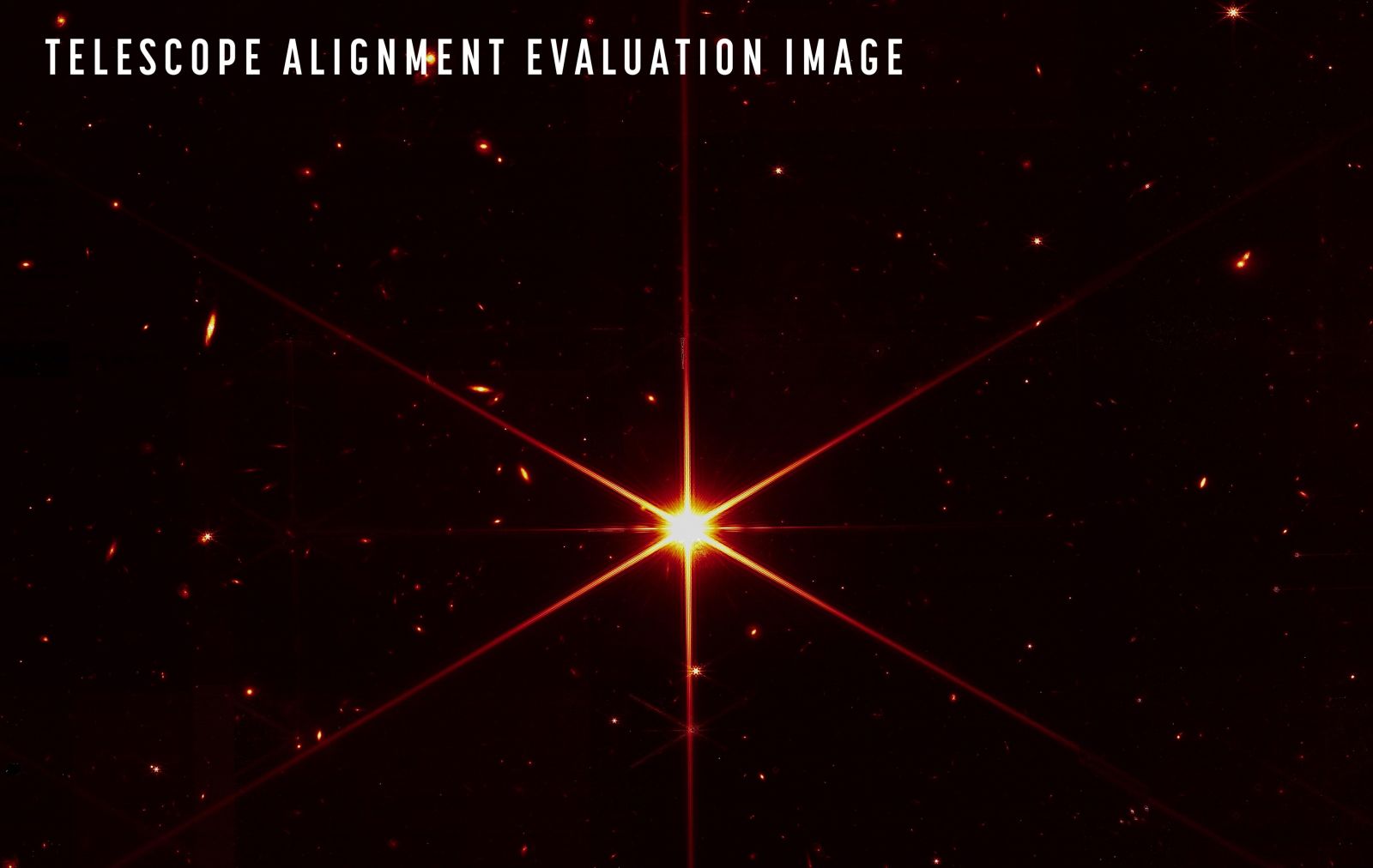 The sensitivity of the James Webb Space Telescope are so sensitive that while focusing on a single star to align the observatory’s mirror segments, many galaxies are seen in the background. Credit: NASA/STScI

The James Webb Space Telescope aligned its near-infrared camera, focusing on a breathtaking image of a single star as engineers prepared to bring the other instruments in line with the floating observatory’s mirrors.

“More than 20 years ago, the Webb team set out to build the most powerful telescope that anyone has ever put in space and came up with an audacious optical design to meet demanding science goals,” said Thomas Zurbuchen, associate administrator for NASA’s Science Mission Directorate in Washington, in a March 16 NASA news release. “Today we can say that design is going to deliver.”

Teams of engineers will begin with the “Fine Guidance Sensor,” a guiding instrument, and move through a process that will include three other instruments taking approximately six weeks to complete, according to NASA. This method of alignment is called “multi instrument, multi-field alignment.”

The procedure is critical as the space telescope needs to switch focuses and cameras as it seeks to obtain crisp imagery of galaxies and exoplanets in the universe.

The goal for the alignment is to be able to use multiple instruments at the same time, providing good focus and sharp images in all the instruments, all while knowing the relative position of each instrument’s field of view, said scientists working on the project at NASA’s Goddard Space Flight Center in Maryland.

The James Webb Space Telescope is expected to complete its commissioning process in June, just six months after launch.

The last instrument to be aligned will be the Mid-Infrared Instrument, or MIRI, which is expected to require the cryogenic cooler to bring operational temperatures to minus 448 Fahrenheit, or about seven degrees above absolute zero.