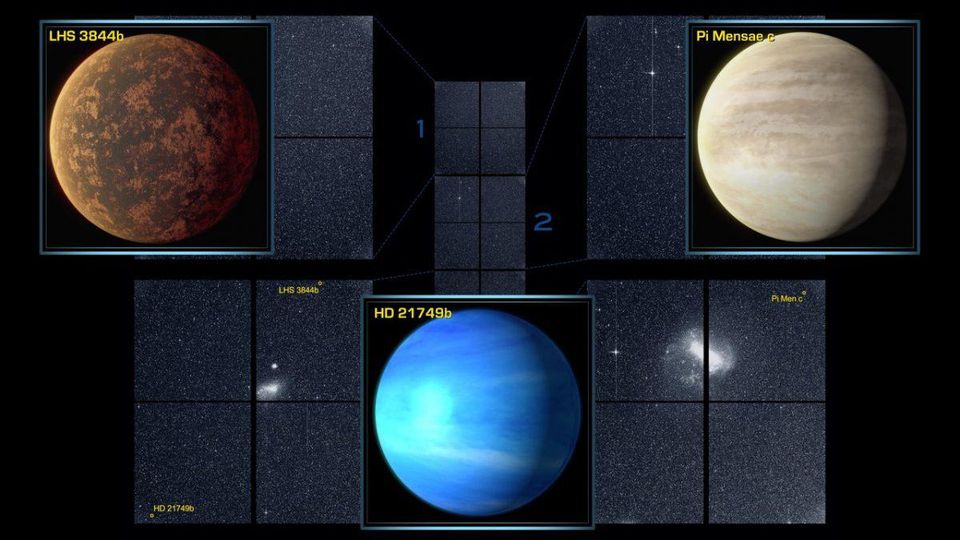 Launched in April 2018, TESS is equipped with four cameras that will search nearly the entire sky within a radius of approximately 200 light years of our Sun. Every month, the spacecraft will search a 24 X 96-degree sector of the sky, looking for dimming of stars caused by orbiting planets passing in front of them.

Because the stars being observed are relatively nearby, TESS discoveries can be followed up with observations of the systems where planets are found by scientists using both ground-based telescopes and other space-based observatories, including the James Webb Space Telescope (JWST), set for launch in 2021.

In just its first few days, TESS returned more than a million images. To date, it has probed six sectors, discovering more than 300 planet candidates and capturing images of six supernova explosions.

Data from TESS‘s observation of its first two sectors of the sky was just released to the Space Telescope Science Institute (STSCI) in Baltimore, Maryland.

Two of the three confirmed planets TESS found are likely rocky worlds. Pi Mensae c, about twice the size of Earth, orbits the star Pi Mensae, a G-class star similar to the Sun but 10 percent more massive and 20 percent larger. Located approximately 60 light years away, the star is visible to the naked eye from Earth’s southern hemisphere and is located in the constellation Mensa.

A hot world, Pi Mensae c circles its star once every 6.3 days. It is one of many known worlds larger than Earth but smaller than Neptune, with a radius twice that of our planet and five Earth masses.

Pi Mensae c is the second planet discovered in its system. In 2001, a planet of 10 Jupiter masses was found in a highly eccentric orbit around the parent star. “In contrast, the new planet, called Pi Mensae c, has a circular orbit close to the star, and these orbital differences will prove key to understanding how this unusual system formed,” said Chelsea Huang of the Massachusetts Institute of Technology (MIT) Kavli Institute for Astrophysics and Space Research (MKI). 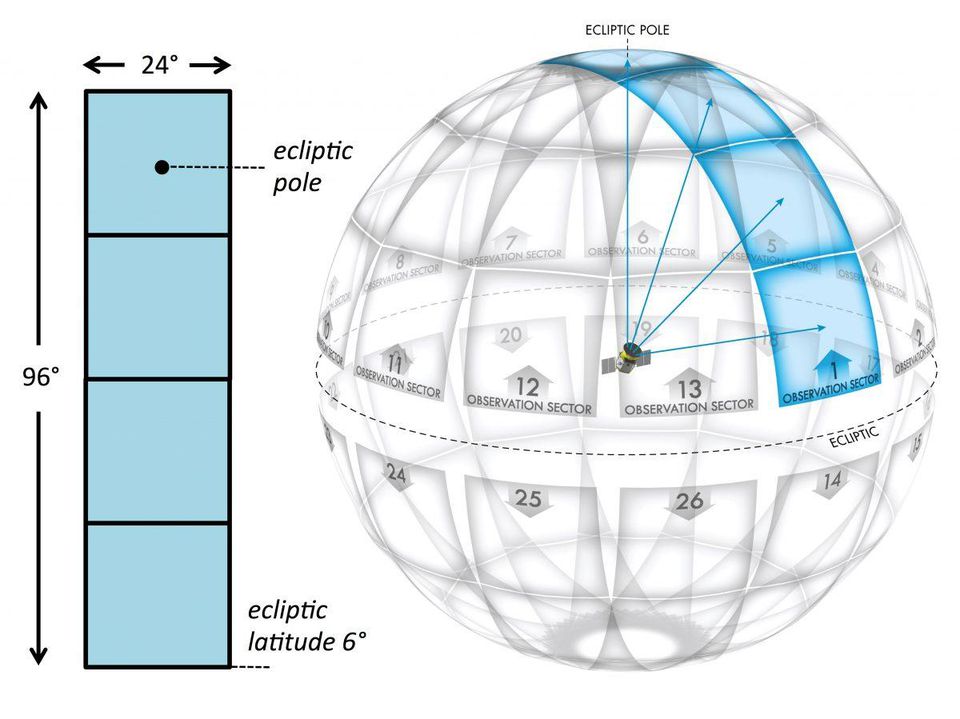 NASA’s TESS satellite will survey the entire sky in chunks that are 12 degrees across, ranging from the galactic poles down to near the galactic equator. As a result of this surveying strategy, the polar regions see more observing time, making TESS more sensitive to smaller and more distant planets in those systems. Image Credit: NASA/MIT/TESS

LHS 3884b, the second confirmed TESS planet, orbits a dimmer M star just one-fifth the size of our Sun, in the constellation Indus. Just 49 light years away, this planet, one of the worlds closest to our solar system, is 1.3 times the size of Earth and speeds around its star once every 11 hours. This means it is likely tidally locked to the star, with the same side always facing toward the star and the other side always facing away from it. Temperatures on the star-facing side are likely so hot that its surface may contain molten lava.

An artist’s visualization of the exoplanet LHS 3884b. Image Credit: NASA/MIT/TESS

Fifty-three light years away, in the southern hemisphere constellation Reticulum, lies the strangest of the three TESS planets, a planet somewhat smaller than Neptune but more dense than the gas giant. At 23 Earth masses and three times Earth’s size, HD 21749 b has a surface temperature of approximately 300 degrees Fahrenheit (150 degrees Celsius). Its parent star, which it orbits once every 36 days, is a K-star with about 80 percent the mass of the Sun.

“This planet has a greater density than Neptune, but it isn’t rocky. It could be a water planet or have some other type of substantial atmosphere,” said Diana Dragomir of MKI, lead author of a paper on its discovery. The planet has the longest orbital period of any exoplanet discovered within 100 light years of our solar system.

TESS data shows evidence the star is orbited by a second, Earth-sized planet, with an estimated eight-day orbit, though this has not yet been confirmed.

Although it is designed to find planets, TESS, using its sensitive cameras, has also detected as many as 100 stellar outbursts, including six supernova explosions, during a three-month period in the sectors where it searched for planets. The planet hunter caught the latter before they were seen with ground-based telescopes. Observing supernovae in their earliest stages could provide scientists with crucial information as to the processes that occur within a dying star before it explodes.

In its two-year mission, TESS is expected to observe as many as 300 million stars, numerous galaxies, and hundreds of supernovae. It could discover as many as 10,000 nearby exoplanets.