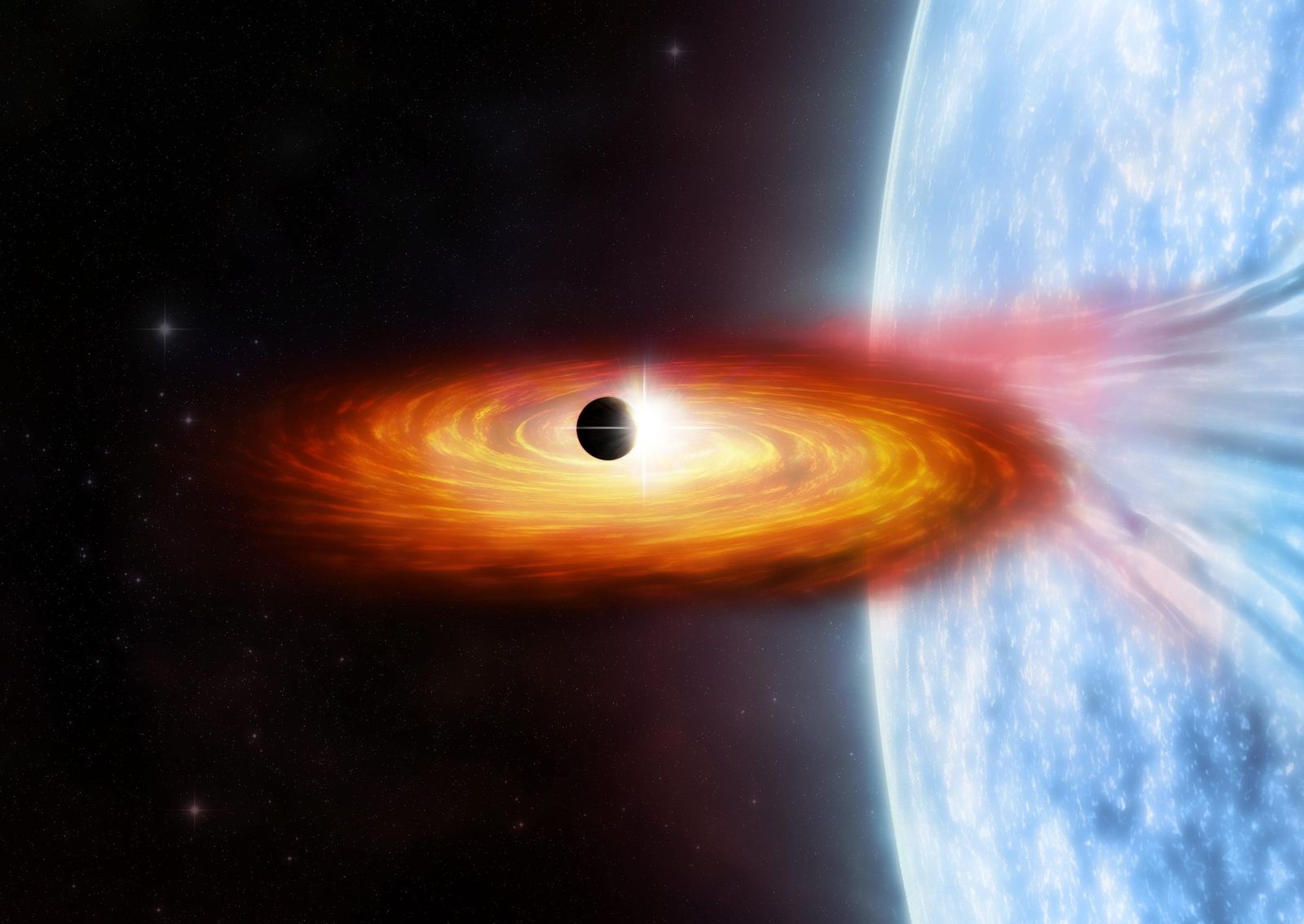 The detection was made indirectly by observation of what appeared to be a planet passing in front of a binary star system composed of a Sun-like star and a companion that is either a neutron star or black hole.

Neutron stars and stellar-mass black holes are remnants of massive stars that ended their lives in supernova explosions. If this planet does exist, it would have had to survive a supernova explosion and the resulting radiation produced by it. 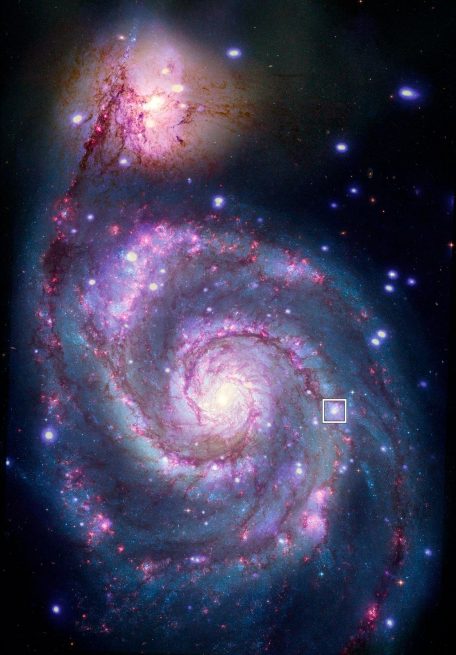 A composite image of the Whirlpool Galaxy created with X-ray images from Chandra and optical images taken by the Hubble Space Telescope. The box insert shows the location of the possible planet. Credit: X-ray: NASA/CXC/SAO/R. DiStefano, et al.; Optical: NASA/ESA/STScI/Grendler

Chandra is an X-ray observatory. The science team that observed the possible planet measured a dimming of X-rays coming from the binary system, which has been designated M51-ULS-1. For a binary star system to emit X-rays, one of its stars must be a neutron star or black hole.

X-ray transits are easier to detect than those in other wavelengths, even at great distances, because the regions that produce the X-rays are small. This means the X-rays completely disappear if an object transits, or passes in front of, their source. In the case of M51-ULS-1, the X-ray emission decreased to almost nothing for a total of three hours.

Many were discovered by NASA’s Kepler and Transiting Exoplanet Survey Satellite (TESS) missions, which also used the transit method but did so in optical light.

If this extra-galactic planet exists, scientists estimate it is approximately the size of Saturn and orbits the neutron star or black hole at twice the distance Saturn orbits the Sun.

Because the planet has such a long orbit, scientists will not be able to observe another transit — the usual method of verifying that a detected transit is real — for at least 70 years.

“Unfortunately, to confirm that we’re seeing a planet, we would likely have to wait decades to see another transit. And because of the uncertainties about how long it takes to orbit, we wouldn’t know exactly when to look,” said Nia Imara of the University of California at Santa Cruz, a co-author of a paper on the findings published in the journal Nature Astronomy.

Led by Rosanne DiStefano of the Harvard Smithsonian Center for Astrophysics (CfA), the science team looked at 55 systems in three other galaxies for similar X-ray transits using both Chandra and the European Space Agency‘s (ESA) XMM-Newton telescopes. To date, none were found.

They also plan to look through archival data from both observatories, which covers more than 20 galaxies, for similar X-ray transits.

“We are trying to open a whole new arena for finding other worlds by searching for planet candidates at X-ray wavelengths, a strategy that makes it possible to discover them in other galaxies,” DiStefano said.