30 years since the launch of the Hubble Space Telescope 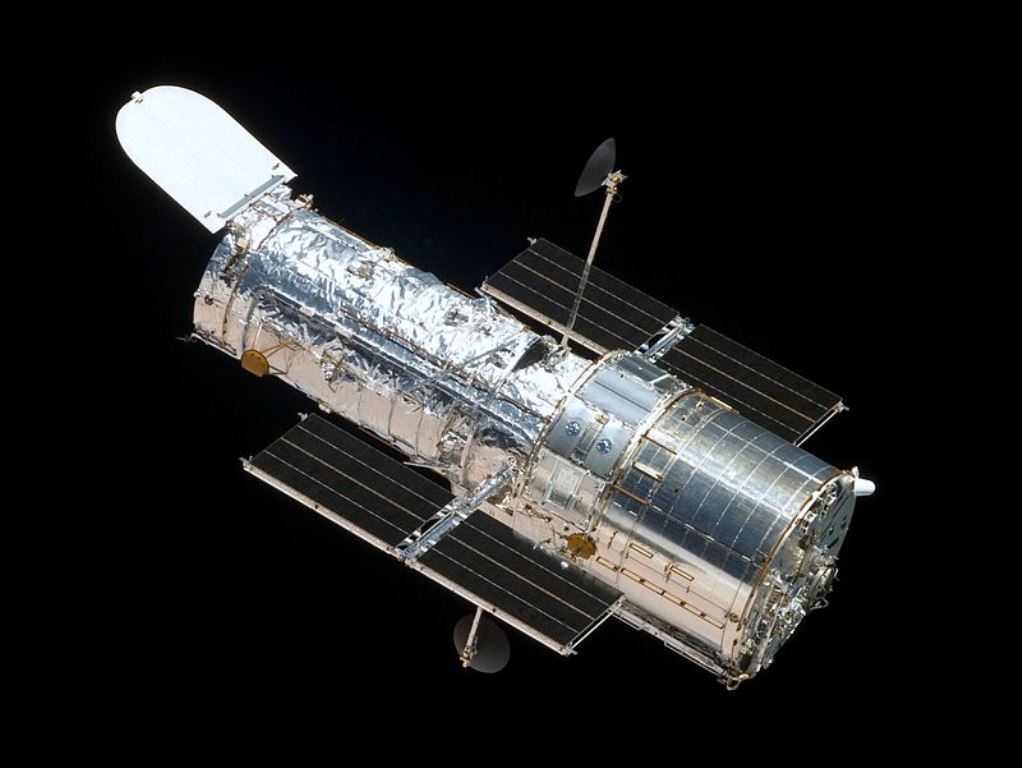 NASA’s first great observatory, the Hubble Space Telescope, has been on orbit for thirty years – and it has revolutionized how humanity views its place in the universe. Photo Credit: STS-125 / NASA

Thirty years ago today, the Hubble Space Telescope took to the skies aboard STS-31 and Space Shuttle Discovery. Commander Loren Shriver, Pilot Charlie Bolden, and mission specialists Bruce McCandless II, Steven Hanley, and Kathryn Sullivan made up the five-person crew of this historic liftoff. STS-31 had been plagued by numerous delays and launch scrubs; an initial launch attempt was foiled 14 days earlier due to a faulty valve in Discovery’s auxiliary power unit which needed to be replaced, resulting in the need to recharge Hubble’s battery. 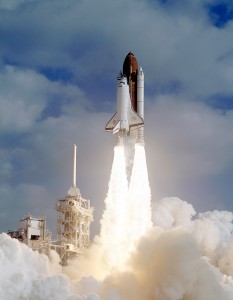 On launch day, the countdown was halted just 31 seconds prior to liftoff when Discovery’s onboard computers failed to shut down a valve line on the launch pad’s ground support equipment. Luckily, launch controllers were able to identify and troubleshoot the issue, and the historic launch proceeded. The launch marked the culmination of nearly twenty years of research, design, and development.

A true modern marvel of engineering, Hubble features a 2.4 meter diameter mirror and gathers as much light in 1 minute as a 160mm (6.3”) telescope would require 3 hours and 45 min to gather. When first launched, scientists monitoring the telescope discovered a problem with its mirror’s optics and noticed the images being sent back down to earth were blurry. Once news of the flawed images reached the public, the nation believed the telescope (and subsequent tax dollars) was an enormous failure, and that NASA was incapable of tackling such an enormous investment. However, in late 1993, seven astronauts embarked on a bold mission to install “flaw correcting” equipment along with a new camera known as WFPC2, hopefully saving the space program’s reputation.

On December 2, 1993, STS-61 lifted off. Aboard space shuttle Endeavor were astronauts Richard Covey, Kenneth Bowersox, Kathryn Thornton, Claude Nicollet Jeffrey Hoffman, Story Musgrave and Thomas Akers, tasked with the critical mission of correcting the telescope’s vision. Spending more than a week in orbit, they completed a record-setting five consecutive days of spacewalks during that mission. Scientists on the ground held their breath. If the telescope could not be repaired on a spacewalk, the agency would have to concede to the fact that Hubble was a failure. However, once the telescope sent back its first images after the spacewalk, scientists were stunned by the clarity and depth of the images it provided. The spacewalk was a success and would mark the first of ultimately five missions that would be undertaken specifically to service Hubble. 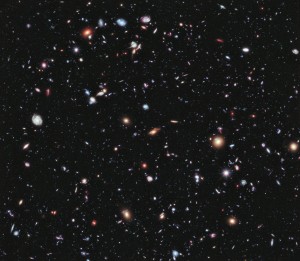 Hubble’s camera provides deep, detailed views of the universe, which represent a small sample of the heavens but which on a grander scale are considered to be representative of the typical distribution of galaxies in space. This gives scientists a snapshot of what our universe looks like. The Hubble Telescope has also led to breakthroughs in astronomy and astrophysics, such as determining the rate of the universe’s expansion and by characterizing the atmosphere of alien planets.

Hubble also played an important role in connecting the sometimes-separate worlds of human space exploration and scientific study. In a 2013 Space.com article dedicated to the 20th anniversary of the historic STS-61 repair mission, NASA Astronaut Richard Covey is quoted as reminiscing at a crew reunion in November 2013 that “In my mind, there’s the human spaceflight program, and there’s the space science stuff — and occasionally, they had to deal with each other because the science guys needed a ride, or there were some shuttle missions that were dedicated to science.” Continuing, “But still, there was a lot of ‘them’ and ‘us.’ This mission bridged that gap in a way that I had not seen before in the space-shuttle program.”

Early skeptics of the Hubble project questioned why the same images could not be produced using ground-based telescopes. However, in order to obtain the clearest images of the universe, the telescope needed to be above earth’s atmosphere to avoid blurry images. The atmosphere filters out some of the wavelengths of light in ground-based telescopes that scientists are interested in seeing. The obvious solution came in the form of an orbiting telescope.

Launched on a space shuttle, the telescope was limited to the size of the cargo bay, which is roughly the size of a Greyhound Bus. Hubble flies about 340 miles above earth and completes an orbit about every 97 minutes. Due to the hypersensitivity of its lenses, Hubble cannot point toward the sun, meaning it can only look at half of the sky at any given time. Whenever Hubble is not actively capturing images, scientists use that “down” time to do calibrations and routine work that can be completed from the ground. 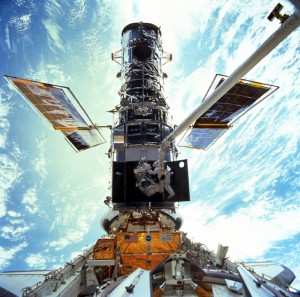 Hubble was designed to be refreshed by astronauts on service missions flown on the space shuttle.  In order to properly service Hubble, the shuttle had to connect directly to the telescope via the Canadarm. From there, astronauts would perform a spacewalk to install new parts or repair broken parts. Some components were modular and easily replaced while others required servicing the telescope from the inside, using special tools designed to make the necessary repair. These service missions took years of preparation, but played a significant role in making Hubble more scientifically productive today than ever.

The final update to Hubble in 2009 included the installation of two brand-new instruments, the Cosmic Origins Spectrograph (COS) and WFC3. The astronauts on Servicing Mission 4 also performed on-site repairs for the telescope’s two other instruments, the Advanced Camera for Surveys (ACS) and the Space Telescope Imaging Spectrograph (STIS), both of which had stopped working. Crew members additionally replaced Hubble’s 18-year-old batteries with new ones, installed six new gyroscopes, and added a brand-new Fine Guidance System to point the instrument.

Thanks to these critical service missions, Hubble is expected to last well into 2020.

So, what happens after Hubble? Scientists at NASA are currently planning for the launch of the James Webb Space Telescope (sometimes called JWST or Webb), planned to complement and extend the discoveries of the Hubble Space Telescope with longer wavelength coverage and greatly improved sensitivity. The longer wavelengths will enable JWST to look much closer to the beginning of time and to hunt for the unobserved formation of the first galaxies, as well as to look inside dust clouds where stars and planetary systems are forming today.

Report prepared by Theresa Cross, with contributions from Cullen Desforges.