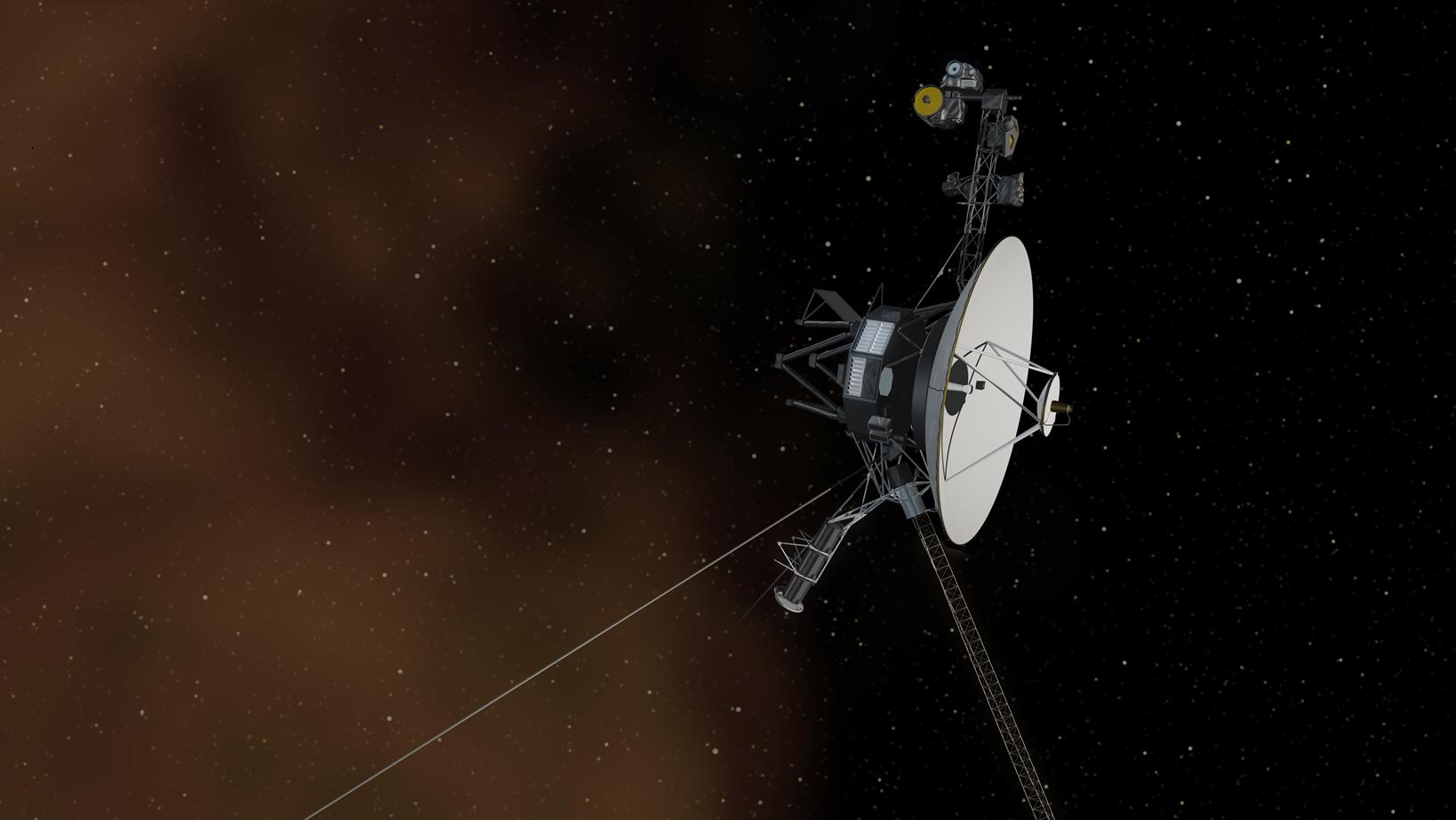 To keep NASA’s Voyager probes, launched 42 years ago to study the solar system’s gas giant planets, operational in interstellar space for as long as possible, mission scientists are making tough decisions to propel the spacecraft even further.

To achieve this however is no easy feat. It’s one that has required mission managers to turn off some of the probes’ instruments and thrusters in an effort to preserve power. 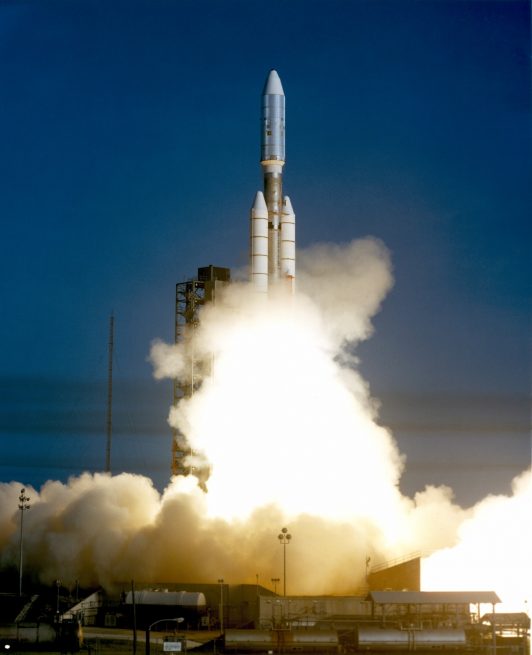 Both spacecraft are powered by three radioisotope thermoelectric generators (RTGs), which generate heat through the natural decay of plutonium-238 radioisotopes and convert that heat into electricity. That electricity powers heaters, which keep science instruments and thrusters warm, enabling both spacecraft to continue pointing their antennas to Earth to return data.

Because the heat energy produced by the RTGs’ plutonium decreases over time, both Voyagers produce approximately four fewer watts of electricity every year and now operate at 40 percent less power than they did in 1977. Additionally, some of the 40-plus-year-old spacecraft parts have started to degrade.

In spite of their diminishing power, both spacecraft and their science instruments remain operational. Voyager 2 is losing power more quickly than Voyager 1 because the former is equipped with one more science instrument than its companion. Both are now in interstellar space, which Voyager 1 entered in 2012, and Voyager 2 did last year. These milestones occurred when the probes left the heliosphere, the region of space influenced by the solar wind.

Now located more than 11 billion miles (18 billion km) from the Sun, the spacecraft are studying uncharted territory, including the interaction between the heliosphere and the wind in interstellar space and the nature of energy and radiation in space. Understanding these phenomena is crucial to NASA for future robotic and crewed missions.

Knowing the Voyagers‘ power is diminishing, mission scientists and engineers have come up with a power management plan that will ration power by turning off selected instruments and thrusters. The first action in that plan involved turning off a heater that powered a cosmic ray subsystem instrument (CRS) on Voyager 2, which detects fast-moving particles originating either from the Sun or beyond the solar system. Last November, that instrument provided the data that confirmed the probe had exited the heliosphere.

In spite of the fact that turning off CRS’s heater dropped its temperature to minus 74 degrees Fahrenheit (minus 59 degrees Celsius), the instrument continues to function and send back data. Mission scientists and engineers are pleasantly surprised to see the CRS functioning under such cold temperatures, as tests conducted in 1977 did not take it below minus 49 degrees Fahrenheit (minus 45 degrees Celsius). 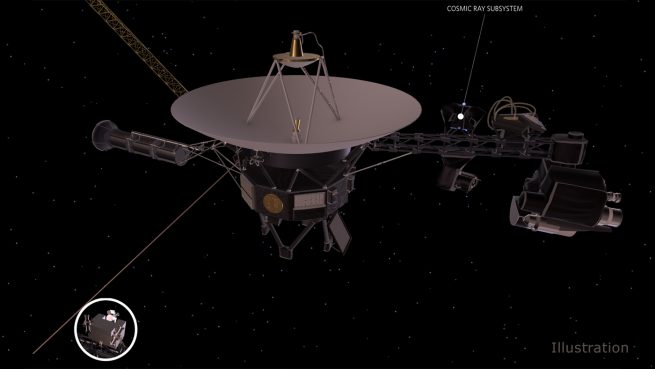 This annotated artist’s depiction of one of the Voyager probes points out the cosmic ray subsystem (CRS) carried on both probes. The Voyagers have already revolutionized humanity’s understanding of the solar system and now they’re providing information as it transitions to the interstellar medium. Image Credit: NASA / JPL-Caltech

“It’s incredible that Voyagers‘ instruments have proven so hardy. We’re proud they’ve withstood the test of time. The long lifetimes of the spacecraft mean we’re dealing with scenarios we never thought we’d encounter. We will continue to explore every option we have in order to keep the Voyagers doing the best science possible,” said Voyager Project Manager Suzanne Dodd of NASA’s Jet Propulsion Laboratory (JPL) in Pasadena, California.

The CRS is one of several science instruments functioning on Voyager 2. The others include two instruments that study plasma, or ionized gas made up of positive ions and free electrons, and a magnetometer, which studies the rare clouds of materials occasionally seen in interstellar space.

Like the CRS, Voyager 1‘s ultraviolet spectrometer continues to function after having had its heater turned off in 2012, now operating at a temperature of minus 79 degrees Celsius (minus 110 degrees Fahrenheit).

Thrusters on both Voyagers, which operate by firing tiny pulses and are used to rotate the spacecraft, have been degrading over time.  Their role is crucial, as they keep each probe’s antenna aimed toward Earth. In 2017, after discovering a weakening of Voyager 1‘s thrusters, mission engineers decided to power up another set of thrusters that had not been used in 37 years. When the effort proved successful, the same was done with long unused thrusters on Voyager 2.

Data collected by both probes about the boundary between the heliosphere and interstellar space will be especially useful for new, remote observatories studying this area, such as NASA’s Interstellar Boundary Explorer (IBEX), a small satellite launched in 2008, and its Interstellar Mapping and Acceleration Probe (IMAP), scheduled to launch in 2024.

Both Voyagers are expected to lose the power to operate any science instruments sometime between 2025 and 2030.

Fun article, I enjoyed the history and the thought of something we made on earth touching interstellar space – finally.