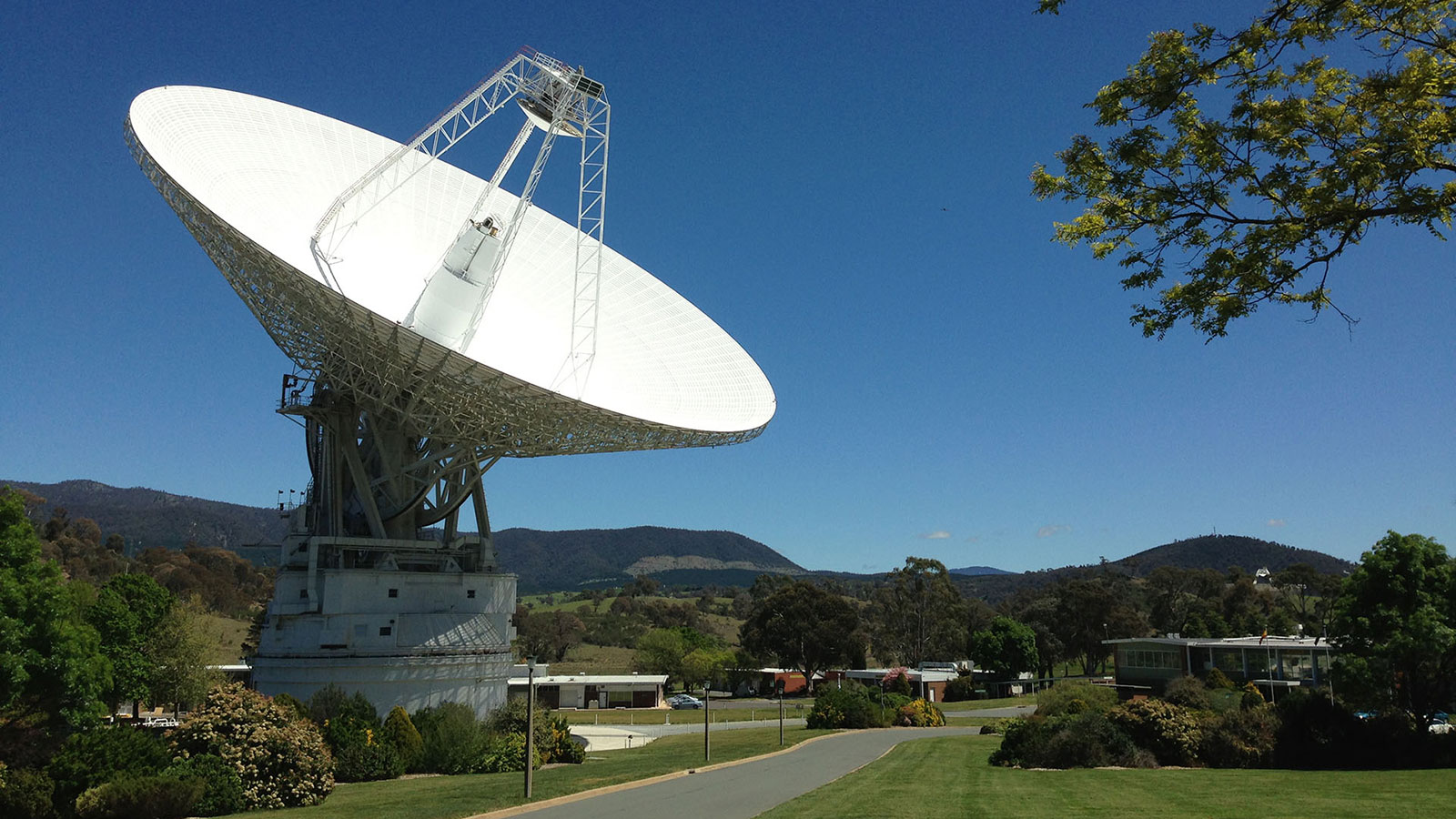 The only radio telescope capable of communicating with NASA’s Voyager 2 spacecraft will undergo nearly 11 months of upgrades to its 230-foot- (70-meter-) wide antenna, during which it will be unable to transmit commands to the 42-year-old spacecraft, which is now traveling in interstellar space.

Located in Canberra,  Australia, the radio antenna, also known as DSS43, is part of NASA’s Deep Space Network (DSN), which operates radio telescopes in California and Spain in addition to Australia. These telescopes are active 24 hours a day, every day of the year. Scientists use them to communicate with various spacecraft from the Moon to interstellar space regardless of the Earth’s position in relation to the Sun.

Approximately 20 stories high, the giant radio dish, which has been functioning for 48 years, has been experiencing glitches in some of the transmitters it uses to communicate with spacecraft and with parts of the antenna itself. Some of the parts that make up the antenna and transmitter are more than 40 years old.

Communicating with a spacecraft as far away as Voyager 2 requires a powerful S-band transmitter. Because Voyager 2 uses outdated communication technology, commands sent to the probe must be transmitted on a specific frequency that no southern hemisphere telescope other than Canberra’s 230-foot antenna can do.

The spacecraft can be reached only via southern hemisphere telescopes because it is traveling downward in relation to Earth’s plane of orbit.

In January of this year, Voyager 2 shut down its science instruments after it accidentally overdrew its power supply. Commands sent via the DSN enabled it to recover from the glitch.

With that recovery complete, the DSN on March 9 began working on the upgrades that will equip the antenna with current technology, reducing the chances of future breakdowns. The work is expected to be completed before February 1, 2021.

“It’s a little more than 10.5 months, so we rounded up,” JPL media relations specialist explained regarding the duration of the work. “It began March 9, so the operators consider that almost the full month of March, and it will continue through almost the entirety of January 2021. Right now, they expect to be back online before February 1.”

“Obviously, the 11 months of repairs put more constraints on the other DSN sites. But the advantage is that when we come back, the Canberra antenna will be much more reliable,” noted DSN chief engineer Jeff Berner.

While DSN will not be able to send commands to Voyager 2 during this time, the facility’s three 111-foot (34-meter) antennas will be able to receive science data from the probe.

“We put the spacecraft into a state where it will be just fine, assuming that everything goes normally with it during the time that the antenna is down,” explained Voyager 2 project manager Suzanne Dodd, who is also director of NASA’s Jet Propulsion Laboratory‘s (JPL) Interplanetary Network. “If things don’t go normally–which is always a possibility, especially with an aging spacecraft–then the on board fault protection that’s there can handle the situation.”