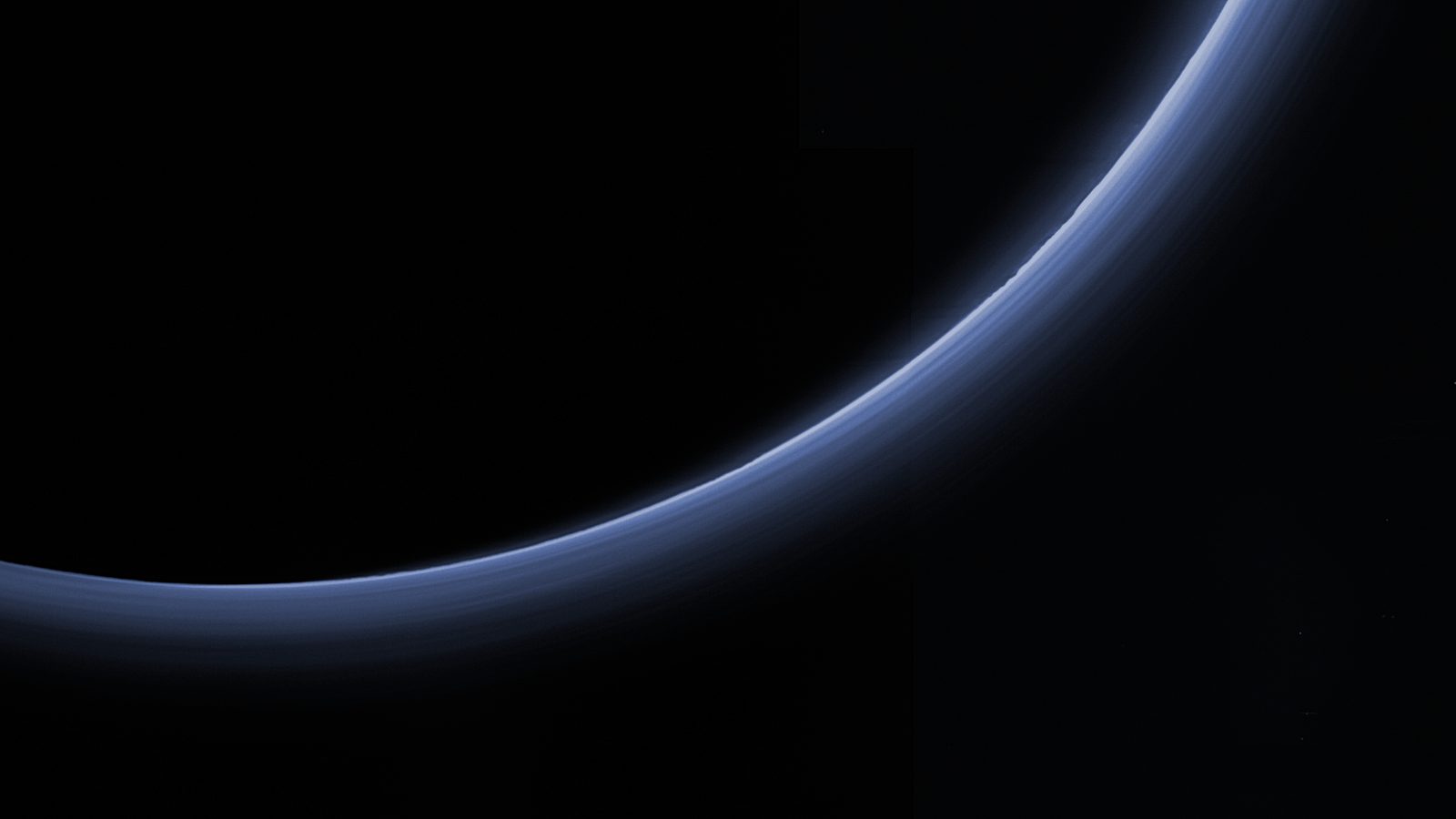 All three worlds have an abundance of nitrogen, methane, and carbon monoxide in their atmospheres, which initially led scientists to think their hazes formed similarly and have similar compositions. 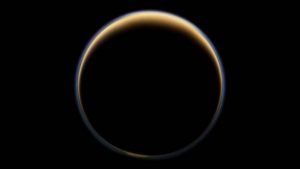 Now, a new study finds that Pluto’s and Triton’s hazes formed very differently from that of Titan.

Using computer models of haze formation, a team of scientists found that because Pluto’s atmosphere is approximately 175 degrees Fahrenheit (80 degrees Celsius) lower than that of Titan, the chemical reactions that produce Titan’s haze would create only half of the haze particles NASA’s New Horizons spacecraft detected around Pluto.

One reason for this is chemical reactions occur much more slowly in colder environments.

On Titan, these chemical reactions in the upper atmosphere are triggered by sunlight. The result is simple organic compounds, such as hydrogen cyanide, that through additional chemical reactions go on to form more complex organic molecules.

As the small planet’s gravity pulls these ice particles downward toward the surface, other gases condense around the particles, causing the haze to grow thicker. 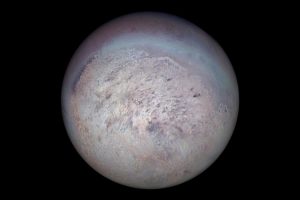 The additional chemical reactions that occur in Titan’s atmosphere, producing more complex organic molecules, do not occur in Pluto’s atmosphere, as there is less interaction between solar radiation and the icy particles that comprise Pluto’s haze.

This results in Pluto’s haze being composed mostly of various ices. Because Triton’s atmosphere is even colder than Pluto’s, its chemical reactions occur even more slowly and likely make its haze even more icy than Pluto’s.

According to the research team, the computer model accurately predicted the amounts, sizes, and atmospheric distributions of the various ices New Horizons detected in Pluto’s haze.

“The comparison of Titan, Pluto, and Triton illuminates the important differences in the mechanisms of haze formation in planetary atmospheres,” noted Panayotis Lavvas of the University of Reims Champagne-Ardenne in Reims, France.

Lavvas is lead author of a paper on the findings published in the journal Nature Astronomy. 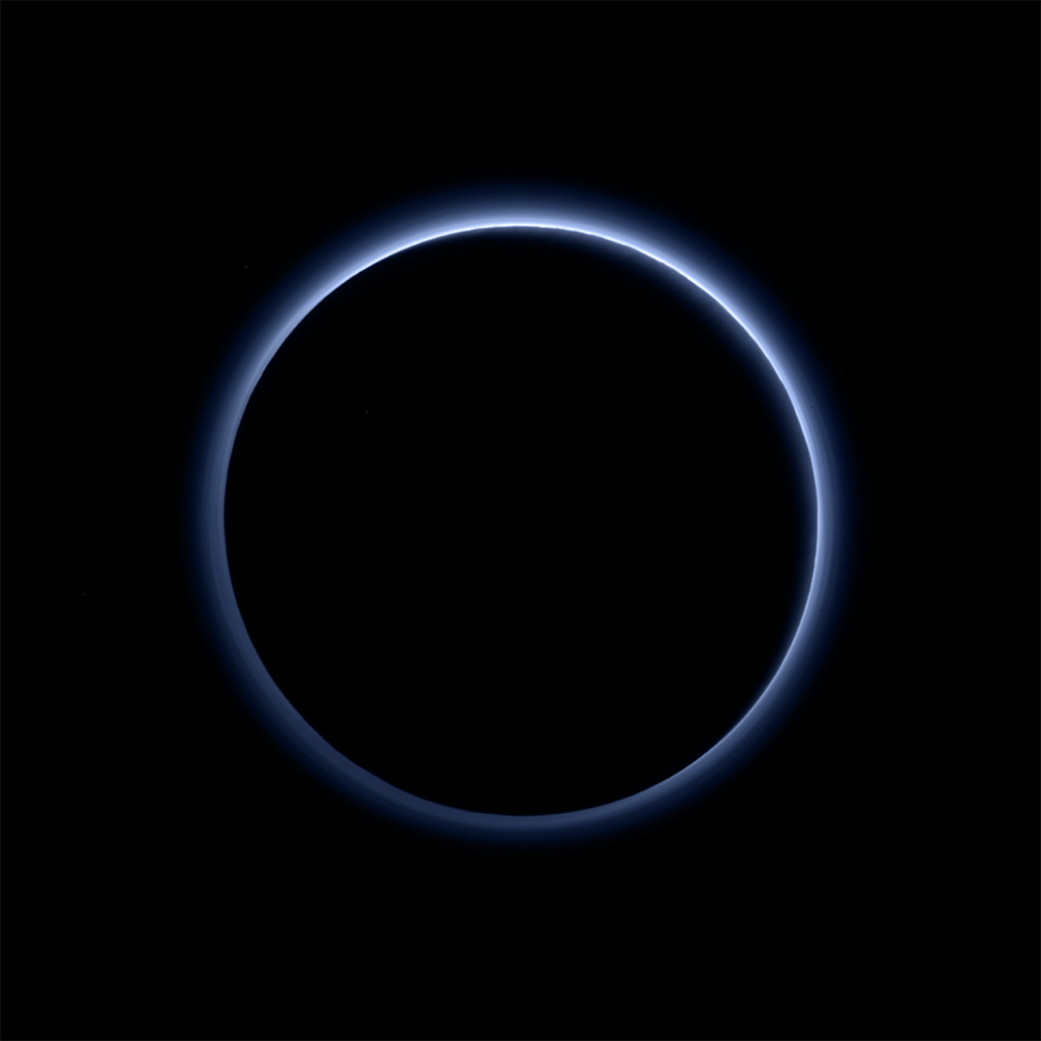