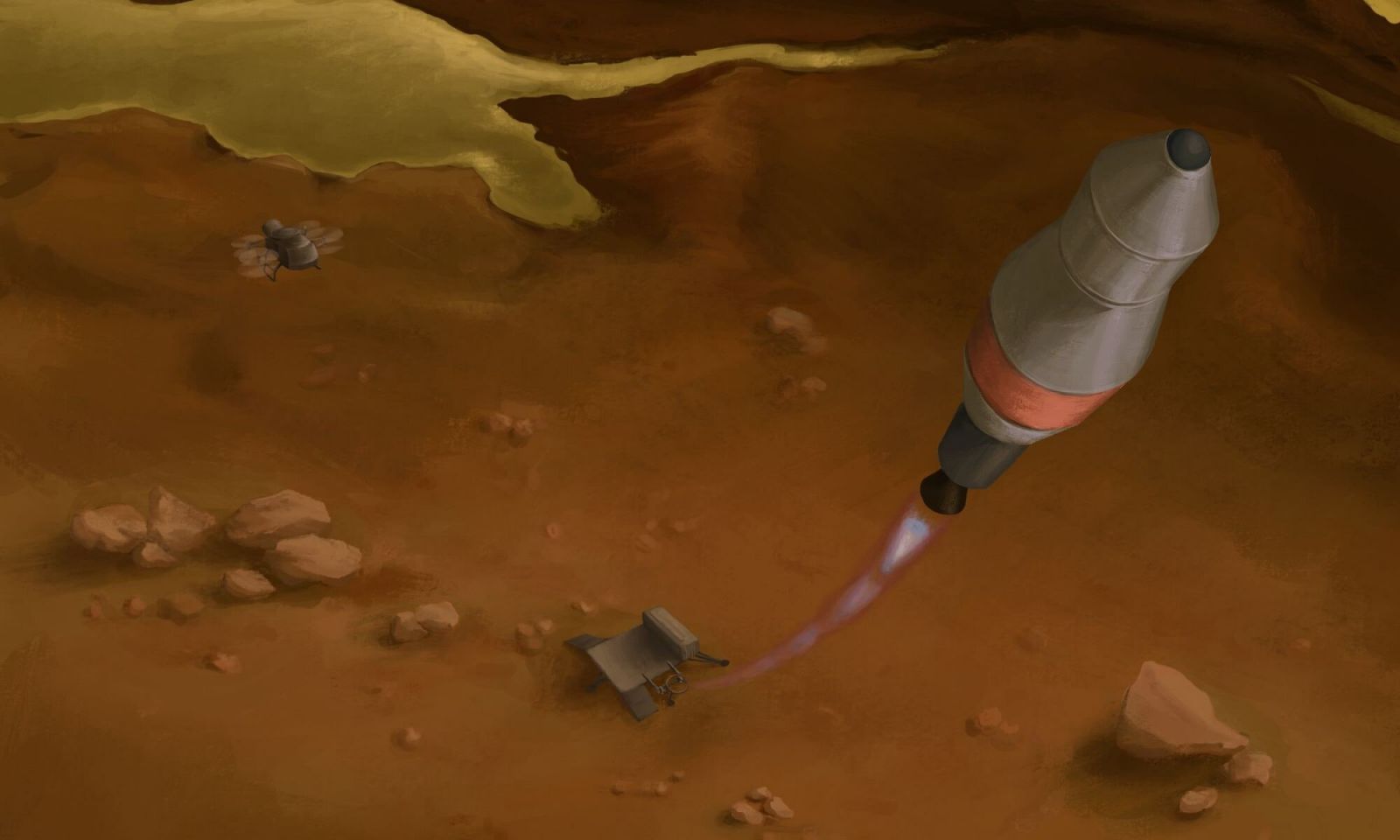 Funded by a $125,000 grant from the NASA Innovative Advanced Concepts (NIAC) program, engineers and scientists are exploring a possible future mission to return samples from Saturn’s large moon Titan.

NIAC, which funds research into innovative technology that could be used in future space missions, awarded the grant to researchers at NASA’s Glenn Research Center in Cleveland, Ohio.

The only solar system world other than Earth with liquid lakes on its surface, Titan has a thick atmosphere with a high concentration of nitrogen and chemical compounds not found on Earth. It could potentially host microbial life, either in its surface lakes of methane and ethane, or in its subsurface ocean of liquid water, in spite of surface temperatures of approximately minus 290 degrees Fahrenheit (minus 179 degrees Celsius).

If microbial life is present in the large moon’s subsurface ocean, it could be similar to that found in the depths of Earth’s oceans in or near hydrothermal vents, cracks on the ocean floor through which warm water and chemicals flow.

From a technical standpoint, landing on Titan is easier than landing on Mars because its thick atmosphere would slow a lander enough that no rockets would be necessary.

“We expect landing on Titan to be relatively easy,” said Steven Oleson, who heads NASA’s Compass Lab at Glenn. “Titan has a thick atmosphere of nitrogen — 1.5 times the atmospheric pressure of Earth — which can slow the lander’s velocity with an aeroshell and a parachute for a soft landing, just like astronauts returning to Earth.”

An illustration of Titan with NASA’s Huygens probe, which descended to its surface in 2005. Credit: NASA

Titan’s methane could be used for the rocket fuel required to launch samples from its surface to a spacecraft that would take them back to Earth.

“Producing rocket fuel on Titan wouldn’t require chemical processing — you just need a pipe and a pump. The methane is already in a liquid state, so it’s ready to go,” Oleson stated.

Liquid oxygen, which would be needed for the fuel to burn, could potentially be produced by melting rocks made up of water ice.

Obtaining samples from Titan would enable scientists to study tholins, complex organic molecules found in various locations in the outer solar system but not on Earth. These reddish brown compounds are believed to be the result of interaction between simple organic molecules and ultraviolet rays from the Sun.

Early Earth, to which Titan is often compared, may have harbored tholins, which could have been crucial to the formation of the planet’s first life forms.

In 2027, NASA plans to launch Dragonfly, a rotorcraft that will fly over Titan and study its various sites in search of pre-biotic chemical processes. Locations scouted by Dragonfly could potentially be considered as sample collection sites.

Oleson and Geoffrey Landis, also of Glenn, outline their proposal in a white paper titled “A Titan Sample Return using In-Situ Propellants.” Among their suggestions is using Saturn’s gravity, both to brake at Titan and to leave the Saturn system for return to Earth.

“Despite the greater distance to Titan than to the Moon or Mars, we argue that this ISRU (In-Situ Return Utilization) is actually easier to do, and yet has significantly higher performance, than the more complicated chemical-reduction processes previously proposed for Mars and the Moon. Although some technology development would be required, we believe such a mission could be easily accomplished in the next decade,” Oleson and Landis note in their paper. 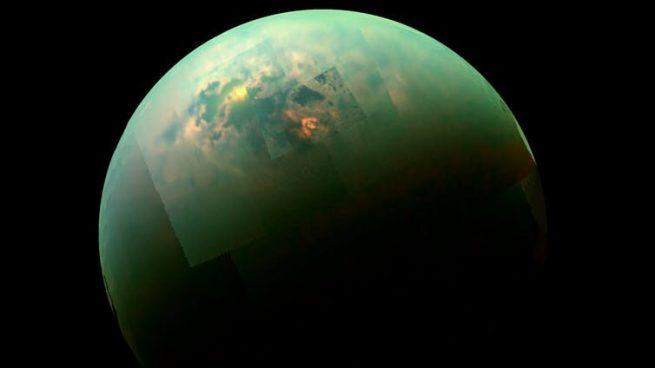