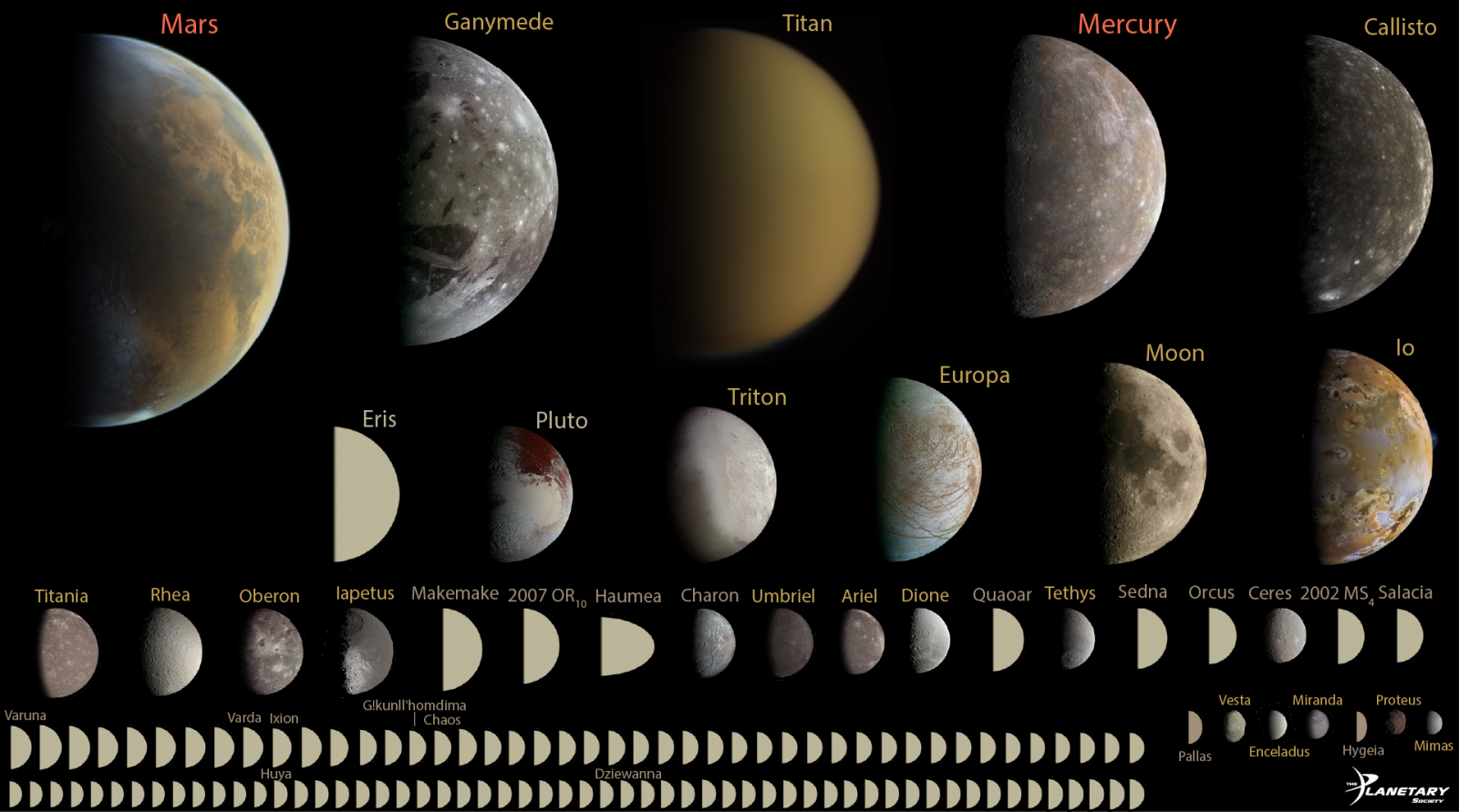 In an in-depth study of planet classification from the time of Galileo to the present, a group of planetary scientists criticize the 2006 International Astronomical Union (IAU) planet definition as being rooted in folklore and astrology and argue for a geophysical definition that includes spherical moons as secondary or satellite planets.

Published in the journal Icarus, the paper covers the evolution of planet classification over four centuries, beginning with Galileo’s description of the four satellites of Jupiter that he discovered in 1610, as well as Earth’s Moon, as planets. Astronomers Giovanni Cassini and Christiaan Huygens used the term for satellites of Saturn later in the 17th century; William Herschel did so for satellites of Uranus, and other scientists did so for Neptune’s moon Triton.

Since the Copernican Revolution, when heliocentrism replaced geocentrism, scientists have defined objects as planets based on their geophysical and geological processes and not on their orbits, the researchers said. This has been the case since Galileo viewed mountains on the Moon and recognized them as similar to mountains on Earth.

The notion that the number of planets in the solar system had to be kept small in order for those objects to somehow be “special” actually originated with astrology and folklore, specifically weather forecasts. These required a manageable number of objects in an orderly system to make what many in the public viewed as accurate predictions.

For many people in the 18th and 19th centuries, folk almanacs that were published annually with weather predictions comprised the only knowledge of the planets they had.

The astrological view that excluded moons and recognized only a small number of planets influenced science literature and discourse in the late 19th and early 20th centuries, the authors claim.

“This might seem like a small change, but it undermined the central idea about planets that had been passed down from Galileo. Planets were no longer defined by virtue of being complex, with active geology and the potential for life and civilization. Instead, they were defined by virtue of being simple, following certain idealized paths around the Sun,” noted study lead author Philip Metzger of the University of Central Florida (UCF). 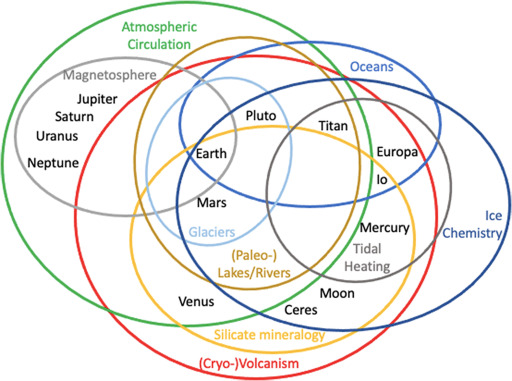 Between 1910 and 1955, the study of planetary science declined, possibly due to developments in other areas of astronomy and to the fact that technology had not yet progressed to enable study of planets’ geologies. During this time period, nearly all references to spherical moons as satellite planets essentially vanished.

Once the age of space exploration began in the 1960s, this trend was reversed. For the first time, scientists gained close up views of solar system planets and moons, which included discovery that some of those moons have complex geology.

Yet the IAU definition, which was motivated largely by bureaucratic concerns over which committee would name the recently-discovered Eris, was based on the older, folkloric concept in which planets were seen as a small number of “special” objects in orderly orbits, the writers said.

While orbit clearing describes an object’s current configuration, it does not account for changes that could occur.

“It’s a current description of the status of things. But if, for instance, a star passes by and disrupts our solar system, then planets are not going to have their orbits cleared anymore,” Metzger stated.

Review of current planetary science papers indicates overwhelming use of the geophysical definition rather than that adopted by the IAU, the writers said.

“The concept of orbit clearing or gravitational dominance is indeed important, but it is far less important than the totality of all the other things that should be said about planets, and we found no cases in the literature of scientists using gravitational dominance to formulate subsequent hypotheses to explain the further nature of these objects,” the paper argues.

While the authors recommend the IAU rescind its resolution, they also advocate revision of textbooks and educational materials at all levels to teach the geophysical planet definition and its consistency with the understanding of planets since the Copernican Revolution. 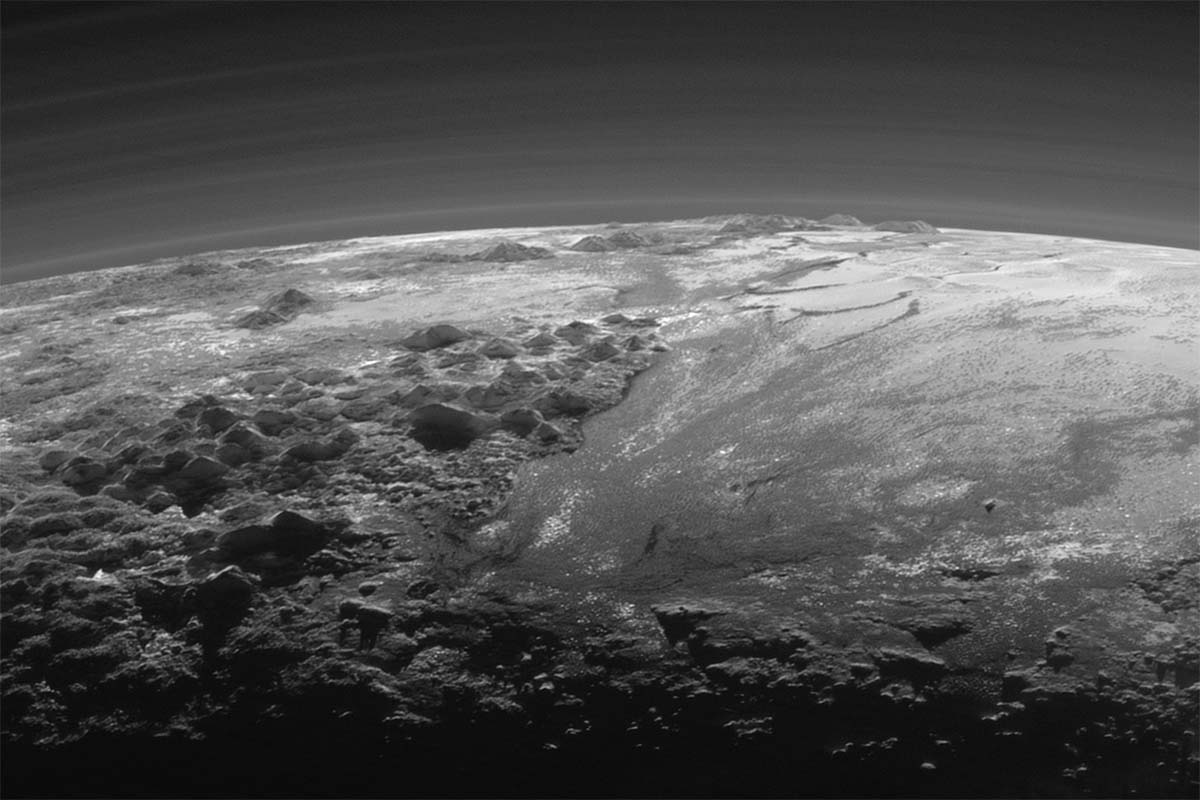 Pluto, revealed by the New Horizons mission to have mountains, plains, and atmospheric hazes, was excluded from planet status by the IAU definition for not clearing its orbit. Credit: NASA

The original planetary definition proposal, put together by a distinguished panel of astronomers, had a much broader definition than that ultimately voted by the Prague General Assembly. The original held sphericity of form, thus self-gravity, i.e. a mass criterion, to be a major criterion, but not a disqualifying orbital “clearing” criterion. The proposed definition therefore included the largest moons of the solar system, including the Moon, and the asteroids that met the criterion. Why not bring that proposal forward for reconsideration?