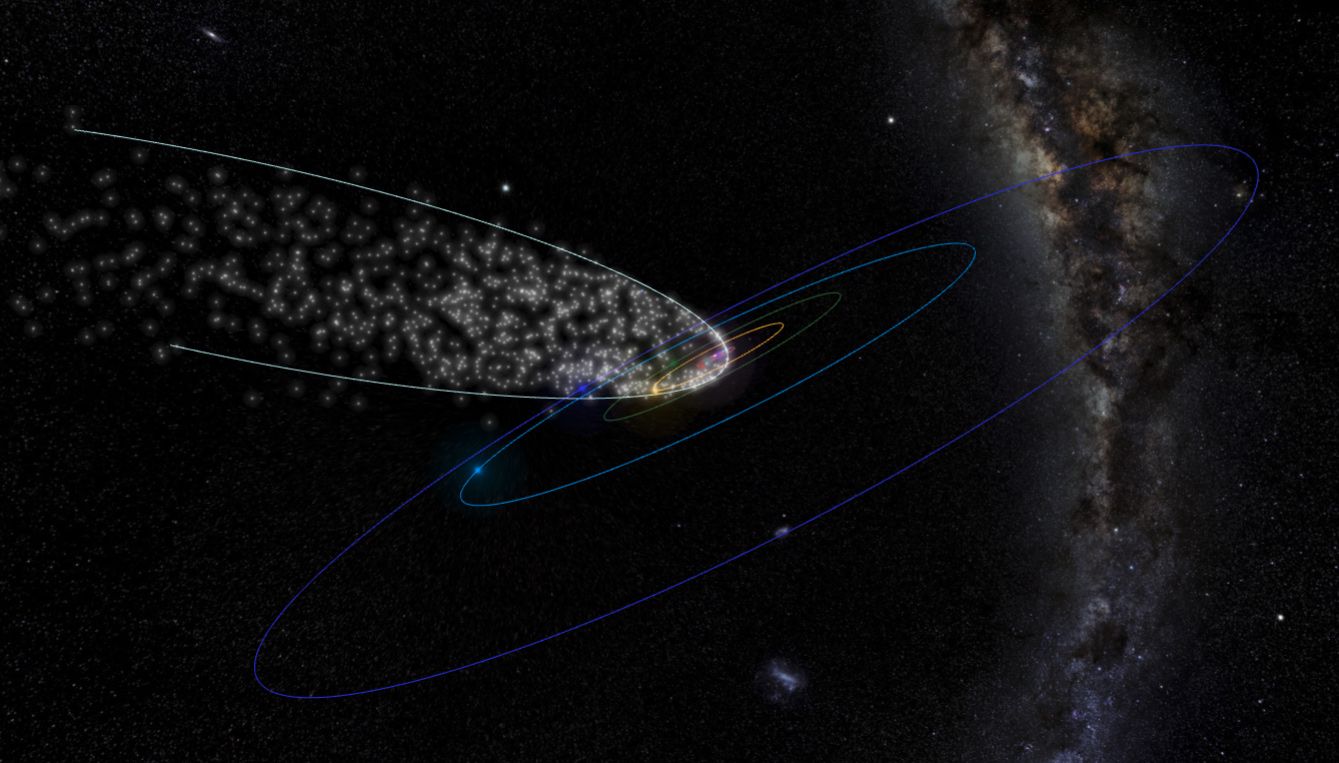 Scientists have traced as many as 15 lesser-known meteor showers through which the Earth travels annually to long-period comets with orbits that take up to 4,000 years.

Most meteor showers come from short period comets, which have orbital periods of 200 years or less and usually originate in the Kuiper Belt.

Comets with longer orbits, which originate in the Oort Cloud, a spherical region beyond the Kuiper Belt that contains trillions of comets, spread their debris over larger areas of space and sometimes eject that debris altogether. For these reasons, meteor showers resulting from their debris are far more difficult for astronomers to detect.

Now, in a new paper published in the journal Icarus, a team of scientists led by Peter Jenniskens of the SETI Institute in California report using the institute’s Cameras for Allsky Meteor Surveillance (CAMS), a global network of low-light video surveillance cameras that continually observe the night sky, to track the orbits and trajectories of meteor showers to long-period comets.

“Until recently, we only knew five long-period comets to be parent bodies to one of our meteor showers, but now we identified nine more, and perhaps as many as 15,” Jenniskens said. “This creates a situational awareness for potentially hazardous comets that were last near-Earth orbit as far back as 2,000 BC.”

Among discoveries made using CAMS was a meteor shower observed in late 2019, which astronomers traced back to a comet described in a medieval book about ancient battles published in the year 553.

One year ago, scientists traced a meteor shower in the constellation Serpens to a previously undiscovered long-period comet.

The worldwide CAMS network traces the origin of all meteors that enter Earth’s atmosphere. Scientists use that data to create interactive maps that depict the origins of all known meteor showers on an image of the celestial sphere.

Meteor showers produced by long-period comets often last for days, a finding that surprised the researchers.

“It probably means that these comets returned to the solar system many times in the past, while their orbits gradually changed over time,” Jenniskens said.

Another interesting phenomenon the research team discovered is that the most scattered meteor showers have the highest content of tiny meteoroids.

“The more dispersed showers are probably the oldest ones. So this could mean that the larger meteoroids fall apart into smaller meteoroids over time,” Jenniskens said.

While comet impacts on Earth are rare, they can have major consequences because they travel at such high speeds.

As a next step, the researchers plan to continue looking for even dimmer meteor showers and hope to trace them back to more distant comets. 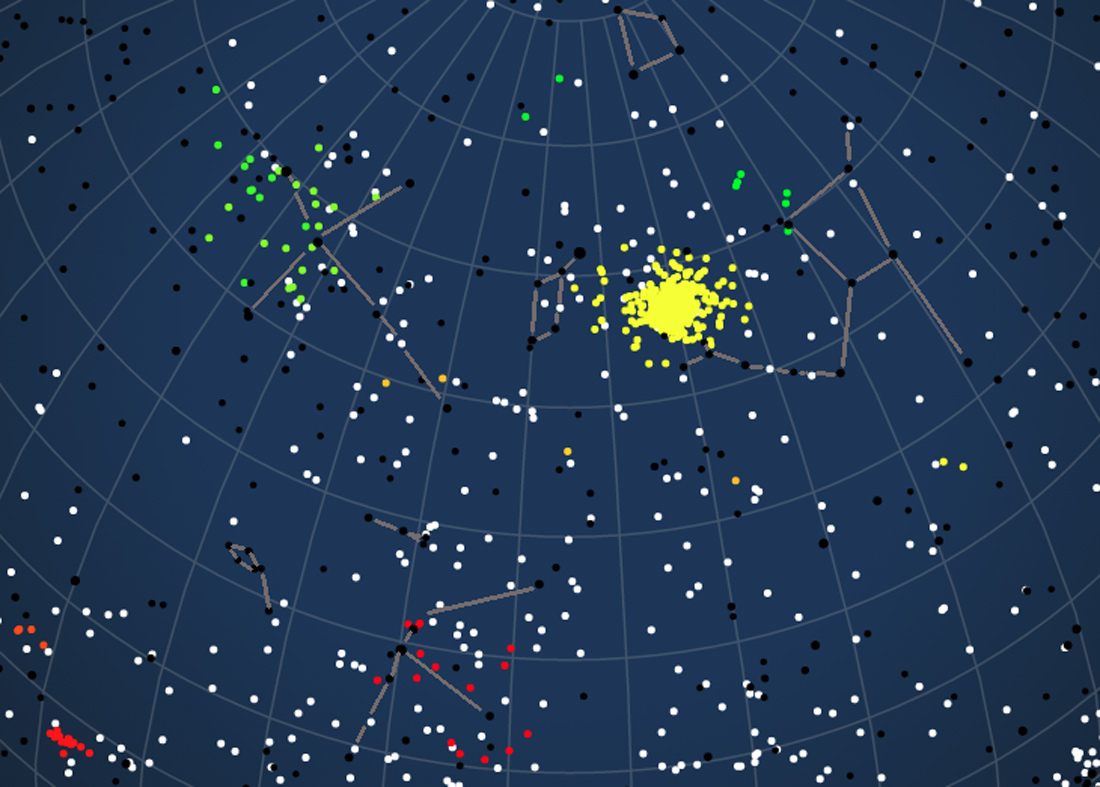