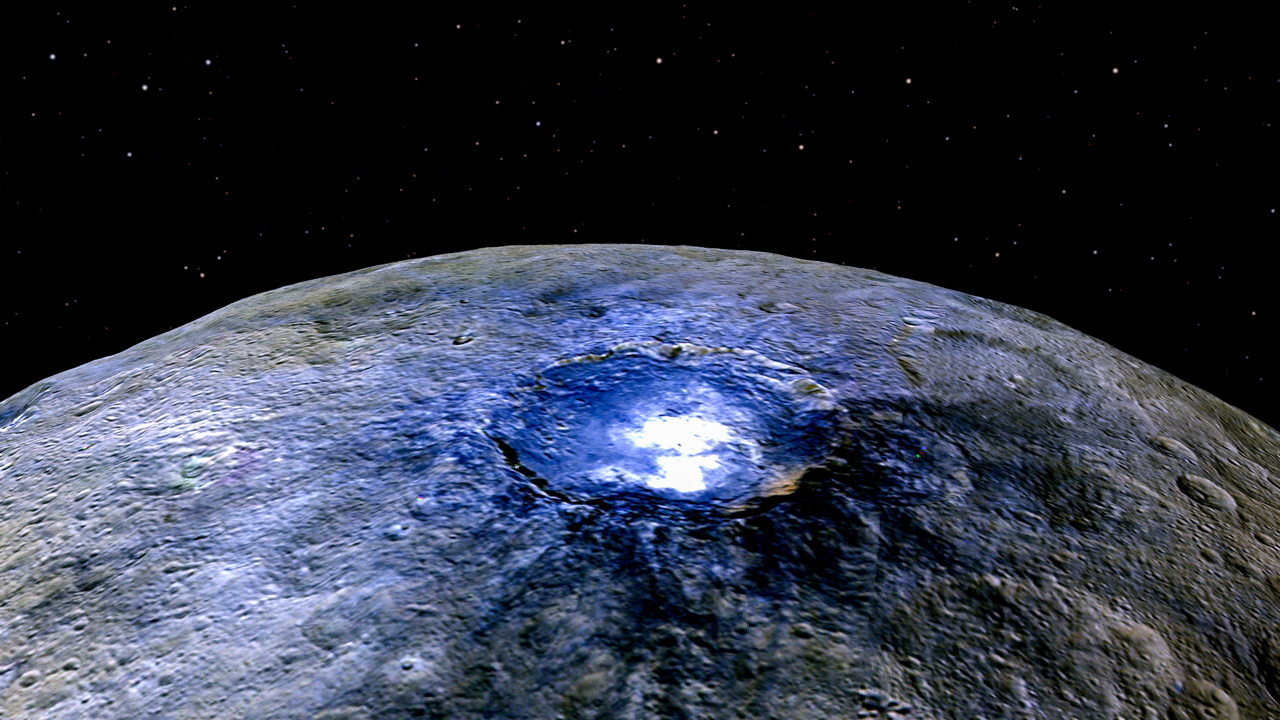 Planetary scientists have recommended NASA send a sample return mission to Ceres, the only dwarf planet located in the asteroid belt between Mars and Jupiter.

A mission study concept submitted to NASA’s Planetary Science Decadal Survey, which highlights priorities for the space agency’s next decade of planetary missions, recommends a New Frontiers mission to collect and return samples from Ceres, the ocean world closest in distance to Earth.

In 2015, NASA’s Dawn mission found Ceres to have an underground ocean and chemistry that could indicate habitability for microbial life. Believed to have originated in the outer solar system, Ceres is one of a growing number of solar system ocean worlds, which include Jupiter’s moon Europa, Saturn’s moons Enceladus and Titan, Neptune’s moon Triton, and Pluto.

“Ceres has a crust of about 25 miles of water-rich material, and about 40 percent of its volume could be water. What’s really exciting is that it has a lot of carbonates; it has ammonia on its surface; it has brines, and we think a lot of organics on its surface,” said Dawn mission deputy principal investigator and return mission proposal co-author Julie Castillo-Rogez of NASA’s Jet Propulsion Laboratory (JPL). 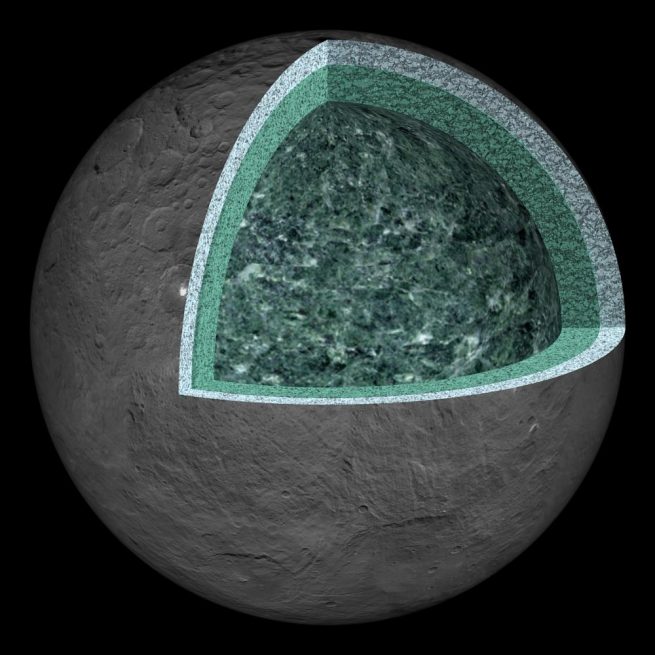 Artist’s concept of Ceres’ interior, showing its innermost layer, which is made up of hydrated rocks. Image Credit: NASA/JPL-Caltech

A key goal of the proposed mission is the first ever return of organic material from another world.

“There are very bright regions that are evidence of sodium carbonates–compounds of sodium, carbon, and oxygen–also found on Enceladus, which is a marker of a habitable environment,” Castillo-Rogez said.

Dawn also surprised scientists by revealing geological activity on the small planet, which scientists think is powered by heat generated from the radioactive decay of elements within the planet.

In one particular region, Dawn revealed cracks in the surface rocks, a feature produced by geological activity.

In a separate study that combined Dawn data and computer modeling, published in the journal AGU Advances, other scientists determined Ceres initially was cold but was then heated up by the radioactive decay of elements like uranium and thorium.

“What we’ve shown in this paper is that radiogenic heating all on its own is enough to create interesting geology,” said Scott King of Virginia Tech College of Science (VTU).

The sample return mission proposal calls for the launch of a robotic probe that would orbit Ceres to search for geological activity, and a lander, which would touch down in the bright spots of Vinalia Faculae within Occator Crater, where it would collect a 100-gram sample of surface material.

Samples would not be taken from the region known as Cerealia Facula because liquid from the subsurface ocean is present on the surface there. A probe from Earth could potentially contaminate any indigenous microbial life at this location.

According to the proposal, the orbiter and lander would launch on either a Falcon Heavy or similar rocket in late 2030, reach the dwarf planet by mid-2037, and orbit for 18 months before sending a lander to take samples from two separate locations in Occator Crater. As a New Frontiers mission, the entire project would have to cost less than $1.1 billion.

“The proximity and low gravity make it so we can do a sample return at a relatively low cost,” Catillo-Rogez said.