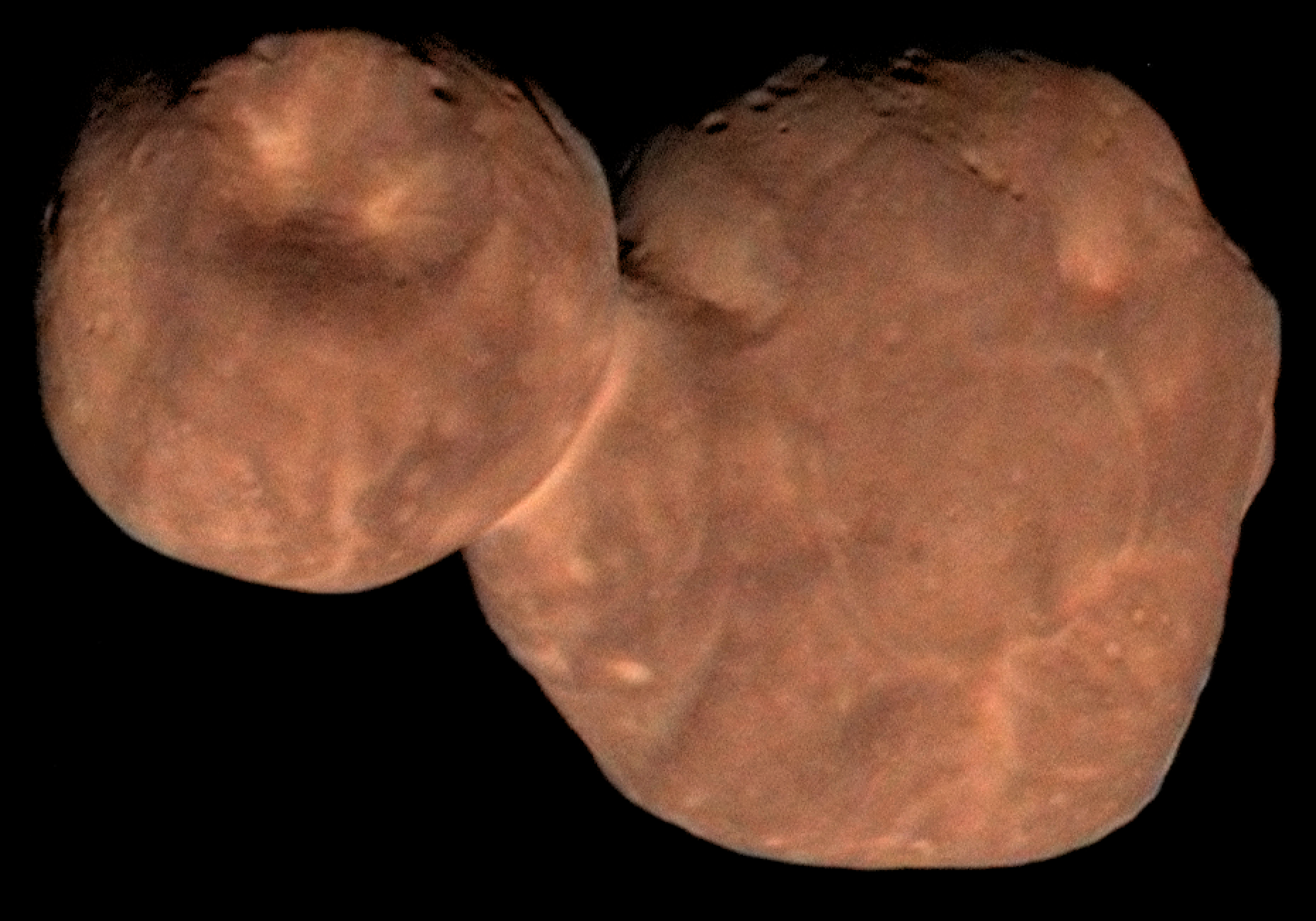 The first peer-reviewed academic paper about Ultima Thule, based on New Horizons‘ flyby of the Kuiper Belt Object, was published in the journal Science and speculates as to the process by which the contact binary was formed.

Ultima Thule has proven to be a far more complex object than expected. Scientists believe the two lobes that compose it, which have different sizes and shapes, initially orbited one another as separate objects before being brought together in a process described as a “gentle merger.” 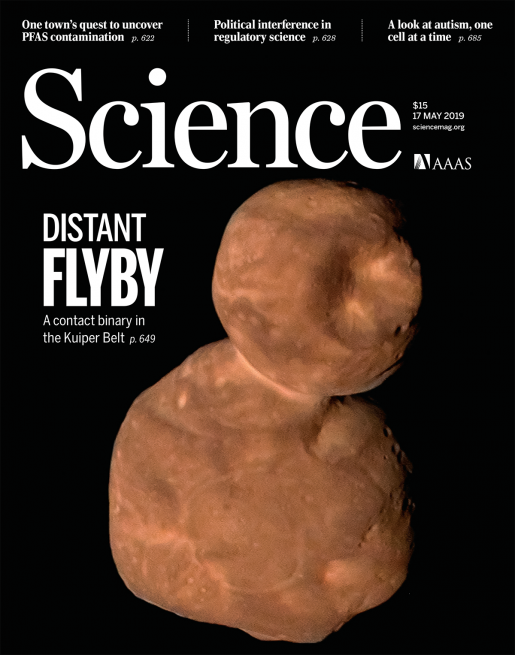 Its larger bottom lobe, nicknamed “Ultima,” has a flat shape while its smaller upper lobe, nicknamed “Thule,” is round. Both are a reddish color and are connected by a narrow, bright “neck.”

Just how each lobe got its unique shape remains a mystery, as does the process by which the gentle merger occurred. Researchers do not know what dissipated the angular momentum of the two lobes when they were orbiting one another and allowed the merger to happen. Possible causes include aerodynamic forces produced by gases in the solar nebula during the solar system’s formation and/or the ejection of other lobes that formed with Ultima and Thule, causing their orbits around one another to shrink.

From the alignment of both lobes’ axes, scientists can determine they became tidally locked to each other before the merger occurred. Objects that are tidally locked orbit a common center of mass between them and always show the same face toward each other.

“We’re looking into the well-preserved remnants of the ancient past. There is no doubt that the discoveries made about Ultima Thule are going to advance theories of solar system formation,” said New Horizons principal investigator Alan Stern of the Southwest Research Institute (SwRI) in Boulder, Colorado.

Even with just 10% of the data collected, scientists have detected numerous surface features on the 22-mile (36-kilometer) long KBO, such as craters, hills, troughs, pits, and both bright and dark patches. Ultima Thule’s largest crater, 5 miles (8 kilometers) in diameter and nicknamed Maryland Crater, likely formed during an impact with another object. Small pits could be the product of exotic ices having sublimated or transformed directly from solids to gases.

In addition to being the most distant object ever explored by a spacecraft, Ultima Thule is also the reddest object ever seen in our solar system and the most ancient relic of the planet formation era studied.  Its color, seen to a lesser extent on Pluto, is believed to be the result of interaction between exotic ices of organic materials on Ultima Thule’s surface with ultraviolet light from the Sun. New Horizons’ data indicates water ice, methanol, and other organic compounds are present on the KBO’s surface.

Now 4.1 billion miles (6.6 billion kilometers) from Earth and traveling 33,000 miles (53,000 kilometers) per hour, the spacecraft is healthy and is observing other KBOs from a distance as well as studying the environment of dust and charged particles deep in the Kuiper Belt. It may have sufficient fuel to fly by a third target, but a search for one will not begin until after all the Ultima Thule data is returned.