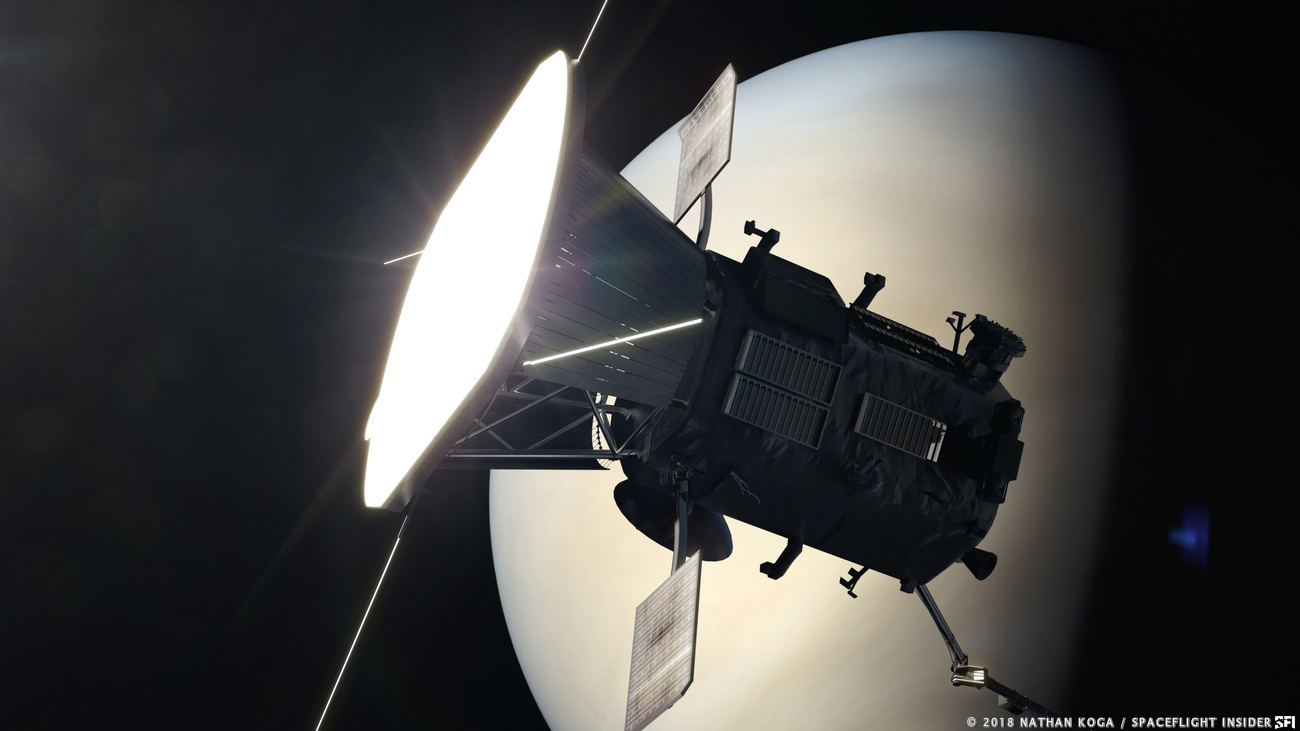 In 2018, NASA and United Launch Alliance set Parker Solar Probe on its way to the Sun. On its way toward the first of many perihelions, the spacecraft also flew by Venus. Image Credit: Nathan Koga / SpaceFlight Insider

Various robotic spacecraft launched by the world’s space agencies spent 2018 studying the Sun, planets and asteroids as well as the cosmos beyond the Solar System.

On Mars, a dust storm that started in June caused NASA’s Opportunity rover to go silent after 14 years of exploration. Although the rover has been unresponsive for six months, its mission team continues efforts to re-establish contact. Additionally, mission engineers successfully figured out a new way for NASA’s Curiosity rover to drill into the Red Planet’s surface after a hiatus of more than a year caused by a malfunction of one of the  rover’s motors. 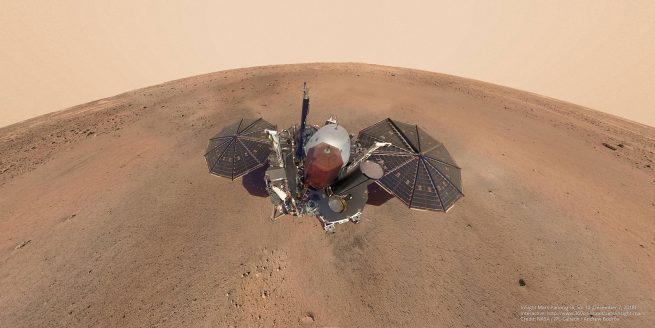 This panorama combines 10 exposures taken by the lander’s Instrument Deployment Camera, located on the elbow of its robotic arm, during the Sol 10 of InSight’s work on Mars (Dec. 7, 2018). Additionally, 86 images of landscape was taken on Sol 14 (Dec. 11, 2018). Some parts of the panorama are retouched. Image and Caption Credit: NASA/JPL-Caltech/Andrew Bodrov

Following a May 2018 launch, NASA’s InSight lander successfully touched down on the Martian surface in late November. To date, it has recorded the sound of wind on Mars and captured images of its landing site in Elysium Planitia. Using its seismometer, it will probe the planet’s deep interior to help scientists better understand the processes that shaped the early solar system.

NASA’s Dawn mission officially ended in November when the probe ran out of fuel after having orbited Ceres since March 2015. Ceres had been its second target; the probe had circled Vesta, a protoplanet and the second largest object in the asteroid belt, during 2011 and 2012. The first spacecraft to orbit two separate objects, Dawn found dry Vesta and wet Ceres to be two very different worlds. On Ceres, it detected organic compounds that are necessary components of life.

The asteroid belt continues to be a busy place for robotic probes, as the Japanese Aerospace Exploration Agency’s (JAXA) Hayabusa2 arrived at its target, asteroid Ryugu, in June. A follow up to JAXA’s first Hayabusa mission, which returned samples of asteroid Itokawa in 2010, Hayabusa2 is designed to deploy a lander and three rovers on Ryugu’s surface, which it will study for 18 months before blasting a crater and collecting samples from the subsurface before returning to Earth in late 2020.

Asteroid Bennu as OSIRES-REX passed over its north pole on Dec. 4, 2018. The spacecraft went into a close orbit around the body on Dec. 31. Photo Credit: NASA / Goddard / University of Arizona

Also this year, NASA’s first asteroid sample return, OSIRIS-REx, reached its target, asteroid Bennu in early December. It is now exploring Bennu’s surface with the goal of selecting an ideal landing site. The probe officially entered orbit around Bennu on Dec. 31. Significantly, the probe has already found evidence for water on the asteroid’s surface.

Closer to the center of the Solar System, NASA’s Parker Solar Probe took its first close up image of the Sun on Dec. 12. It has come closer to the Sun than any spacecraft and will make 24 close passes of the Sun’s surface during the next seven years. Its first images of the solar corona revealed streamers and filaments of plasma. 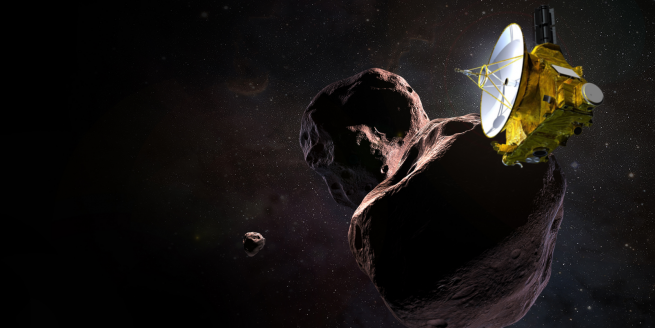 Meanwhile, NASA’s New Horizons spacecraft is also set to break records, as it closes in on Kuiper Belt object (KBO) Ultima Thule, one billion miles beyond Pluto. The closest flyby of the KBO is scheduled for 12:33 a.m. EST (05:33 GMT) Jan. 1, 2019. Composed of pristine materials unchanged since the dawn of the Solar System four billion years ago, Ultima Thule will be the most distant object ever visited by any spacecraft.

Voyager 2, which explored Jupiter, Saturn, Uranus, and Neptune, entered interstellar space late this year, as its twin, Voyager 1, did several years ago.

Back at Earth, many satellites continue to orbit the Earth, studying its climate, water, ice coverage, and geology.

Additionally, various space telescopes, including Hubble, Spitzer, Chandra, and Gaia continue to explore the cosmos beyond our solar system. The Transiting Exoplanet Survey Satellite (TESS), launched during the spring, has taken over the search for exoplanets from Kepler, which ran out of fuel this year. has already detected several new planets.