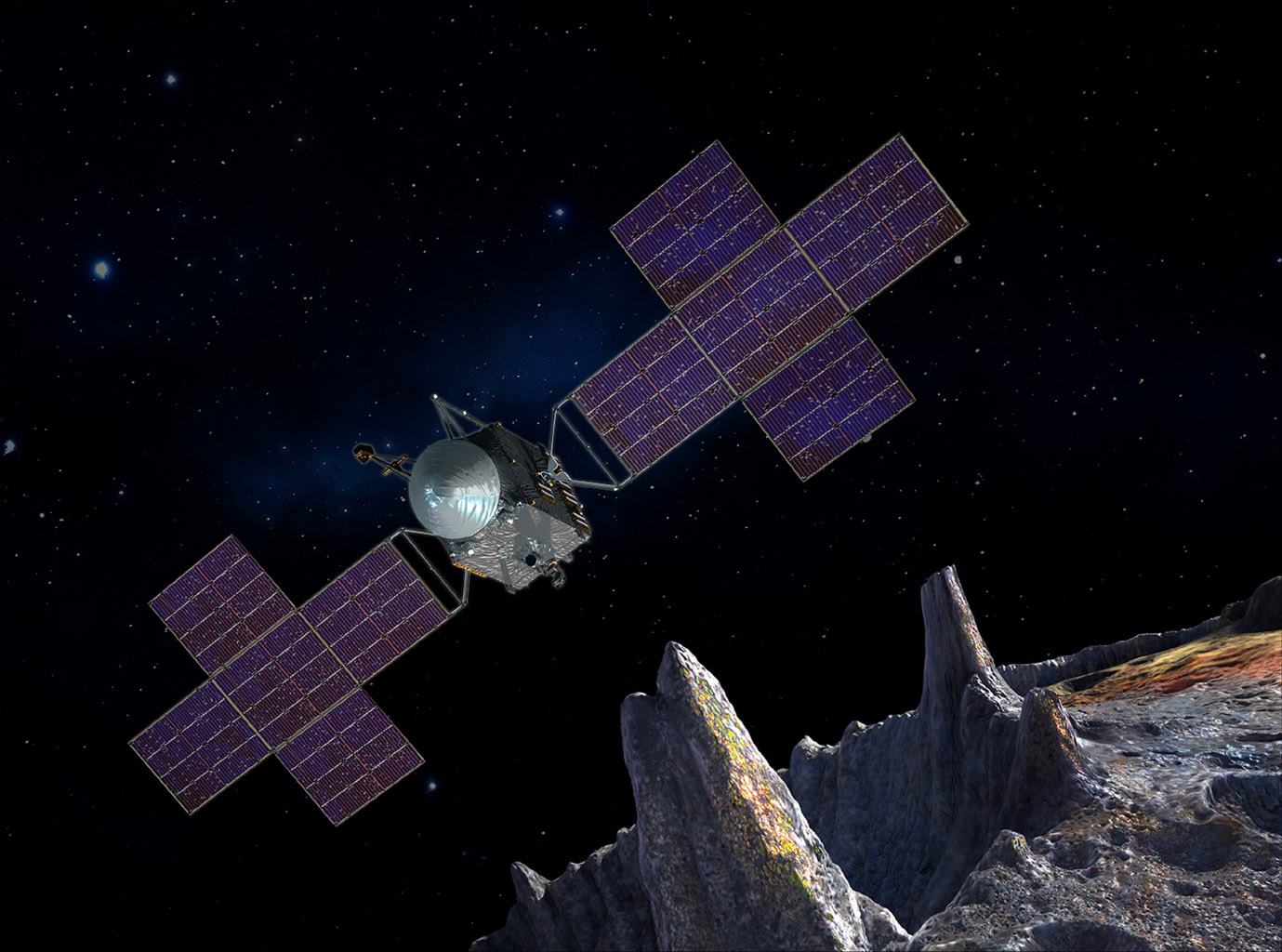 This illustration depicts the spacecraft of NASA’s Psyche mission near the mission’s target, the metal asteroid Psyche. Credit: SSL/ASU/P. Rubin/NASA/JPL-Caltech

Citing testing delays, NASA has made the decision to postpone the highly anticipated Psyche mission to the metal-rich asteroid of the same name.

Originally slated to launch in this summer, teams at NASA have decided the spacecraft’s software will not have enough time to undergo the required checkouts needed to assure the spacecraft will be ready in time for liftoff.

The delivery of the spacecraft itself from NASA’s Jet Propulsion Laboratory in California to Kennedy Space Center in Florida was also behind schedule. 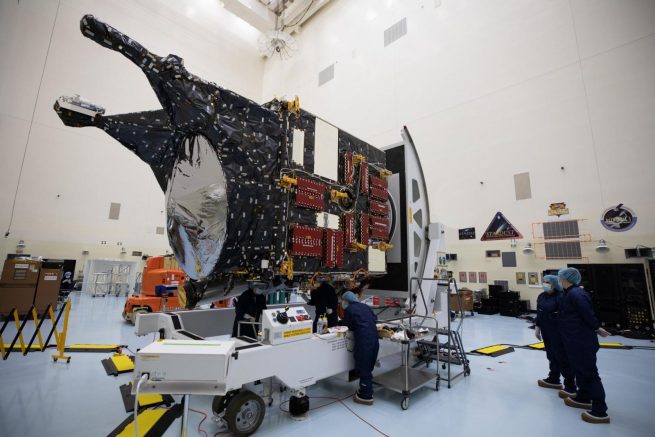 Technicians at NASA’s Kennedy Space Center in Florida work on the Psyche spacecraft in May 2022. Credit: NASA

While the hardware for the spacecraft has undergone final checkouts ahead of its anticipated flight, the launch team has not had the time necessary to assure confidence in the vehicle’s software to meet the window for 2022.

The mission’s launch opportunity for 2022 was already down to the wire, running from Aug. 1 to Oct. 11.

The software in question pertains to the spacecraft’s guidance, navigation, and control system. Being that this mission will be flying to a small planetary body, pinpoint accuracy is a must in order to assure a successful mission.

“Flying to a distant metal-rich asteroid, using Mars for a gravity assist on the way there, takes incredible precision,” said JPL Director Laurie Leshin in an agency news release. “We must get it right. Hundreds of people have put remarkable effort into Psyche during this pandemic, and the work will continue as the complex flight software is thoroughly tested and assessed. The decision to delay the launch wasn’t easy, but it is the right one.”

Launching from Earth to an asteroid provides an incredibly small window. The next opportunity for launch will come sometime in mid-2023 at the earliest. However, this delay means the spacecraft will not arrive at its target in 2026. Instead 2029 or 2030 would likely be the soonest arrival, depending on when the mission gets underway.

The spacecraft is slated to launch atop a SpaceX Falcon Heavy. The question of what will happen to the rocket slated for this mission in the near term is still up in the air.

There are several questions remaining about the future of the Psyche mission and whether the viability of continuing the mission remains.

NASA officials remain very non-committal on whether the mission will proceed toward launch.