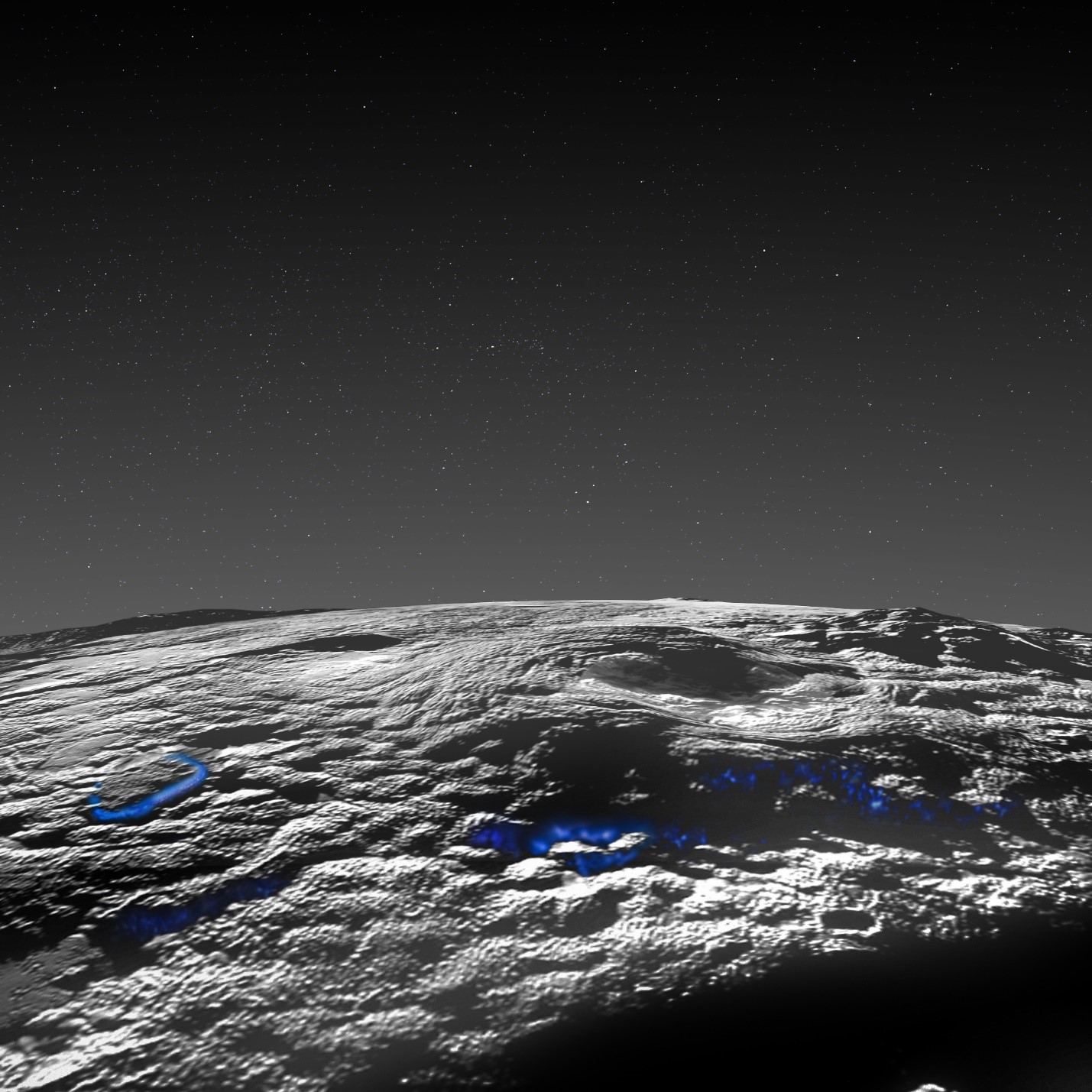 A new study that analyzed images of Pluto’s surface returned by the New Horizons spacecraft in 2015 has confirmed the presence of ice volcanoes on the dwarf planet’s surface, along with evidence they might still be active today.

Led by Kelsi Singer of the Southwest Research Institute, a team of researchers examined large dome-shaped structures in regions of the encounter hemisphere that have few impact craters, indicating geological activity that continually resurfaces the terrain.

The presence of these domes in this area, along with abundant slush erupting from 4.3-mile-high (7-kilometer-high) ice mountains southwest of Sputnik Planitia, the left side of Pluto’s iconic heart feature Tombaugh Regio, means Pluto’s interior is warmer than previously thought, causing the eruption of water mixed with volatiles such as methane and ammonia.

“One of the regions with very few impact craters is dominated by enormous rises with hummocky flanks. Similar features do not exist anywhere else in the imaged solar system. The existence of these massive features suggests Pluto’s interior structure and evolution allows for either enhanced retention of heat or more heat overall than was anticipated by New Horizons,” the authors said in their paper, which was published in the journal Nature Communications.

This level of internal heat was unexpected on a planet 3.6 billion miles (5.9 billion kilometers) from the Sun. Pluto’s surface temperature is so cold that even a mixture of water and ammonia freezes rapidly.

The fact that Pluto has more internal heat than previously thought lends support to the idea that it has a subsurface ocean that could potentially host microbial life.

Whereas volcanoes on Earth spew molten lava, Pluto’s cryovolcanoes emit a mix of slushy water and volatiles, which then freeze on the surface, forming the domed structures.

The fact that many of these domes are scattered in the area near Sputnik Planitia suggests there are many eruption sites there, along with a high volume of erupted material. Lack of craters means the eruptions occurred quite recently and could still be occurring today.

Wright Mons and Picard Mons, two ice volcanoes identified in the initial New Horizons data, appear to be large mounds that harbor deep holes, in their centers. These resemble calderas, hollowed out regions that form when volcanoes erupt on Earth.

In this latest analysis, the researchers determined the domes and mounds in this region may be larger than previously thought. Because they are located near the terminator that separates Pluto’s day and night sides, poor lighting may have led scientists to underestimate their sizes.

Researchers describe the topography in this region, which is unlike any found elsewhere in the solar system, as “unique to Pluto.”

While evidence of cryovolcanism has been found on dwarf planet Ceres, Jupiter’s moon Europa, and Saturn’s moons Titan and Enceladus, the phenomenon is not well understood because it does not occur on Earth and is difficult to study on such distant worlds.

“This newly published work is truly landmark, showing once again how much geologic personality Pluto for such a small planet has, and how it has been incredibly active over long periods. Even years after the flyby, these new results by Singer and coworkers show there’s much more to learn about the marvels of Pluto than we imagined before it was explored up close,” said New Horizons principal investigator Alan Stern, also of the Southwest Research Institute. 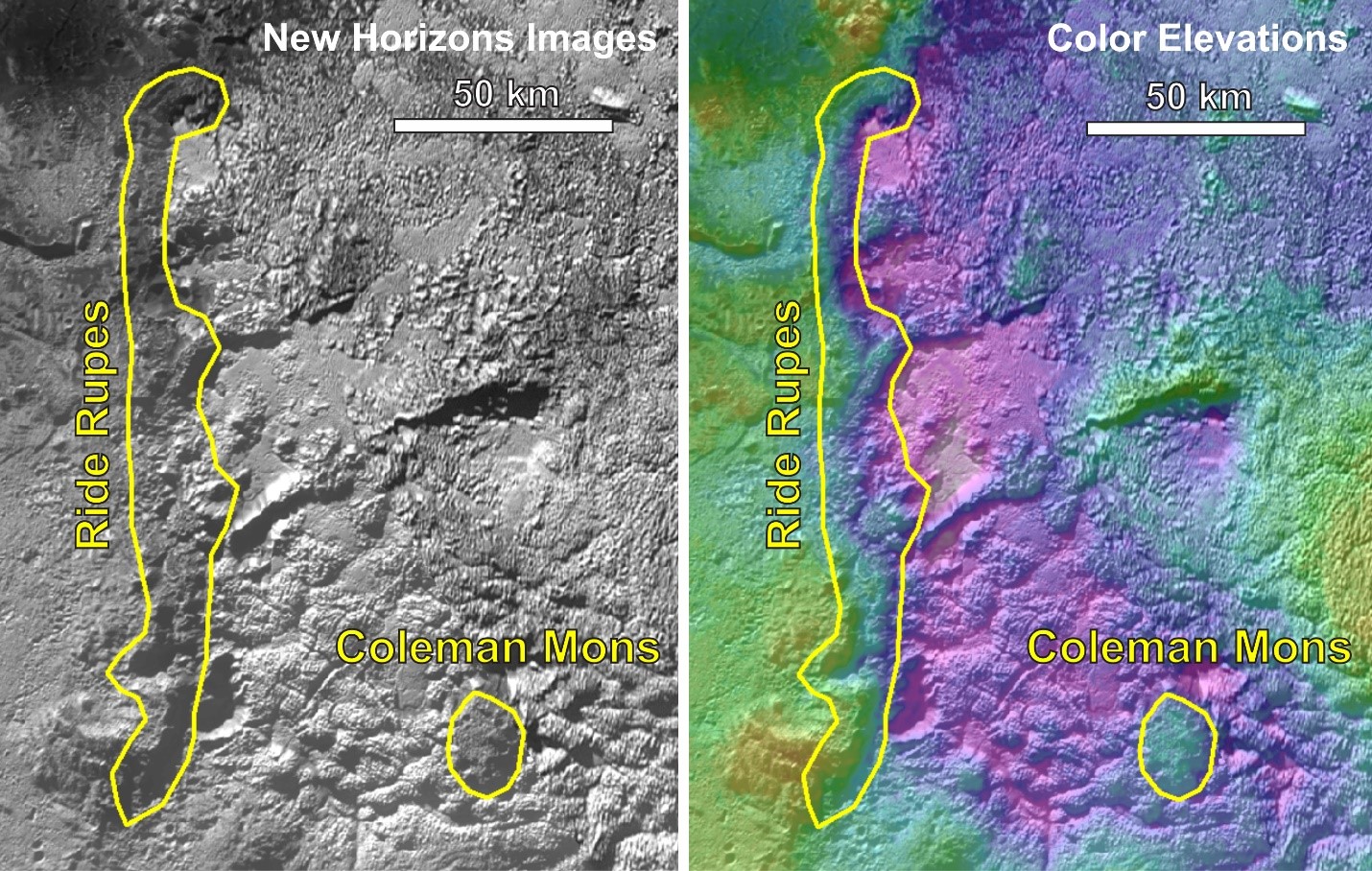