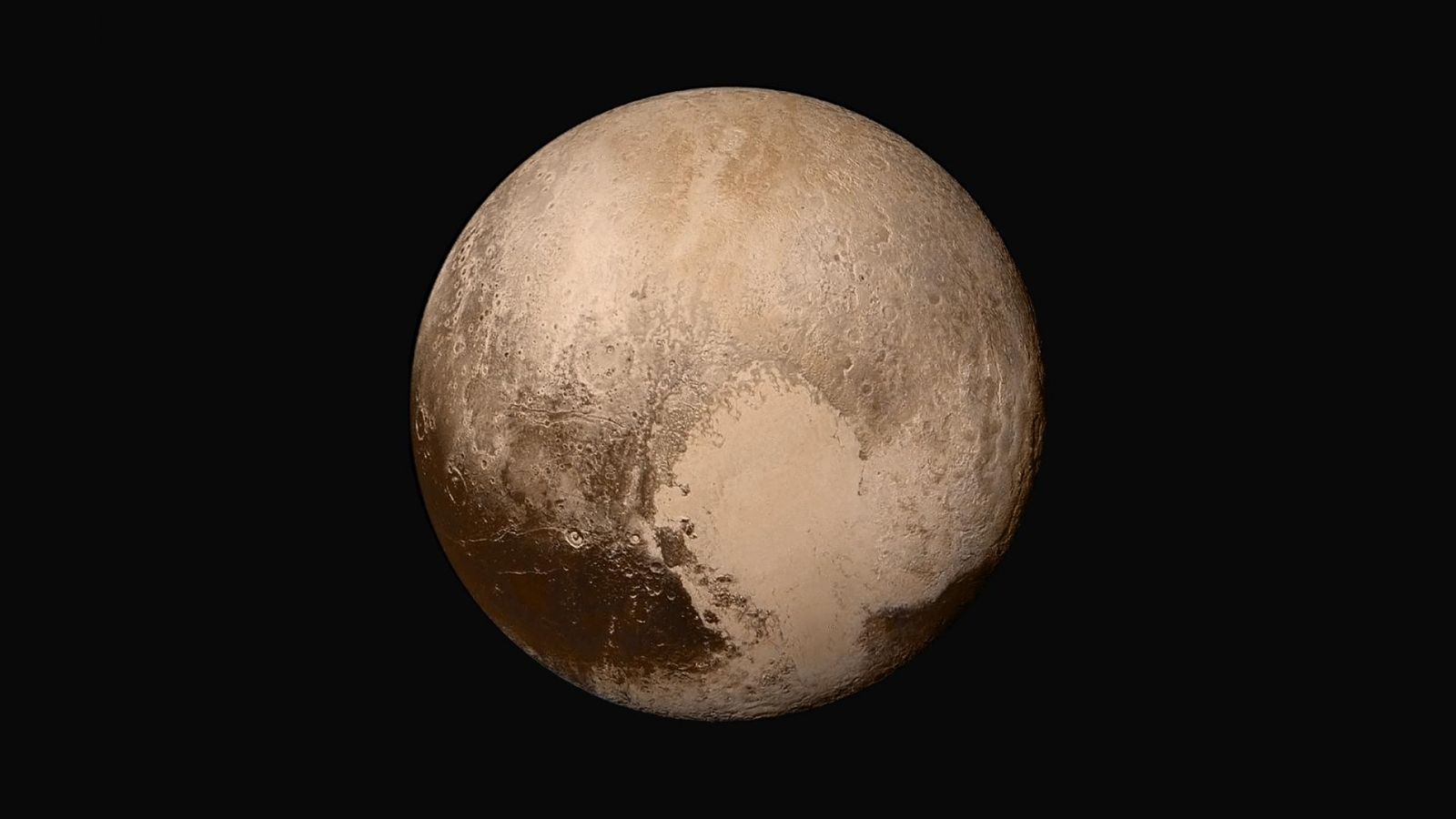 Pluto’s iconic heart feature, named Tombaugh Regio, functions as a “beating heart” that controls the small planet’s winds and might even play a role in shaping its surface features. 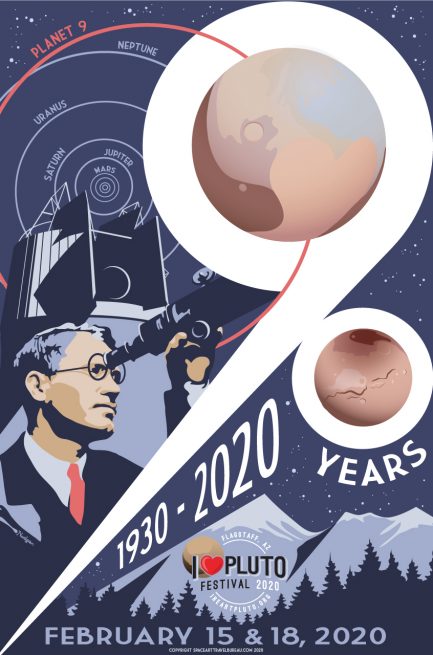 Surprisingly, their computer simulation revealed that Plutonian winds 2.5 miles (four km) or more above the surface blow in a westward direction, which is opposite the planet’s eastward rotation, a phenomenon known as “retrorotation.”

Tombaugh Regio’s 600-mile (1,000-km) left lobe, known as Sputnik Planitia, a deep basin composed largely of nitrogen ice, is the most active region of the heart. It experiences a hydrologic cycle in which nitrogen ice evaporates into the atmosphere during the day, then condenses back into ice at night. This process creates nitrogen winds, which transport haze particles, heat, and ice grains. It also results in the creation of dark wind streaks in Pluto’s north and northwest regions.

Pluto’s atmosphere is composed largely of nitrogen, as Earth’s is, although the former’s atmosphere is 100,000 times thinner. It also contains small amounts of carbon monoxide and methane.

Bertrand compares the process of atmospheric nitrogen vaporizing, then condensing, to the beating of an actual heart. This repeated process literally pumps winds across the dwarf planet.

Once Pluto’s winds reach Sputnik Planitia’s western high cliffs, they become trapped in the region for a while, then eventually escape.

“It’s very much the kind of thing that’s due to the topography or specifics of the setting,” stated Candice Hansen-Koharcheck of the Planetary Science Institute (PSI) in Tucson, Arizona.

If Pluto’s winds traveled in a different direction, the dwarf planet might have very different surface features, Hansen-Koharcheck noted.

Like many scientists, Bertrand was stunned when New Horizons revealed Pluto to be a complex world with varied terrains, as opposed to the featureless, dead rock many expected.

Bertrand’s study was released just in time for the 90th anniversary of Pluto’s discovery by astronomer Clyde Tombaugh on February 18, 1930. Tombaugh Regio is named for him. A small amount of Tombaugh’s ashes were placed on the New Horizons spacecraft and are now traveling on a trajectory out of the solar system.

The Lowell Observatory in Flagstaff, Arizona, where Tombaugh discovered Pluto, is celebrating the milestone with an “I Heart Pluto Festival” that includes a talk by New Horizons principal investigator Alan Stern of the Southwest Research Institute (SwRI) in Boulder, Colorado, and a showcase of the astrograph and blink comparator Tombaugh used to make his discovery.