Pluto’s hazy atmosphere is similar to that of Titan 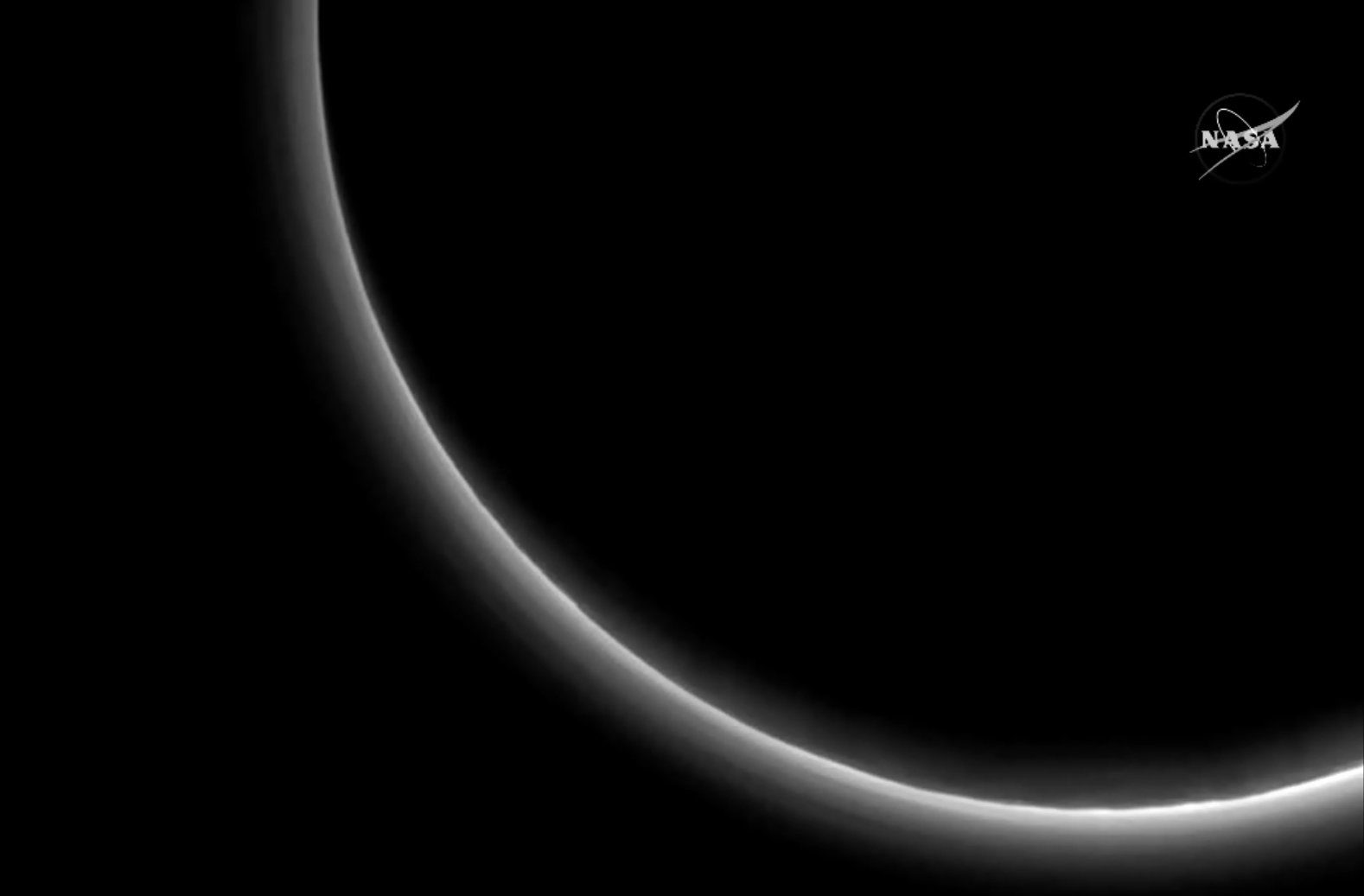 Pluto’s layered hazes backlit by the Sun, taken by the New Horizons spacecraft as it departed the planet. Image Credit: NASA/JHUAPL/SwRI

Pluto is often compared to Neptune’s largest moon, Triton, but its hazy atmosphere is actually more akin to that of Saturn’s largest moon, Titan, which is sometimes viewed as an analog of early Earth.

At the 235th meeting of the American Astronomical Society (AAS) earlier this month in Honolulu, Hawaii, Bonnie Buratti of NASA’s Jet Propulsion Laboratory (JPL) in Pasadena, California, and member of the New Horizons science team, presented a study comparing the atmospheres of Pluto, Triton, and Titan. By modeling these three worlds, each of which have atmospheric hazes, she was able to determine the composition of the hazes, all of which are composed of tiny particles.

Pluto’s layered hazes were discovered by the New Horizons spacecraft when it flew by the dwarf planet in July 2015.

Buratti described Pluto as “a factory for creating organic molecules. Triton is icy, but Pluto is more like Titan.”

Titan has surface features much like those seen on Earth–dunes, lakes, and seas. These are composed largely of hydrocarbons. Scientists suspect Titan’s surface features are composed of organic molecules that fell from its heavy atmosphere and are now trying to determine whether the same process is occurring on Pluto and whether its haze may be covering lakes and seas like those on Titan.

“The basic thing we’re trying to do is make the connection between the haze and the surface,” Buratti explained.

These findings also raise the possibility of similar phenomena occurring on exoplanets and even on their moons.