Pluto’s glaciers change with its seasons 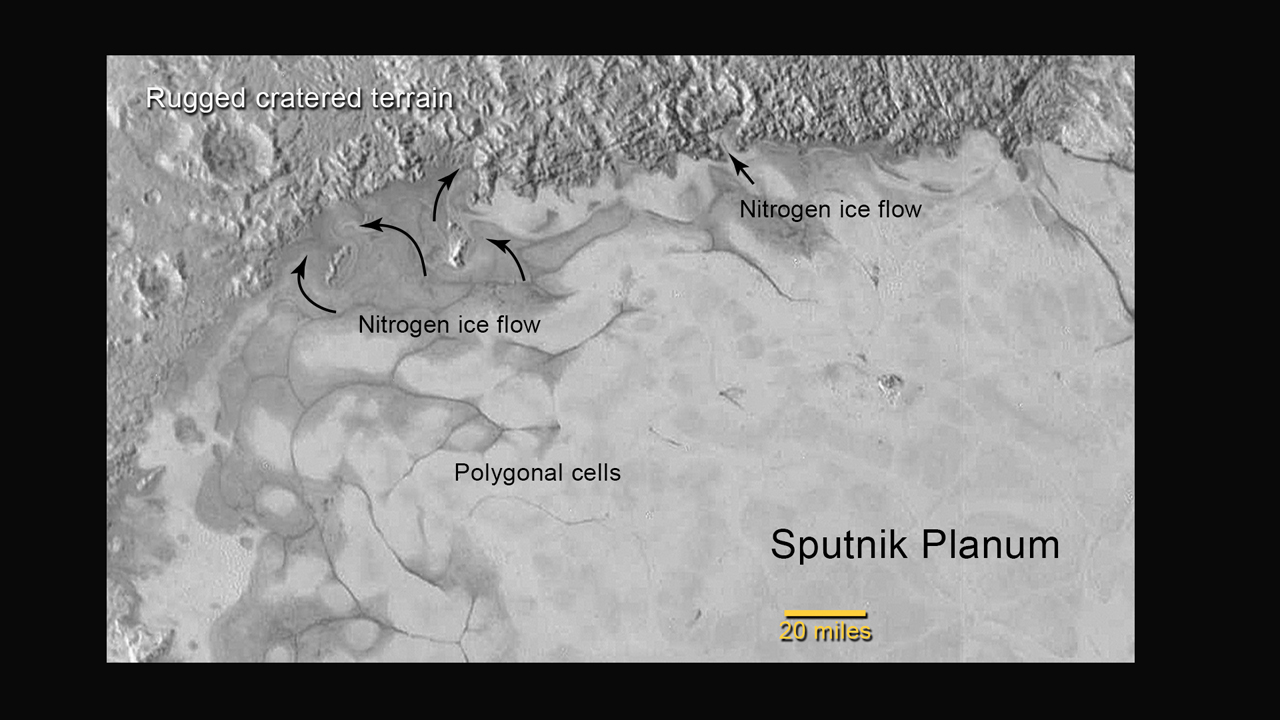 Led by planetary scientist Helen Maynard-Casely of the Bragg Institute at the Australian Nuclear Science and Technology Organization (ANSTO), the researchers analyzed photographs of ice mountain peaks on Pluto’s surface and simulated conditions on that surface by using Wombat, a high-intensity neutron diffractometer at the Australian Center for Neutron Scattering (ANSTO).

Theirs is the first thermal expansion study of methane and nitrogen on Pluto.

“Nitrogen actually has two crystal structures in the range of temperatures seen on Pluto. The nitrogen story is really interesting because the molecules have the ability to cool into an ordered structure, which is the alpha nitrogen phase, and at this point, there is a big volume drop…Whereas at a slightly higher temperature, around 44 Kelvin [minus 380.47 degrees Fahrenheit, or minus 229.5 Celsius], the nitrogen molecules are freely rotating in a plastic state,” Maynard-Casely reported. 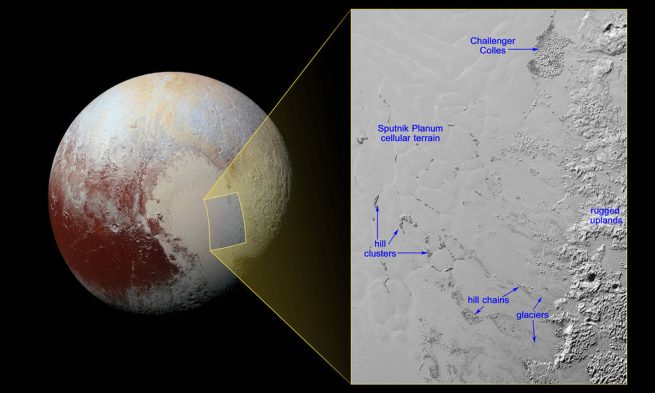 When Pluto’s temperatures warm, the methane and nitrogen molecules that make up its glaciers change their orientations and move, causing the glaciers to expand.

“In the warmer seasons of Pluto, still about minus 220 C, both the methane and nitrogen molecules are freely rotating in the solids–the molecules are not bound together very well. Studies of the mechanical properties of these materials at very low temperatures are really challenging, so we are missing useful information for the unusual conditions on the outer planetary bodies,” Maynard-Casely noted.

“Gone is the thought that Pluto is a dead world. New Horizons has picked up evidence that the dwarf planet has been geologically active throughout its four-billion-year life.”

Findings of the study have been published in the journal IUCrJ.