Pluto’s atmosphere may be starting to condense 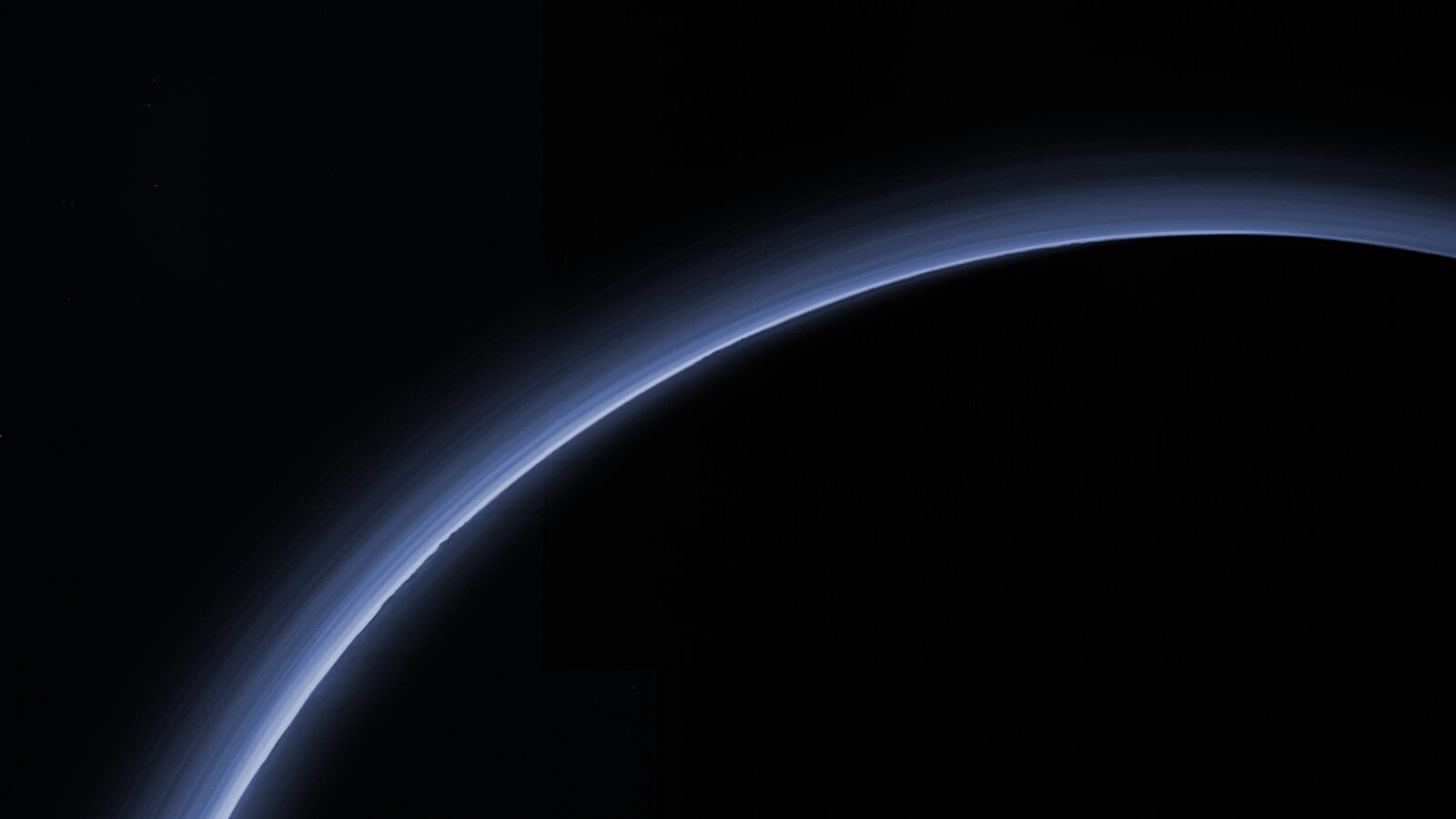 Pluto’s atmosphere backlit by the Sun, photographed by New Horizons as it departed the Pluto system. Credit: NASA/JHU-APL/SwRI

Three years after the New Horizons spacecraft’s historic flyby, Pluto’s atmosphere appears to be starting to condense and refreeze, according to scientists who observed the dwarf planet occult or pass in front of a star on Aug. 15, 2018.

Pluto reached perihelion, the closest point to the Sun in its elliptical orbit, in 1989, one year after scientists first discovered its atmosphere as it passed in front of a different star.

In its 248-year orbit, Pluto’s distance from the Sun ranges from 30 AU (astronomical units, with one AU equal to the average Earth-Sun distance, or 93 million miles) at perihelion, to 50 AU at aphelion, its furthest point from the Sun.

Since the discovery of Pluto’s atmosphere in 1988, researchers have been using stellar occultations to monitor atmospheric changes. Some scientists feared that delays in getting a spacecraft to Pluto might mean the atmosphere would be gone by the time the probe arrived.

Although Pluto has been receding from the Sun for over 30 years, its atmosphere continued to thicken and its pressure increase in the years leading up to the New Horizons flyby. The spacecraft measured the atmosphere, which is 1/100,000th the thickness of Earth, at 11.5 microbars or 11.5 millionths of the pressure at sea level on Earth.

The 2018 occultation, for which scientists led by a team from the Southwest Research Institute (SwRI) set up telescopes along the shadow’s path in the US and Mexico, revealed the first measured decrease in Pluto’s atmospheric pressure. Whereas scientists had expected that pressure to be 14 microbars, the actual measurement was 11.4 microbars. 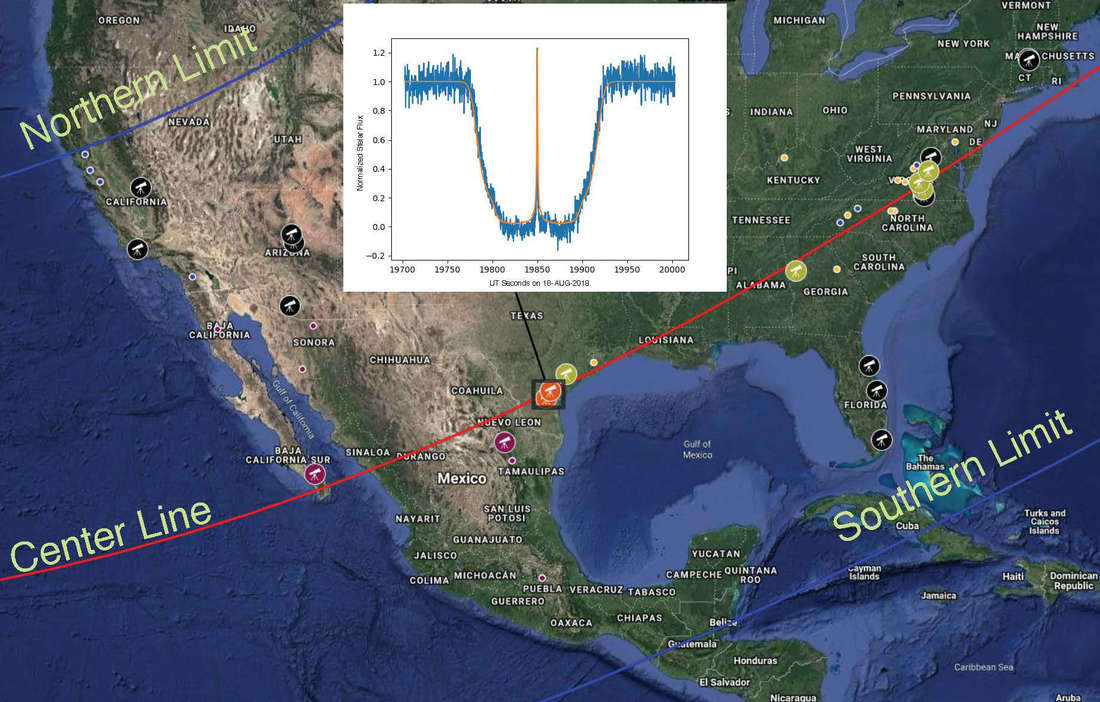 Map showing the path of Pluto’s August 2018 occultation of a star and diagram plotting the brightness change during the occultation. Credit: NASA/SwRI

“The New Horizons mission obtained an excellent density profile from its 2015 flyby, consistent with Pluto’s bulk atmosphere doubling every decade, but our 2018 observations do not show that trend continuing from 2015,” said Eliot Young of SwRI‘s Space Science and Engineering Division.

While atmospheric pressure on Earth changes very little, this is not the case for Pluto, where it varies wildly based on temperature, which is determined by the amount of sunlight Pluto receives. At perihelion, the small planet receives three times as much sunlight as it does at aphelion.

When Pluto heads toward the Sun, its temperatures warm, and nitrogen ice on its surface sublimates into gas, increasing the atmosphere. As it recedes from the Sun, the opposite happens, and atmospheric nitrogen freezes back onto the surface.

Whether the entire atmosphere freezes out at aphelion remains unknown. Due to a phenomenon known as thermal inertia, Pluto continued to warm up for over three decades after its perihelion.

“An analogy to this is the way the Sun heats up sand on a beach. Sunlight is most intense at high noon, but the sand then continues soaking up the heat over the afternoon, so it is hottest in late afternoon. The continued persistence of Pluto’s atmosphere suggests that nitrogen ice reservoirs on Pluto’s surface were kept warm by stored heat under the surface. The new data suggests they are starting to cool,” said Leslie Young, also of SwRI and New Horizons co-investigator.