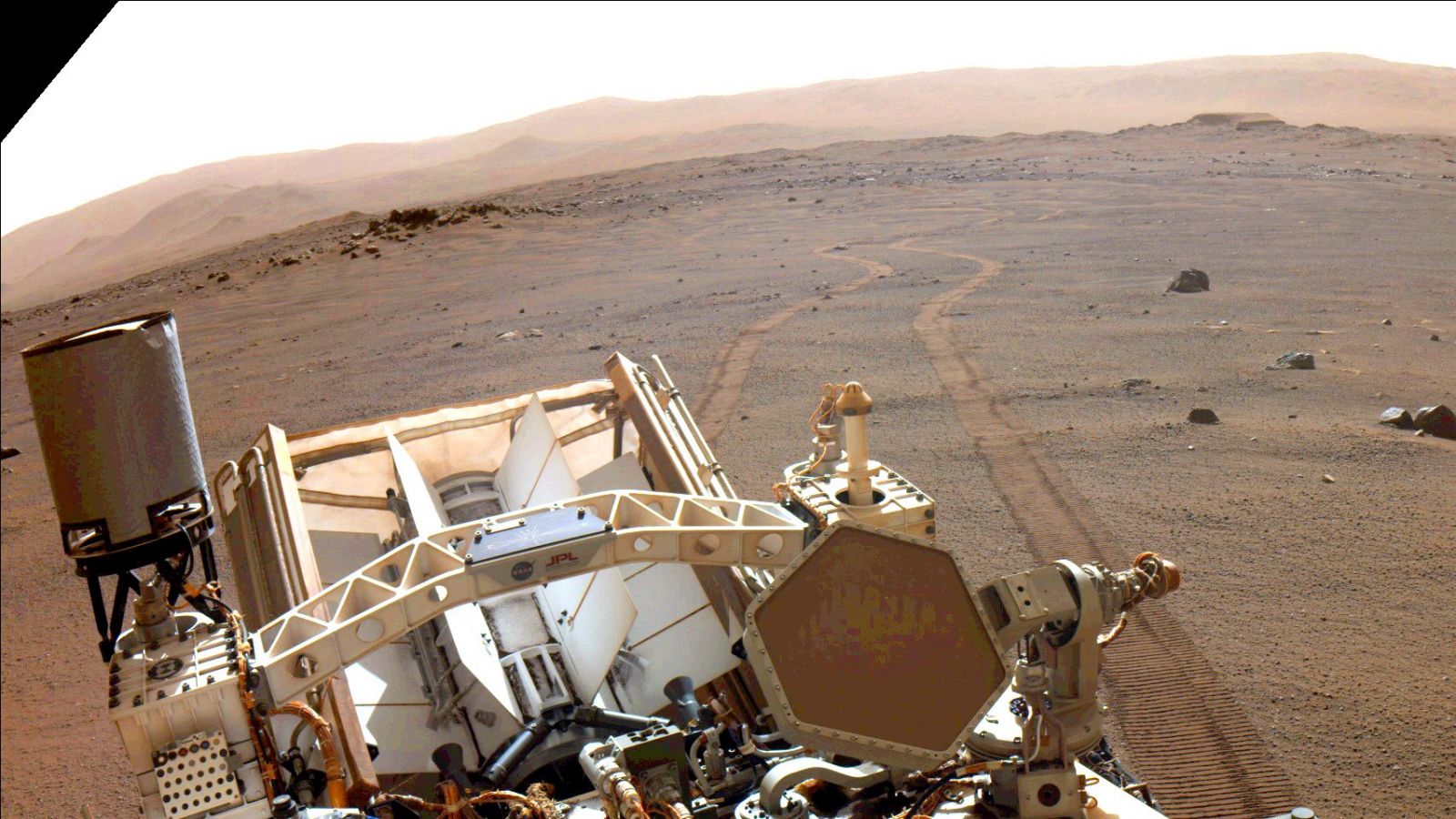 A view from the Perseverance rover as it looks back at its wheel tracks in March 2022. Credit: NASA

NASA’s Perseverance Mars rover has been racing toward an ancient Martian river delta in recent weeks as it covers ground faster than any pervious rover.

The journey, which began March 14, 2022, is a 3-mile (5-kilometer) journey around the Séítah region where it has been exploring since its landing in February 2021 to reach the river delta within Jezero crater.

Moving at speeds never before seen by any planetary rover, the six-wheeled vehicle is relying on its artificially-driven AutoNav system that guides it along its path past dunes, rocks and craters as it makes its way to its next destination. 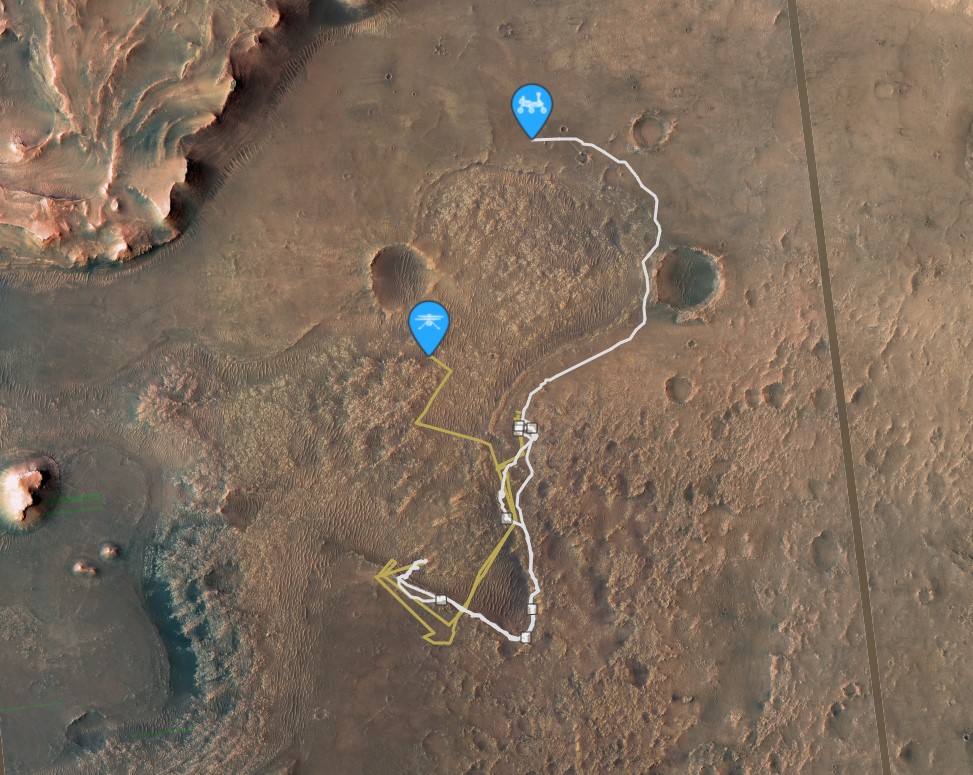 A map of the routes taken by Perseverance and Ingenuity as of sol 394, or March 30, 2022, since their missions began. Credit: NASA

The automated system is designed to literally “think” for the rover, deciding the best path to take as it navigates the challenging surface.

“Self-driving processes that took minutes on a rover like Opportunity happen in less than a second on Perseverance,” said veteran rover planner and flight software developer Mark Maimone of NASA’s Jet Propulsion Laboratory in Southern California in a news release. “Because autonomous driving is now faster, we can cover more ground than if humans programmed every drive.”

Because of this, Perseverance is achieving daily drive distances of 1,000 feet (about 300 meters) or more with one multi-day plan taking the rover about 1,673 feet (510 meters).

Meanwhile, the Ingenuity helicopter is continuing to add to its flight log. It recently performed its 23rd flight. While Perseverance is taking the long way around Séítah, which includes lots of hazardous rocks and dunes, the helicopter is taking multiple flights to cut straight across toward the west to meet up with the rover.

The sense of urgency for the rover’s relocation is due in part to the amount of science that can potentially be uncovered at the delta.

NASA said a lake once existed in Jezero crater billions of years ago. NASA said the delta is an area that very well may have contained life at some point.

“The delta is so important that we’ve actually decided to minimize science activities and focus on driving to get there more quickly,” said Ken Farley of Caltech, Perseverance’s project scientist. “We’ll be taking lots of images of the delta during that drive. The closer we get, the more impressive those images will be.”

Scientists are expected to thoroughly examine the Martian regolith and rocks by using the images provided by Perseverance and the Ingenuity helicopter to decide how to proceed with gathering samples.

JPL engineers will use Perseverance’s drill to dig up optimum samples that will eventually be returned to Earth on a future mission.