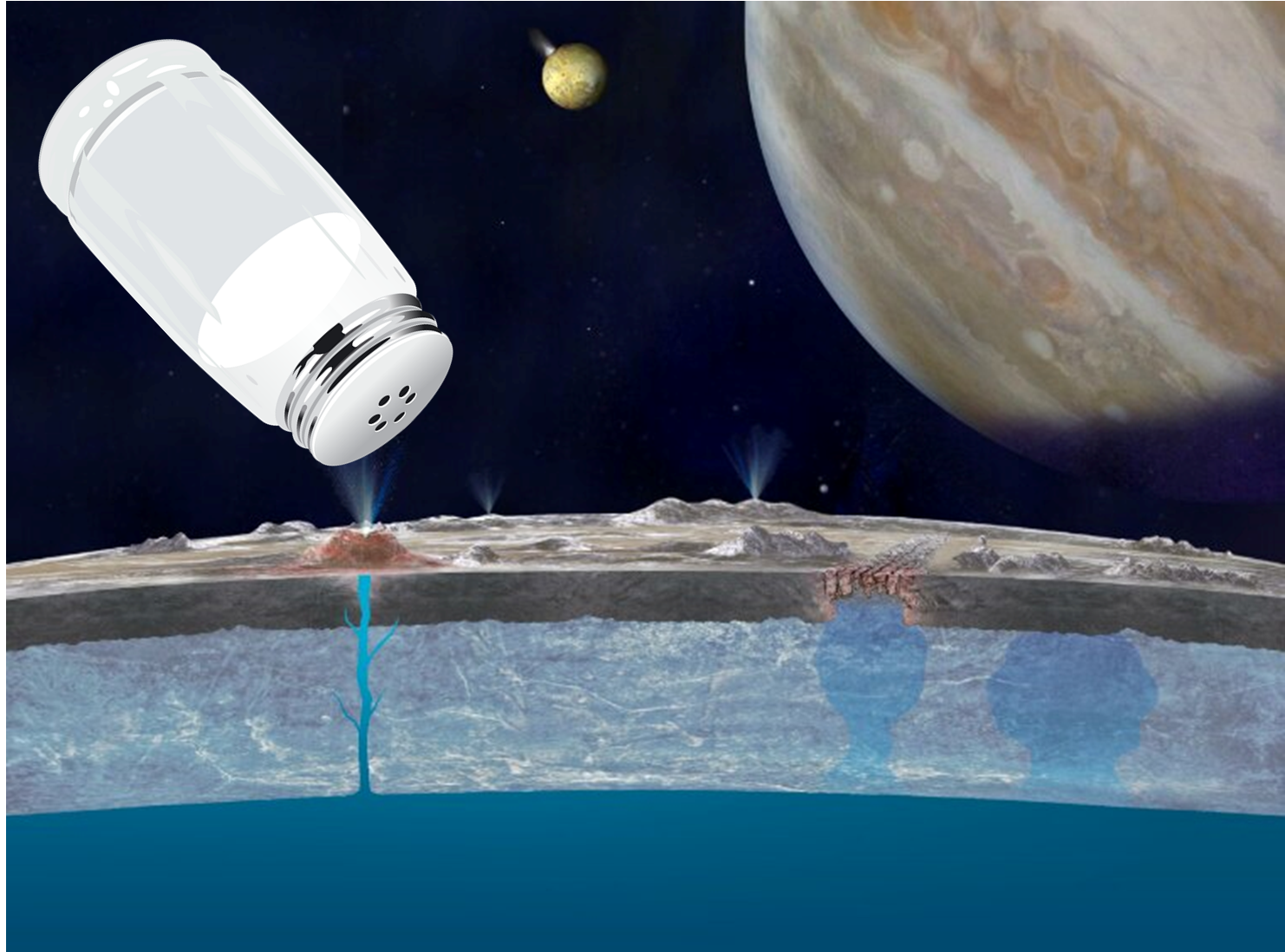 What is essentially table salt has been discovered on the surface of Jupiter’s moon Europa. Image Credit: NASA

A new study has identified yellow regions on the surface of Jupiter’s moon Europa as sodium chloride or table salt, which may originate in the large moon’s underground ocean.

Sodium chloride is the main component of the salt in Earth’s oceans, so this discovery could indicate Europa’s subsurface ocean may be chemically similar to oceans on Earth.

Based on findings from NASA’s Voyager and Galileo missions, scientists have long known Europa to have a salty underground ocean covered by an icy shell. That shell’s young surface indicates recent geological activity, leading scientists to believe the salt is coming from the ocean.

The presence of table salt on Europa’s surface was not found earlier because spectroscopic observations of the large moon were conducted in infrared light rather than in visible light. Sodium chlorides are invisible in the infrared.

“No one has taken visible-wavelength spectra of Europa before that had this sort of spatial and spectral resolution. The Galileo spacecraft didn’t have a visible spectrometer. It just had a near-infrared spectrometer, and in the near-infrared, chlorides are featureless,” said study co-author Mike Brown of the California Institute of Technology (Caltech). 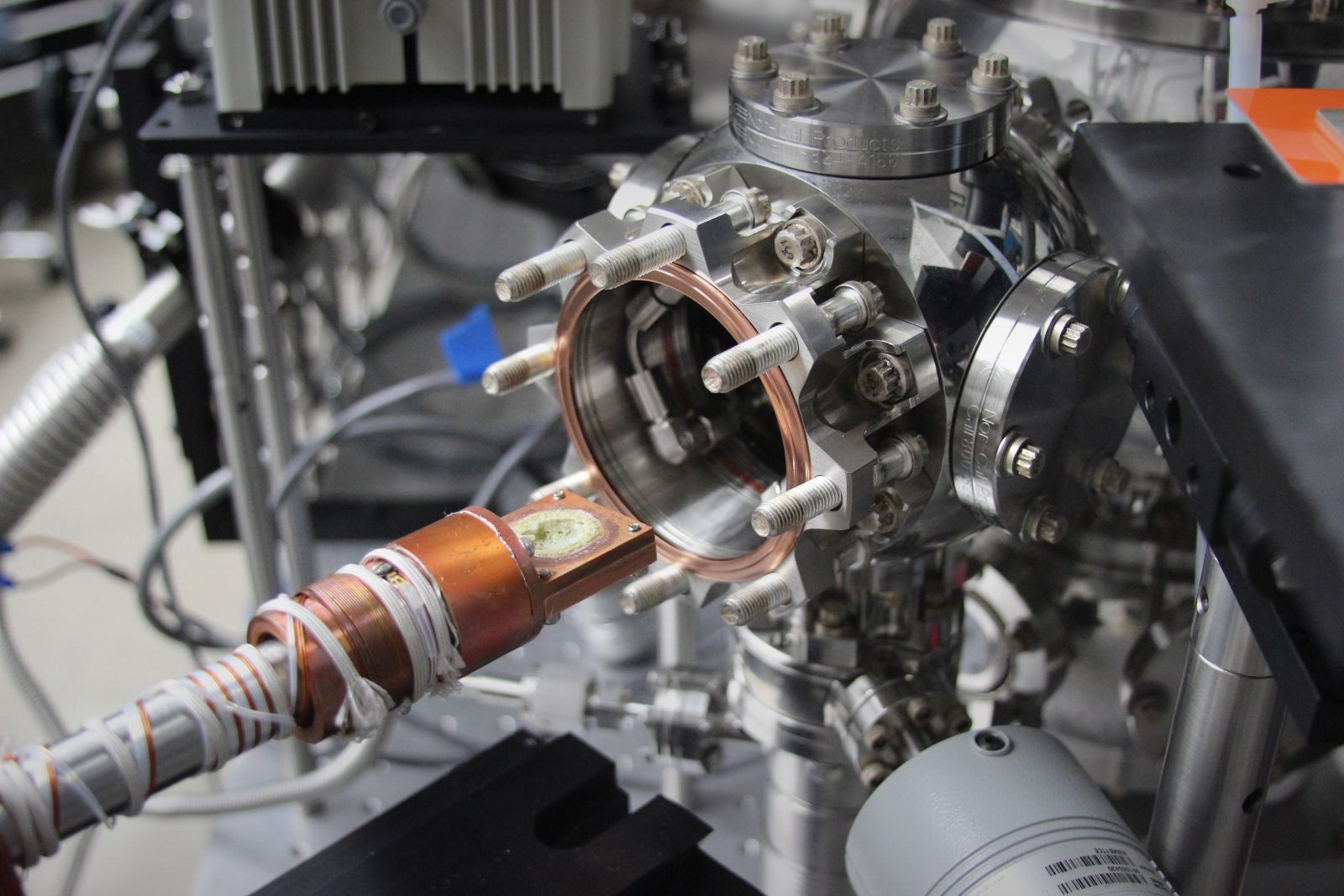 “People have naturally assumed that all the interesting spectroscopy is in the infrared on planetary surfaces because that’s where most of the molecules that scientists are looking for have their fundamental features,” he noted.

“Sodium chloride is a bit like invisible ink on Europa’s surface. Before irradiation,  you can’t tell it’s there, but after irradiation, the color jumps right out at you,” Hand stated.

Observations of Tara Regio with the Hubble Space Telescope (HST) showed absorption at 450 nanometers in the visible spectrum, an exact match to Hand’s irradiated salt. However, the sodium chloride could be present in Europa’s icy shell rather than coming from its subsurface ocean, noted the study, which was published in the journal Science Advances.

According to the study’s authors, their findings merit a new approach to Europa’s surface composition and geochemistry. This is because magnesium sulfates can come from rocks on the underground ocean’s floor, but sodium chlorides could be evidence that floor is hydrothermally active. Hydrothermal activity involves the movement of heated water, and its occurrence increases the chance the subsurface ocean could be habitable for microbial life. 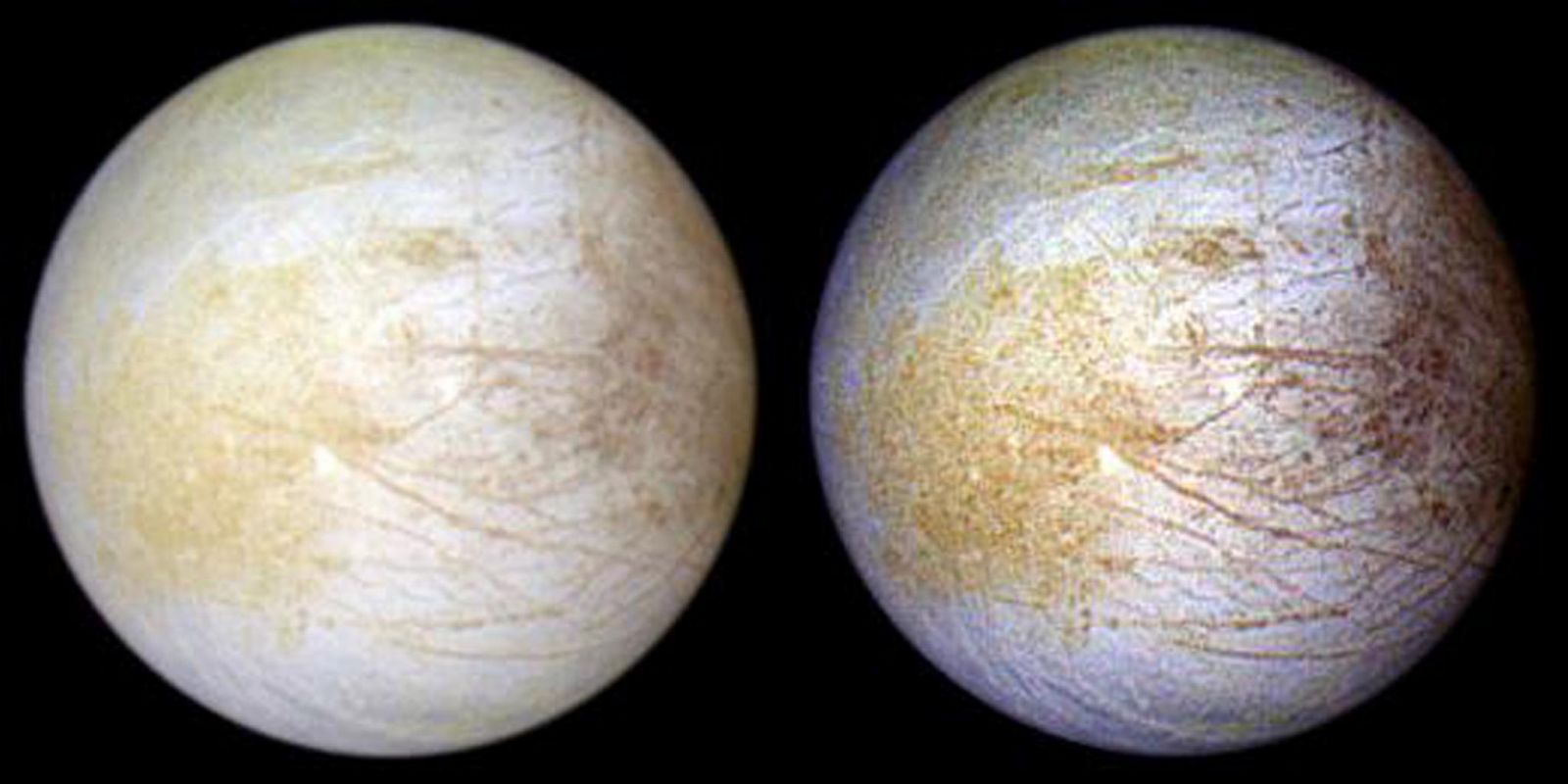 The Galileo spacecraft helped produce this image of Europa. While the picture on the left shows the natural colors of the moon, the one on the right highlights the yellow regions where the salt was discovered (in the Tara Regio region). Image Credit: NASA/JPL/University of Arizona