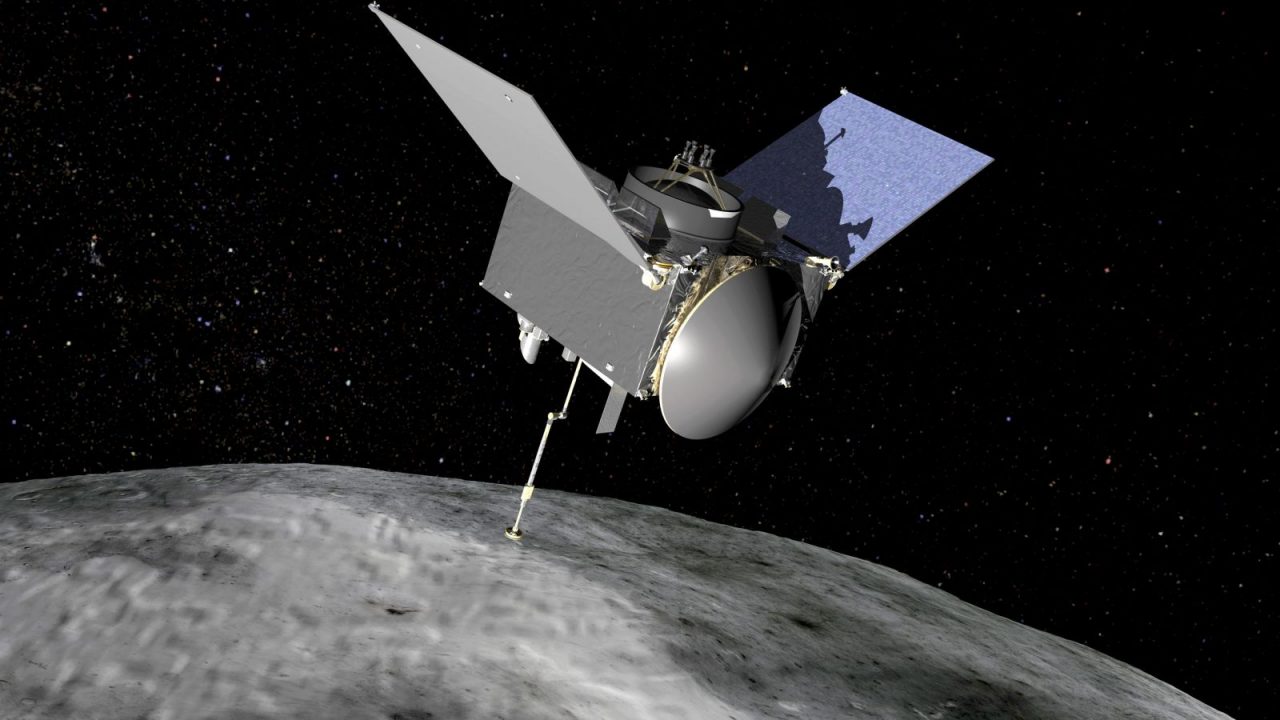 Almost overshadowed while New Horizons was zipping past Ultima Thule, another spacecraft went into orbit around an asteroid, albeit a little closer to home.

Less than a month after arriving at the asteroid Bennu, NASA’s Origins, Spectral Interpretation, Resource Identification, Security-Regolith Explorer (OSIRIS-REX) spacecraft has achieved another crucial mission milestone. At 2:43 p.m. EST Dec. 31, 2018, the spacecraft fired its thrusters for eight seconds and entered into orbit around Bennu, making it the smallest object to be orbited by a spacecraft. 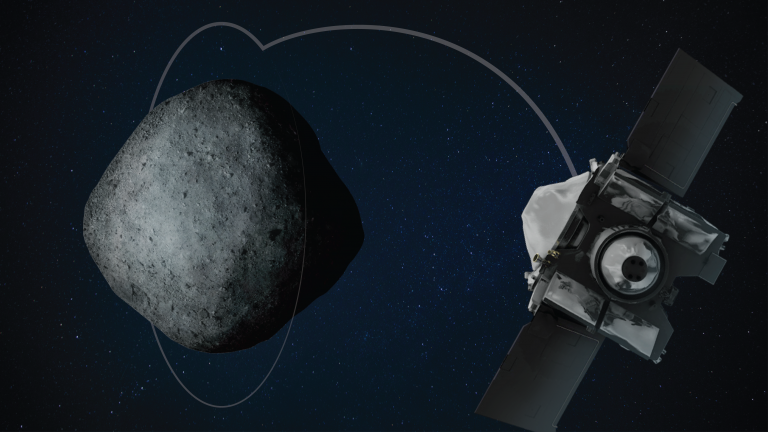 “The team continued our long string of successes by executing the orbit-insertion maneuver perfectly,” said Dante Lauretta, OSIRIS-REx principal investigator at the University of Arizona, Tucson, in a news release. “With the navigation campaign coming to an end, we are looking forward to the scientific mapping and sample site selection phase of the mission.”

OSIRIS-REx is now orbiting Bennu about a mile (1.75 kilometers) away from its center, the closest orbit of a spacecraft around a celestial body. The previous record holder was the European Space Agency’s Rosetta spacecraft, which orbited about 4 miles (7 kilometers) from the center of the comet 67P/Churyumov-Gerasimenko.

The close orbit is necessary for OSIRIS-REx to stay locked to the asteroid, which has a gravity force only 5-millionths as strong as Earth’s. The spacecraft should maintain this close orbit through mid-February, orbiting Bennu once every 62 hours.

“Our orbit design is highly dependent on Bennu’s physical properties, such as its mass and gravity field, which we didn’t know before we arrived,” said OSIRIS-REx’s flight dynamics system manager Mike Moreau, who is based at NASA’s Goddard Space Flight Center in Greenbelt, Maryland.

“Up until now, we had to account for a wide variety of possible scenarios in our computer simulations to make sure we could safely navigate the spacecraft so close to Bennu. As the team learned more about the asteroid, we incorporated new information to hone in on the final orbit design,” he said.

The OSIRIS-REx mission is set to resume science operations in late February. The spacecraft is expected perform a number of close passes of Bennu over the next several months, taking high-resolution images of every square inch of the asteroid. These images are will be used in selecting a sampling site.

If all goes as planned, the spacecraft is expected to briefly touch the surface of the asteroid in the summer of 2020 to retrieve a sample. The OSIRIS-REx spacecraft is scheduled to return the sample to Earth in September 2023.

Did the guy actually say “hone in”? They had to “home” on Bennu to achieve orbit.