Next NASA Mars mission to serve as pathfinder for astronauts

The Mars 2020 mission is being designed to assist NASA in determining what the best landing sites and systems are for potential crewed voyages to the Red Planet. Image Credit: NASA

It’s no secret that sending the first astronauts to Mars will be a monumental challenge marked with many “firsts.” Given that NASA hasn’t launched a manned mission beyond low-Earth orbit in 47 years – crews will need a guide to show them the way. Enter the next rover the U.S. space agency plans to send to the Red Planet.

Being designed and built at NASA’S Jet Propulsion Laboratory in Pasadena, Mars 2020, the agency’s next robotic mission to the Red Planet, is also being directed to help pave the way for the first humans to visit Mars.

Mars 2020 is an automated mission, one of its goals will include stepping stones for making a human landing on Mars safer, more sustainable, and more comfortable than ever thought possible. 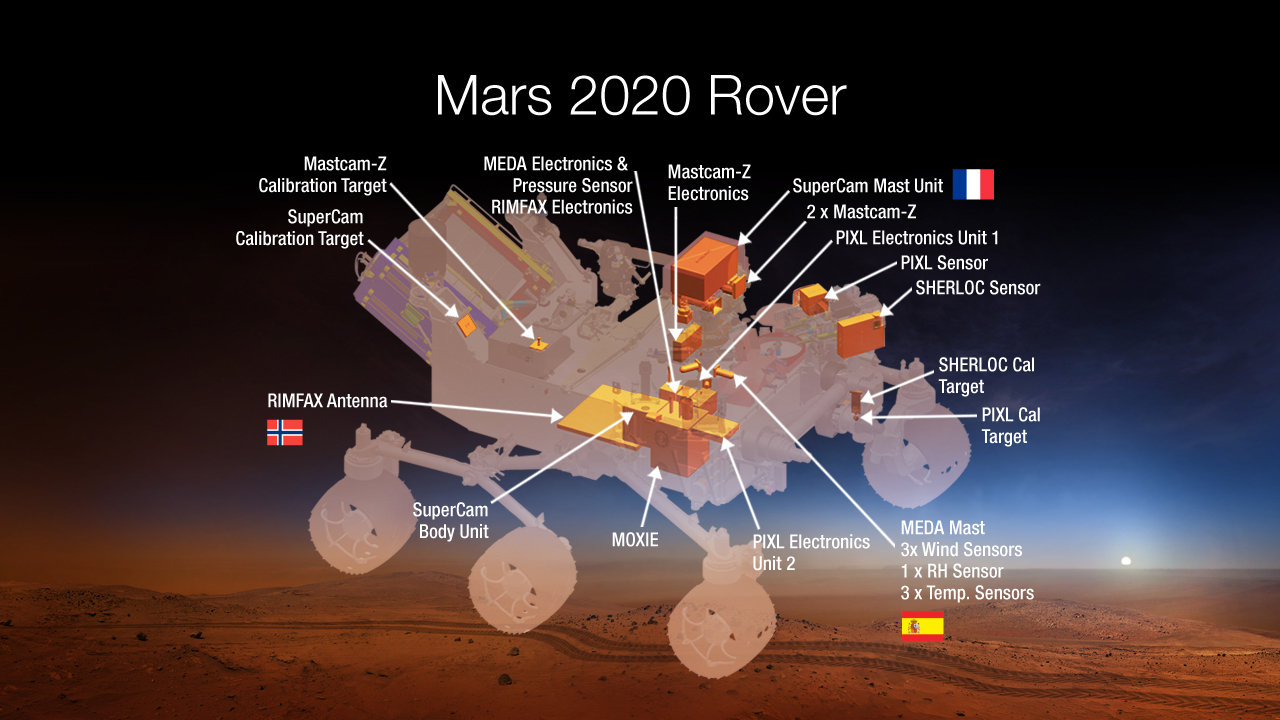 The selected payload for the Mars 2020 rover. Image Credit: NASA

Like a design straight out of a Walt Disney education short, the Mars 2020 rover will feature a remote sensing mast. The mast stands over seven feet in height (2.2 meters), and will be used primarily for the extension of engineering cameras after being deployed shortly after touchdown.

Speaking of touching down, Mars 2020 will feature a high-tech camera system that will “look” down at the Martian surface below it. If the surface is deemed a no-go, the lander will divert to a different area for landing.  Known as Terrain Relative Navigation, this system could pave the way for landing larger payloads, including those occupied by humans, on the Martian surface.

The new rover will also use what is known as the Mars Environmental Dynamics Analyzer (MEDA) to collect critical information on the conditions of the weather on Mars’ surface in an attempt to help design and build a more habitable shelter for astronauts once they make the 33.9 million miles (54.6 million kilometers) for themselves. 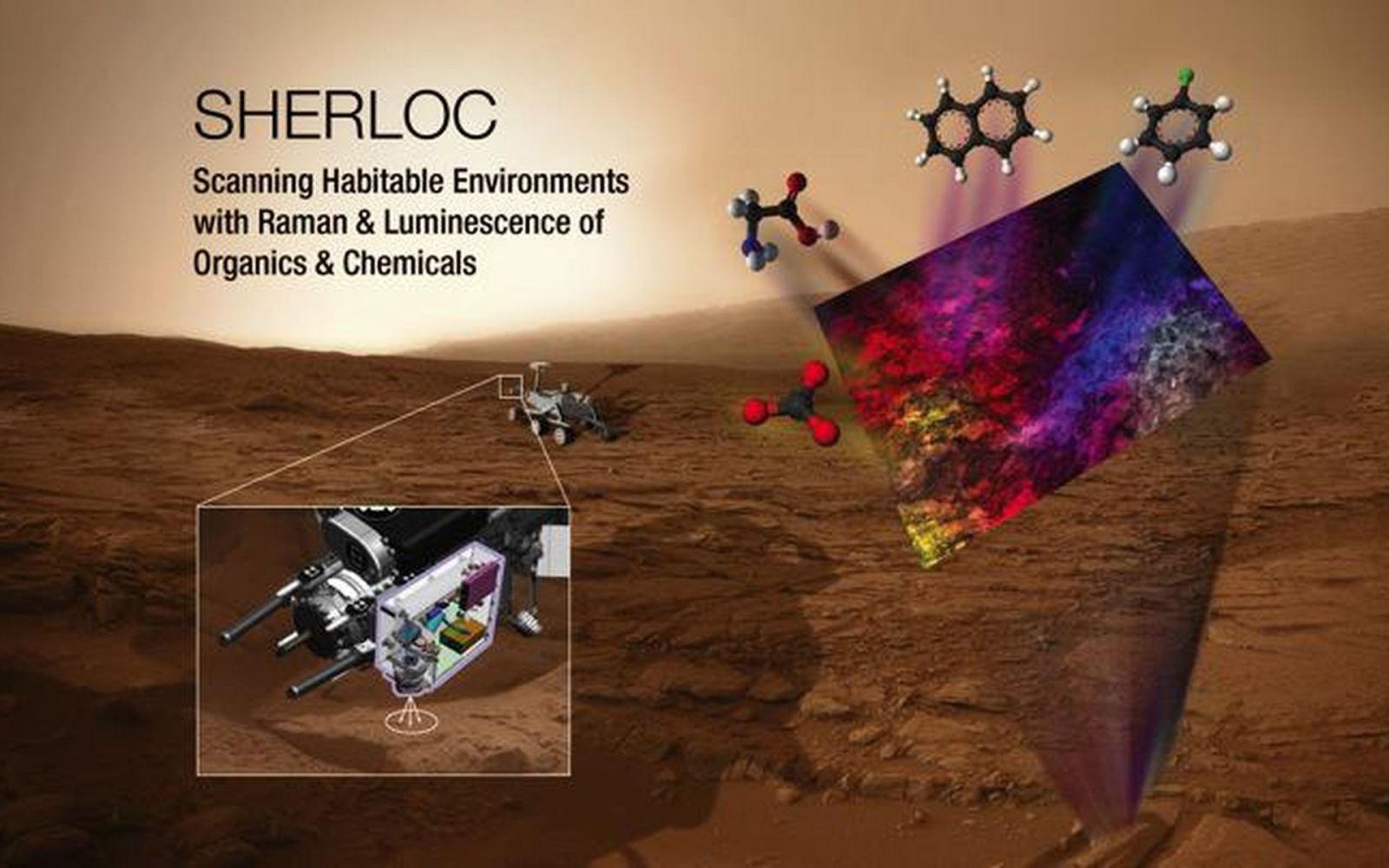 Infographic showing the location of the Scanning Habitable Environments with Raman & Luminescence for Organics and Chemicals (SHERLOC) instrument’s location on the Mars 2020 rover. Image Credit: NASA/JPL-Caltech

In addition to learning about the outside environment, it is also planned to have Mars 2020 test a device known as MOXIE, or Mars Oxygen In-Suit Resource Utilization Experiment. Engineers working with MOXIE hope to explore a potential opportunity to convert Carbon Dioxide, the gas that makes up the vast majority of the Martian Atmosphere (about 95 percent), into Oxygen for possible use by the crew and the spacecraft’s engines.

In a new one-of-its kind experiment being conducted by NASA, the agency will be sending samples of five different space suit materials in order to vet the best material for use on future astronaut suits. A device called Scanning Habitable Environments with Raman and Luminescence for Organics and Chemicals (SHERLOC) will help scientists study the effects of the weather on the suit materials.

The agency considers one of the most crucial milestones to be the Radar Imager for Mars’ Subsurface Experiment (RIMFAX). The sole purpose of this device will be to look down deep within the Martian surface in an attempt to find water in the form of ice, which could later be used by astronauts for drinking water.

Mars 2020 has an expected launch date of July 2020 with a potential landing on the Red Planet slated for February of 2021. If the schedule holds, it should launch from  Cape Canaveral Air Force Station’s Space Launch Complex 41 in Florida atop a United Launch Alliance Atlas V 542.