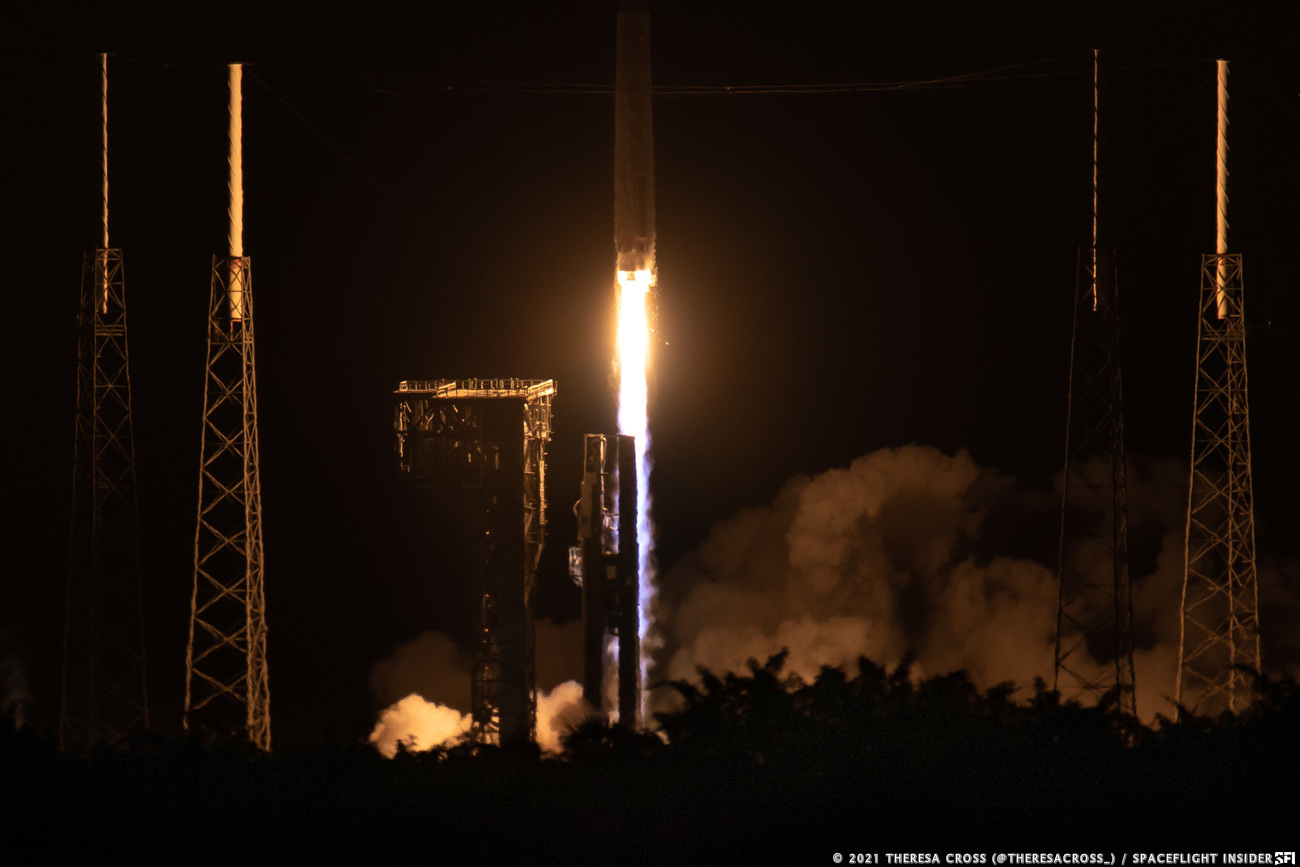 NASA’s Lucy mission to Jupiter’s Trojan asteroids has begun with a launch atop an Atlas V rocket. 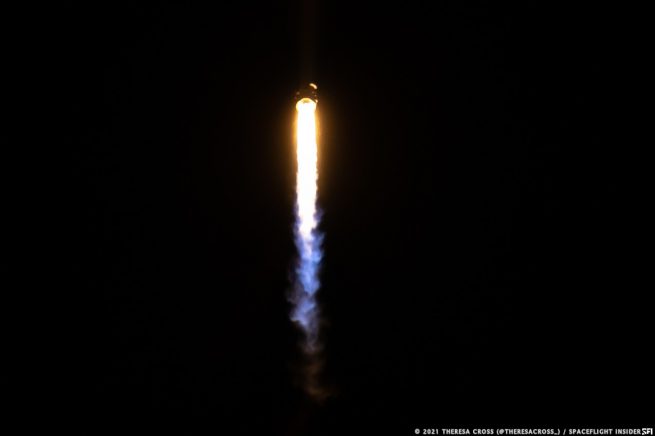 Over the course of 58 minutes, the rocket propelled the Lucy spacecraft on its initial trajectory before separating from the vehicle.

Atlas V was in a “401” configuration, which means it had a 4-meter payload fairing that encapsulated the spacecraft, zero solid rocket motors and a single-engine Centaur upper stage.

The first stage’s burn lasted about four minutes and three seconds. The first burn of the Centaur upper stage lasted about nine minutes.

After a coast of about 27 minutes, the Centaur upper stage burned for an additional six minutes to propel the vehicle on an Earth escape trajectory. Some 12 minutes later, Lucy was separated from the upper stage.

NASA’s 3,400-pound (1,550-kilogram) Lucy spacecraft is more than 46 feet (14 meters) long including its two giant circular solar arrays from which it gets its power from. It has four science instruments that will be used to study its various targets.

Lucy’s mission will, for the first time, allow us to examine Jupiter’s Trojan asteroids, remnants of our origin and early solar system now contained within stable orbits close to the planet Jupiter. 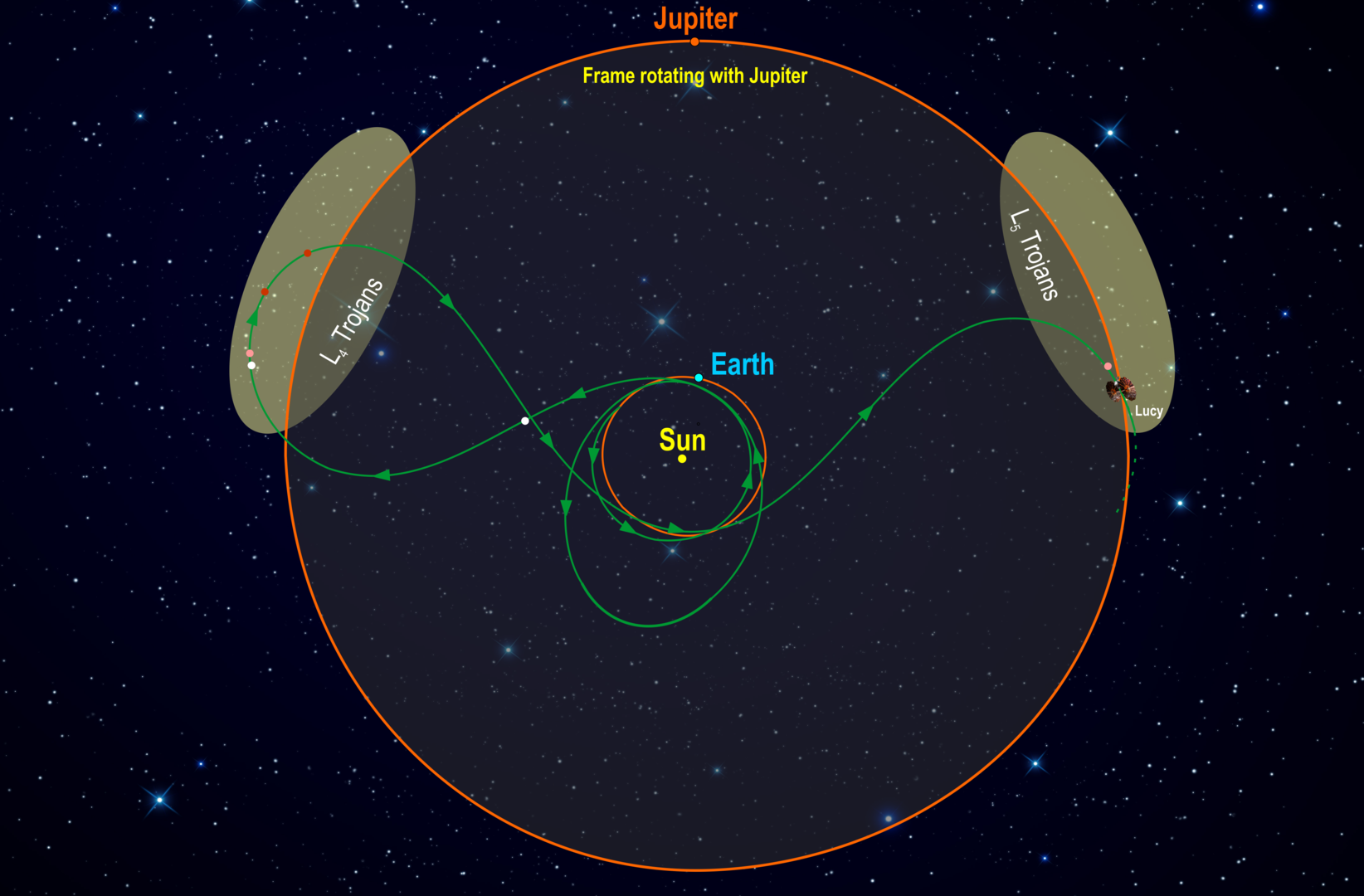 The trajectory of Lucy relative to Jupiter. Credit: NASA

Over 12 years, the spacecraft will travel some 4 billion miles (6.4 billion kilometers) and fly by Earth three times as it travels to its record-breaking eight asteroid destinations, two in order to help accelerate Lucy toward Jupiter’s orbit in October 2022 and December 2024, and one in December of 2030 in order to propel the spacecraft to the other side of Jupiter’s orbit.

One asteroid is a main belt asteroid called Donald Johanson (flying by in April 2025). 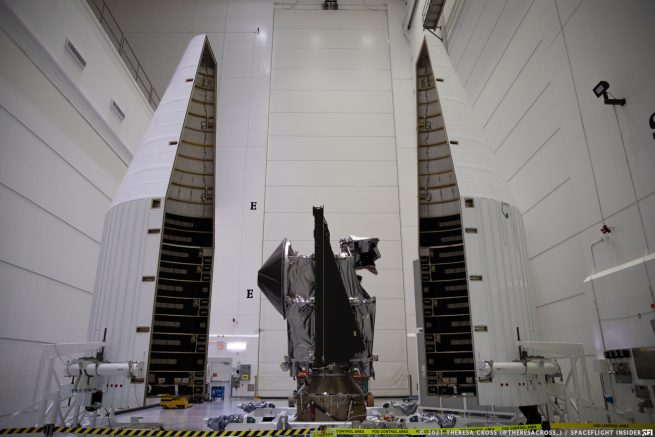 The Lucy spacecraft before its encapsulation in the payload fairing while in the Astrotech payload processing facility in Titusville, Florida, just a short drive from Kennedy Space Center. Credit: Theresa Cross / Spaceflight Insider

The other seven are Trojan asteroids located in the L4 and L5 Lagrange points on either side of Jupiter in its orbit around the Sun: The binary Eurybates-Queta asteroid system in August 2027, Polymele in September 2027, Leucus in April 2028 Orus in November 2028 and the dual asteroid system Patroclus-Menoetius in March 2033.

Lagrange points are areas around any two-body system where their combined gravity allows objects to remain in place with minimal or no maintenance.

This collaborative mission between NASA’s Goddard SpaceFlight Center, the Southwest Research Institute and NASA’s Launch Services Program is expected to transform the way we perceive the origin of our planets and the way our solar system was shaped and formed.

The Lucy mission gets its name from the fossilized skeletal remains of a pre-human ancestor female found in Ethiopia in 1974 by paleontologists that provided extraordinary insights into the evolution of humans, NASA hopes for the same type of revolutionary understanding of our planetary ancestry with its Lucy spaceship.