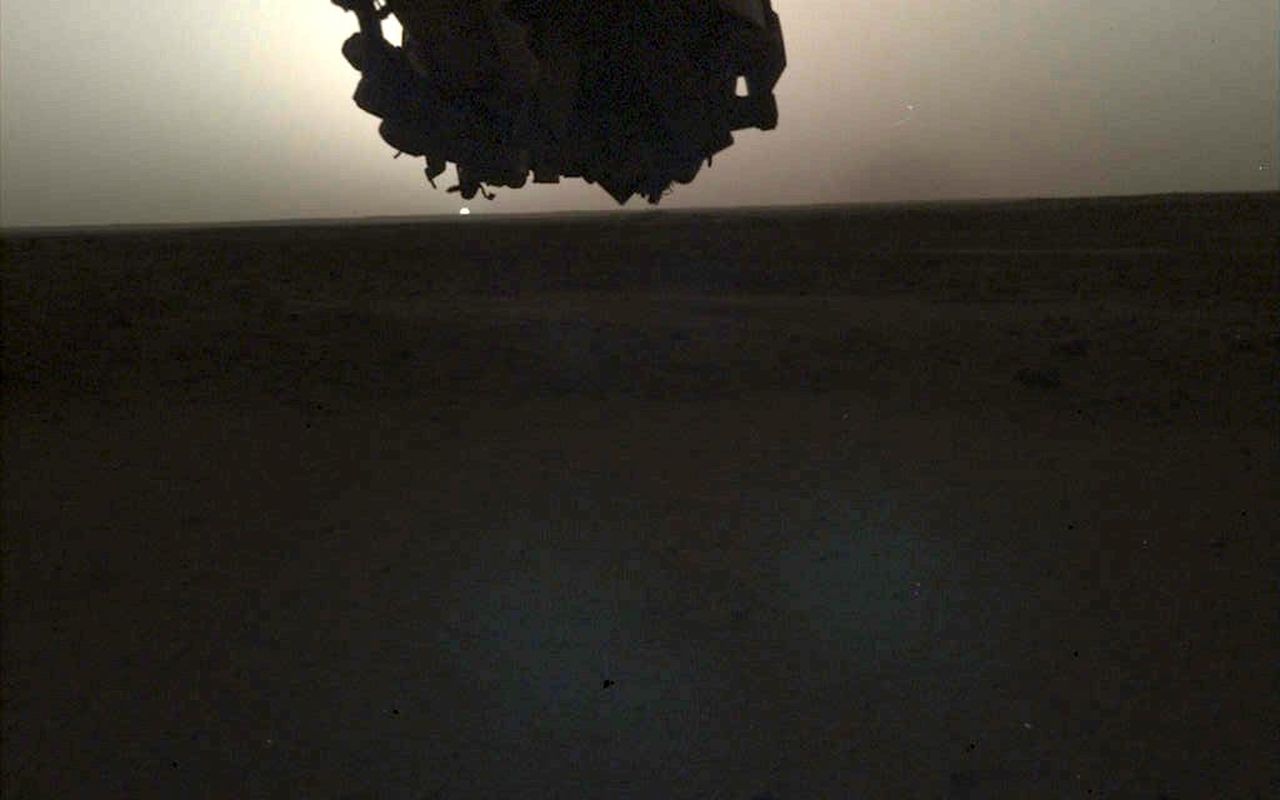 NASA’s InSight lander used its Instrument Deployment Camera on the spacecraft’s robotic arm to image this sunrise on Mars on April 24, 2019, the 145th Martian day, or sol, of the mission. This was taken around 5:30 a.m. Mars local time. Image Credit: NASA/JPL-Caltech

While NASA’s InSight Mars mission is primarily focused on collecting data from the Red Planet’s interior, the lander recently trained one of its cameras on the Martian horizon, capturing a series of sunrise and sunset images.

The sunrise shots were taken around 5:30 a.m. Mars local time on April 24, 2019, using the Instrument Deployment Camera on the end of the lander’s robotic arm. At about 6:30 p.m. the following day, the lander snapped photos of the Martian sunset.

“It’s been a tradition for Mars missions to capture sunrises and sunsets,” Justin Maki, InSight science team co-investigator and imaging lead at NASA’s Jet Propulsion Laboratory in Pasadena, California, said in a NASA news release. “With many of our primary imaging tasks complete, we decided to capture the sunrise and sunset as seen from another world.”

In addition to the sunrise and sunset images, InSight used its Instrument Context Camera, located below the lander’s deck, to record a series of images of clouds drifting across the Martian sky at sunset on April 25.

The first image of a sunset on Mars was taken by the Viking 1 lander on Aug. 21, 1976. Viking 2 captured a sunrise on June 14, 1978. More recent missions, such as the rovers Spirit, Opportunity and Curiosity, have also taken images of sunrises and sunsets. 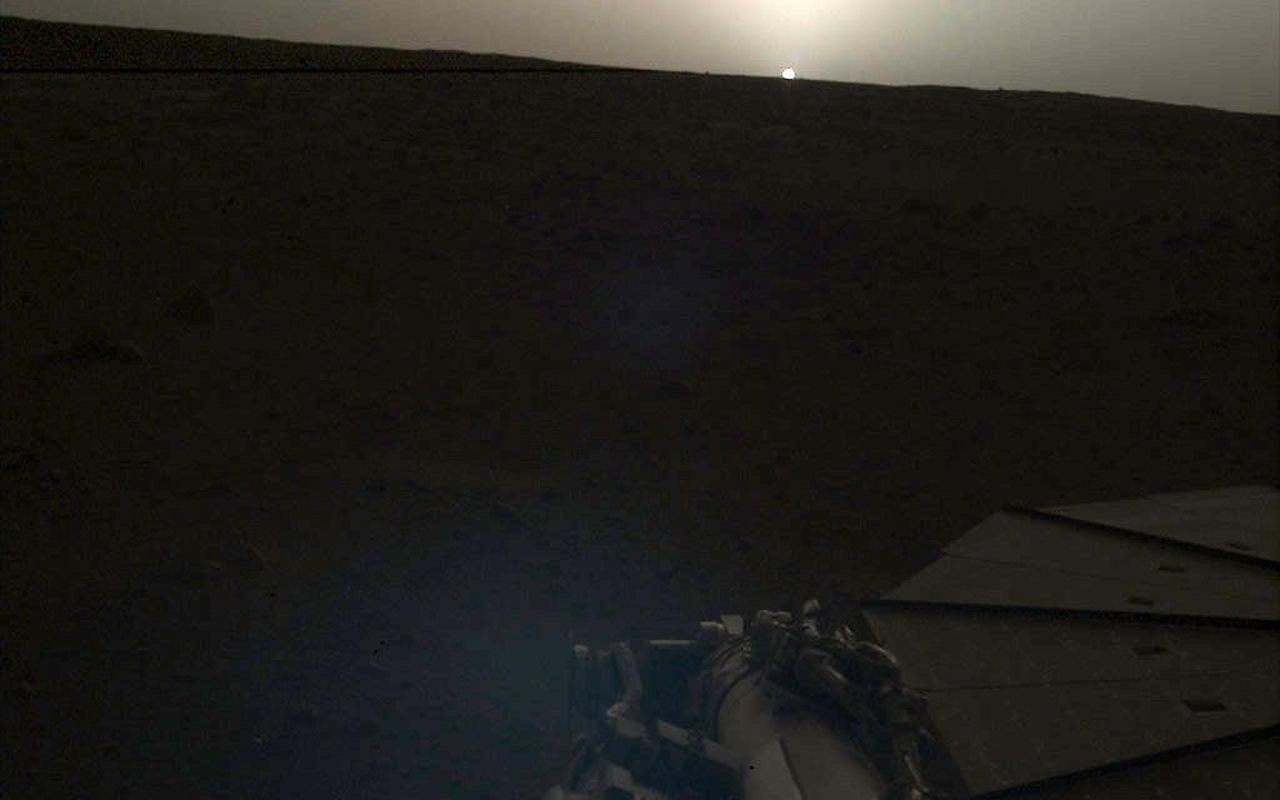 NASA’s InSight lander used the Instrument Deployment Camera on the end of its robotic arm to image this sunset on Mars on April 25, 2019, the 145th Martian day, or sol, of the mission. This was taken around 6:30 p.m. Mars local time. Image Credit: NASA/JPL-Caltech

What’s interesting with these pictures is the sense that we are actually “there.” Incredible!