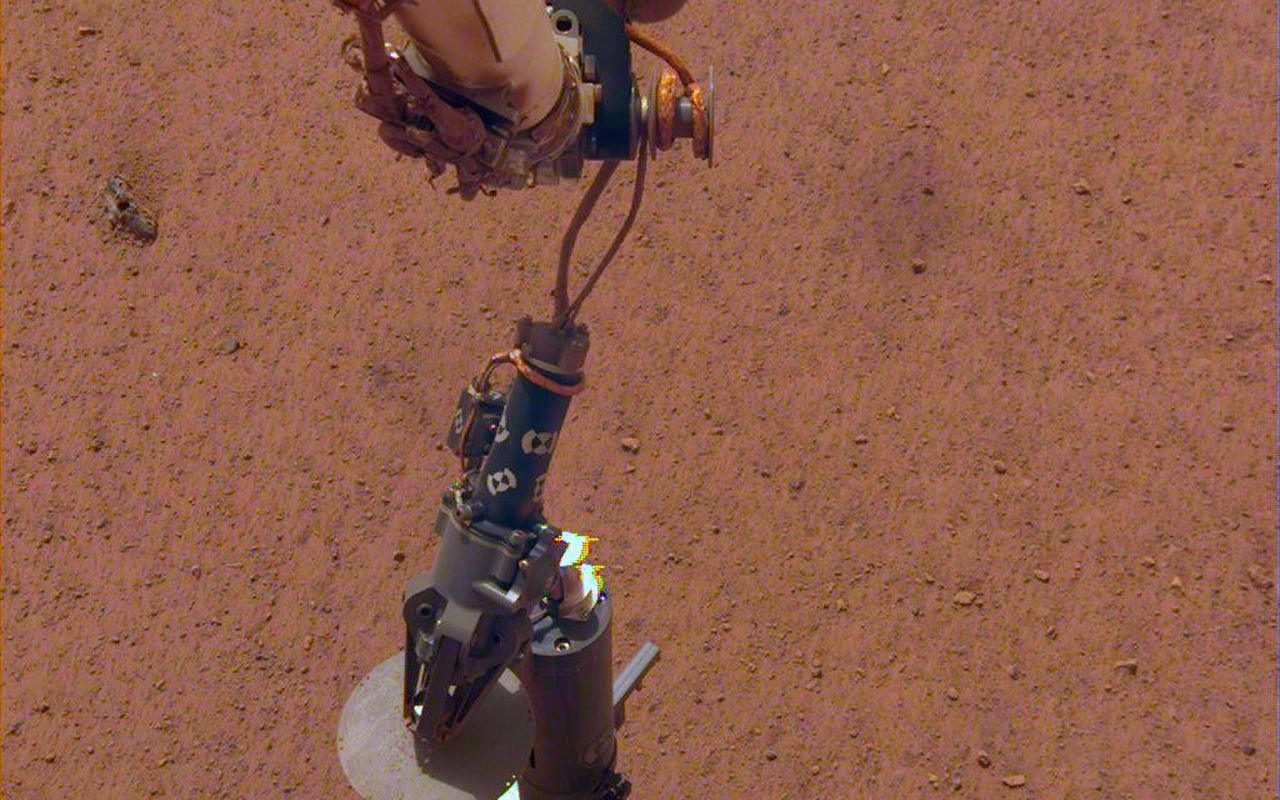 NASA’s InSight Mars lander is one step closer to taking the temperature of the Red Planet’s interior. On Feb.12, the Heat Flow and Physical Properties Package (HP3) was successfully place onto the Martian surface, about 3 feet (1 meter) from the lander’s seismometer.

Once HP3 burrows beneath the Martian surface, it is designed to measure heat flowing out of the planet providing scientists with clues about how Mar’s massive mountains were formed.

Using a self-hammering spike called a mole, the instrument is designed to burrow up to 16 feet (5 meters) below the Red Planet’s surface, much deeper than any previous robotic mission. NASA’s Viking 1 lander scooped 8.6 inches (22 centimeters) beneath the surface and the Phoenix lander scooped to a depth of 7 inches (18 centimeters).

“We’re looking forward to breaking some records on Mars,” said HP3 Principal Investigator Tilman Spohn of the German Aerospace Center (DLR), which provided the heat probe for the InSight mission. “Within a few days, we’ll finally break ground using a part of our instrument we call the mole.” 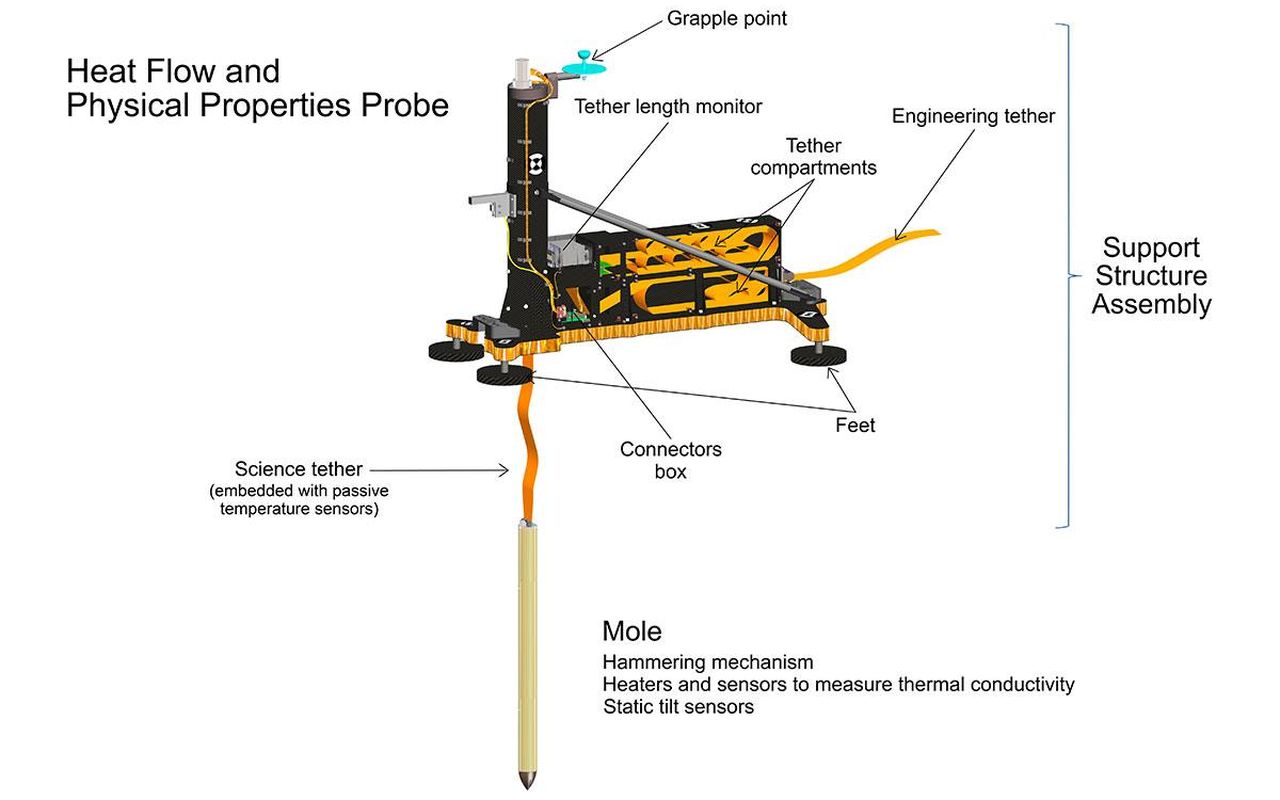 The heat probe resembles an automobile jack with a large vertical tube on the front to hold the 16-inch (40-centimeter) long mole. The support structure is attached to the lander by an engineering tether. A science tether is connected to the top of the mole and carries the heat sensors that are set to measure the subsurface temperature of Mars. Heat sensors within the mole should measure how easily heat moves through the subsurface.

“Our probe is designed to measure heat coming from the inside of Mars,” said InSight Deputy Principal Investigator Sue Smrekar of NASA’s Jet Propulsion Laboratory in Pasadena, California. “That’s why we want to get it below ground. Temperature changes on the surface, both from the seasons and the day-night cycle, could add ‘noise’ to our data.”

If the mole hits a large rock before it is at least 10 feet (3 meters) beneath the Martian surface, researchers will need a full Martian year (two Earth years) to filter noise out of their data. This is why the mission team carefully chose a landing site with few rocks and spent several weeks deciding where to place the HP3 instrument.

“We picked the ideal landing site, with almost no rocks at the surface,” said JPL’s Troy Hudson, a scientist and engineer who helped design HP3. “That gives us reason to believe there aren’t many large rocks in the subsurface. But we have to wait and see what we’ll encounter underground.” 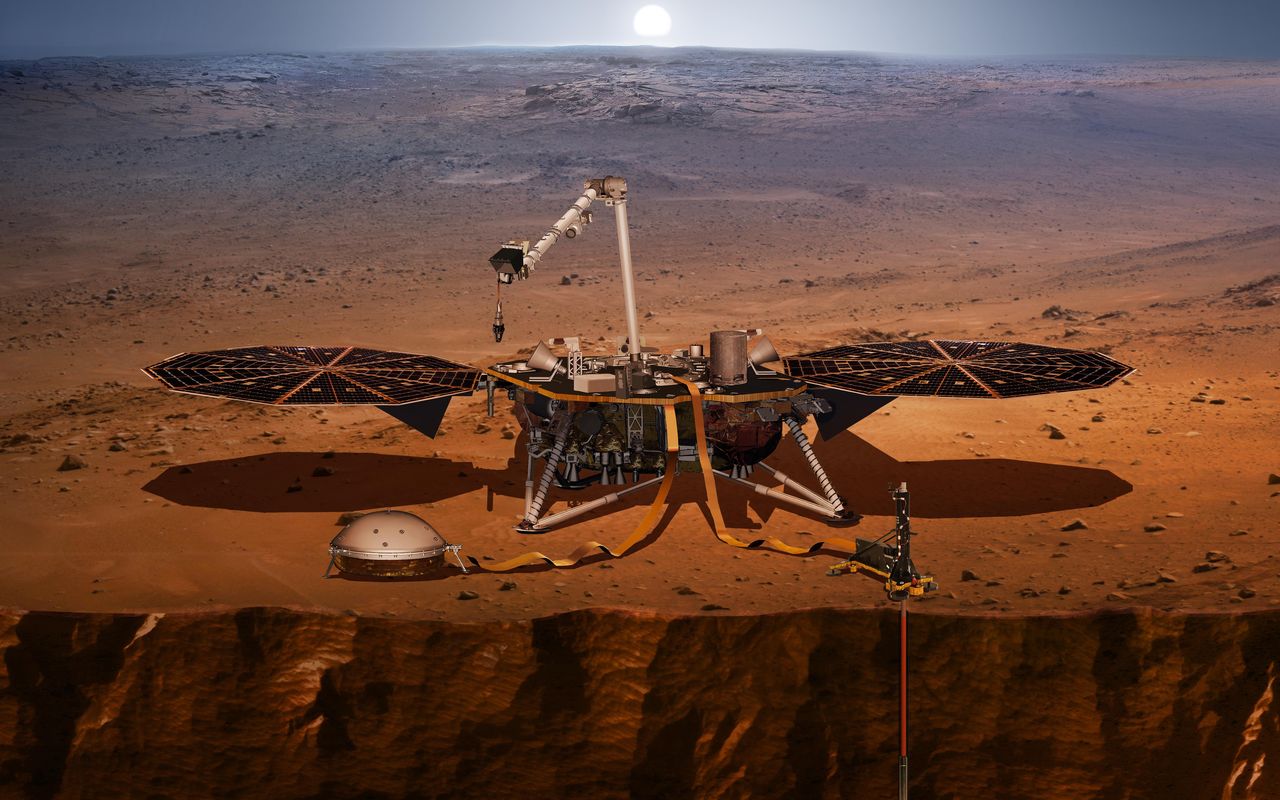