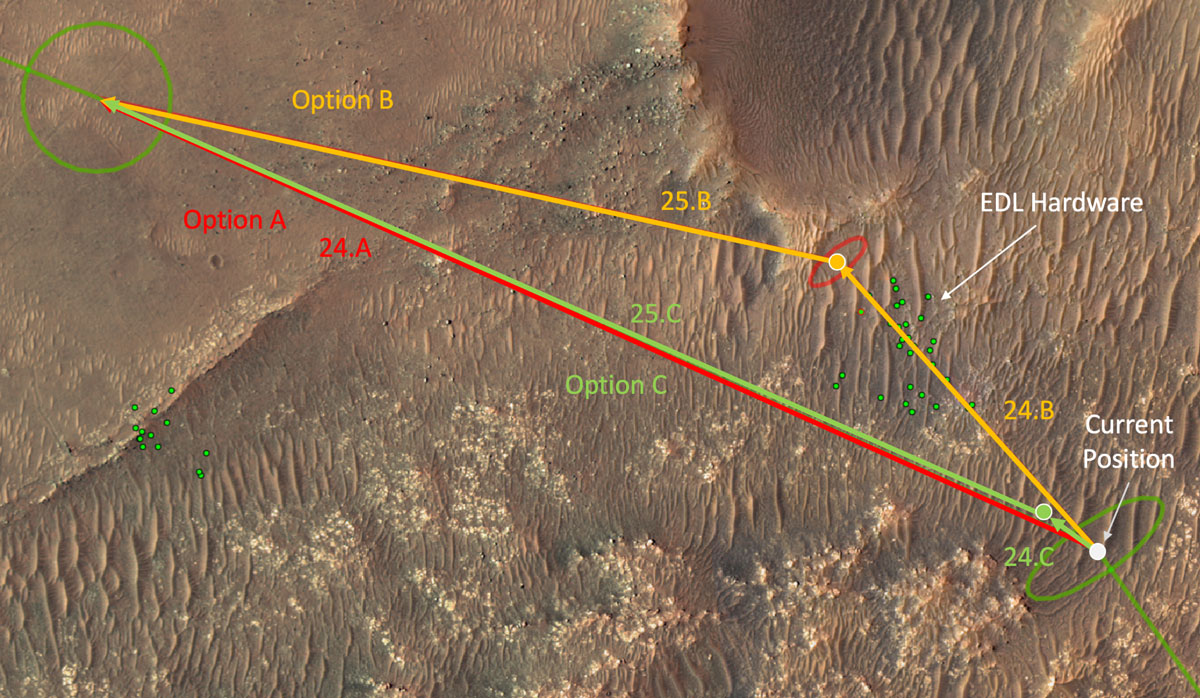 A map of the flight paths engineers were considering for the Ingenuity helicopter’s 25th flight. Ultimately “Option C” was chosen. Credit: NASA

NASA’s Ingenuity Mars helicopter completed its 25th flight on the Red Planet as it works to catch up with the Perseverance rover, which is making huge strides toward the Jezero crater river delta. 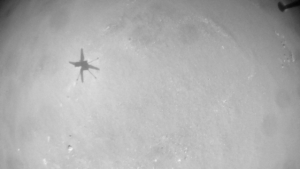 NASA’s Ingenuity helicopter completes its 25th flight on Mars. This image is one of the final frames captured by the vehicle’s downward-pointing navigation camera. Its shadow can be seen in the upper left part of the image. Credit: NASA

This marked the longest distance and quickest speed traveled by the Martian helicopter since its first flight roughly a year ago.

Traversing northwest across the Seìtah region, the flight brought Ingenuity to a new staging area as both it and Perseverance made their way to the ancient river delta.

Before the flight, teams at NASA’s Jet Propulsion Laboratory in California had to balance several risks that led to the decision of the duration and distance covered during flight 25.

The team originally introduced the idea of flying over crashed hardware from Perseverance’s landing, which currently is laid to waste on the Martian surface having successfully been used to safely land the rover and helicopter in Jezero crater on the Red Planet Feb. 18, 2021.

However, before the flight, the decision was made to fly around the wreckage as engineers did not know how Ingenuity’s laser navigation and radar altimeter would react to the non-natural surface created by the wreckage.

In addition to the behavior or Ingenuity’s onboard navigational aids, Earth-based teams also had a number of thermal, atmospheric, flight time and landing site considerations as the time to flight grew closer. 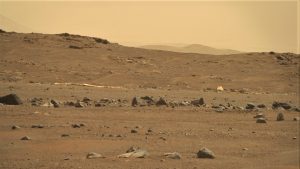 Perseverance spots the parachute that helped slow the vehicle down during its entry into Mars’ atmosphere in February 2021. Credit: NASA

While Ingenuity may not have been able to fly over the aftermath of its historic Mars landing, the Perseverance rover was able to capture an image of the parachute that was used to slow the descent and landing vehicle.

The vehicle spotted the chute on its route to the ancient river delta.

The rover and helicopter have been making their way to the river delta for several weeks. Perseverance traversed some 2.8 miles (4.5 kilometers) around the Seìtah region.

Since its landing 14 months ago, the total distance traveled has been 5.8 miles (9.4 kilometers).

Meanwhile, the Ingenuity helicopter has flown a distance of 3.6 miles (5.8 kilometers) for a total flight time of about 46.5 minutes. Its first flight took place April 19, 2021. 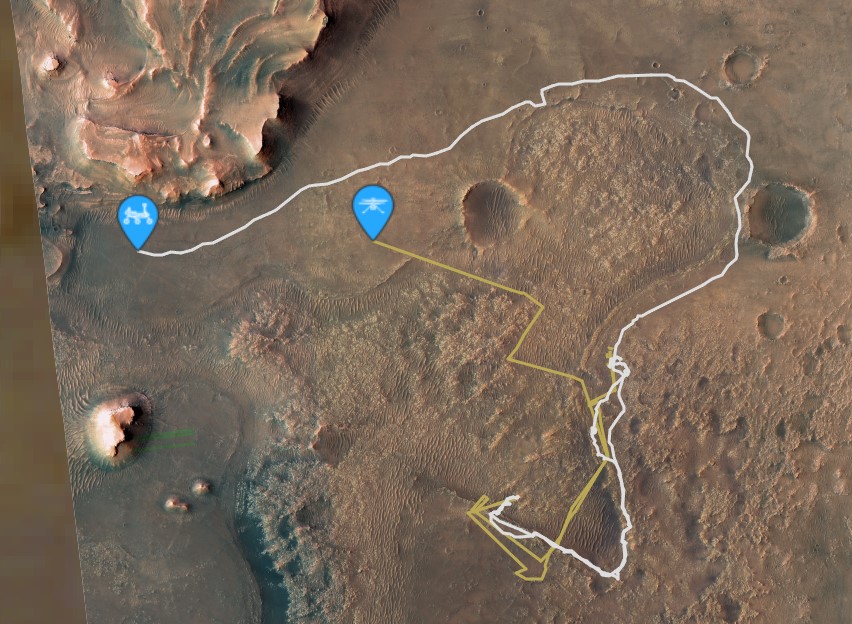 The traverse map of Perseverance and Ingenuity as of April 18, 2022. Credit: NASA