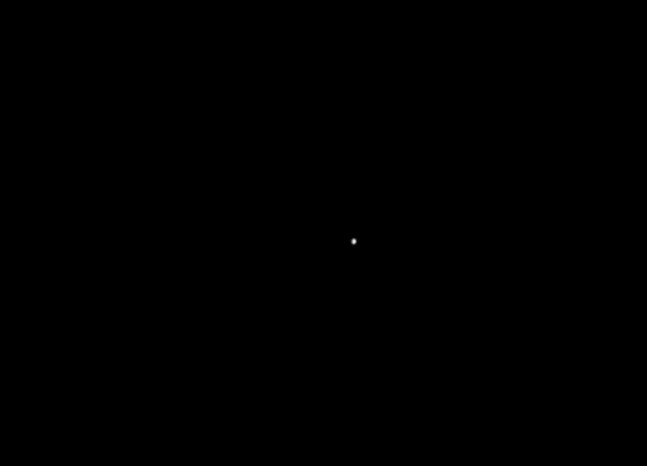 NASA’s Dawn spacecraft launched atop a United Launch Alliance (ULA ) Delta II rocket from Space Launch Complex 17-B at NASA’s Kennedy Space Center on Sept. 27, 2007, kicking off the start of a seven year trek across the solar system. Its mission: explore the asteroid belt and help unlock the secrets of the early solar system. Researchers had two targets picked out for the probe, and asteroid named Vesta and a dwarf planet named Ceres. It has just recently – captured its first image of its second target – Ceres. A ULA Delta II Heavy propells the Dawn spacecraft on its journey towards the asteroid belt. Photo Credit: NASA

The Delta II was equipped with three stages and nine solid rocket boosters (SRBs) to loft the vehicle into space. ULA’s Delta II launcher comes in multiple configurations and the Delta-II Heavy, the most powerful version, propelled the Dawn spacecraft on its four year journey to the asteroid belt. After reaching the upper levels of the atmosphere, the 9.5-foot payload fairing jettisoned, and eventually the spacecraft separated from the upper stage.

In order to complete its journey to the asteroid belt, Dawn employed the use of ion propulsion. This technology was originally tested and deemed successful on NASA’s Deep Space 1 mission. However, it has been applied in the design and implementation of a dedicated spacecraft for the first time on this mission.

Ion propulsion permits Dawn to venture on a very bold mission, that would be out of reach with traditional propulsion systems. Dawn is equipped with two solar panels, spanning approximately 65 feet (19.7 meters) from tip to tip. The panels collect energy from the Sun, which then ionizes (accelerates the ions) the vehicle’s fuel — xenon — and accelerates the spacecraft.

The Dawn mission is the ninth Discovery mission in NASA’s Science Mission Directorate and is the first time a spacecraft will orbit an object in the main asteroid belt as well as orbit two separate objects within the asteroid belt. Dawn will employ the same instrument panel to observe both Vesta and Ceres.

The science payload consists of two cameras, a visible and infrared mapping spectrometer, capable of revealing surface minerals, as well as a gamma ray and neutron spectrometer to categorize the elements that comprise the outer portion of the asteroids. Dawn will also take measurements of the gravity field, and is expected to reveal details of the interiors of both Vesta and Ceres.

With the data from these systems, scientists will study surface features and the complex and varied landscapes, gaining valuable new insights into the internal structure of these ancient worlds. What role did size have in determining how planets evolved throughout the Solar System? How did water affect the process of planetary formation? Data gathered during the Dawn mission will help scientists uncover the answers to these and other questions. Dawn’s path from launch to the asteroid belt included one flyby of the red planet. Image Credit: NASA/JPL-Caltech

In order to reach its intended targets, Dawn relied on one gravity assist, flying by Mars on Feb. 17, 2009. It arrived at the first target, Vesta, on Jul. 15, 2011 and departed the asteroid a little over a year later on Sept. 4, 2012. During its 14 months in orbit around Vesta, the spacecraft delivered unprecedented scientific insights, including images of its cratered surface and important clues about its geological history.

Named for its mission objective, the Dawn mission hopes to unlock the secrets of the dawn of planets in our solar system. The targets chosen, Vesta and Ceres, are the first two asteroids discovered and as such are the best targets to study and hopefully answer our questions. Vesta and Ceres are similar, yet very different, with Vesta being a dry and evolved world compared to Ceres, which is more primitive and wet. Both are believed to be proto-planets, baby planets whose formation was disrupted by nearby gas giant Jupiter. This mission has the potential to make many paradigm-shifting discoveries about these two bodies and even how we classify objects in the solar system. Researchers has already enjoyed unprecedented views and data on Vesta, and are anxious to see what Ceres has in store. Ceres may even have active hydrological processes leading to seasonal polar caps of water frost, altering our understanding of the interior of these bodies.

This week, the Dawn spacecraft was able to catch a glimpse of Ceres from a distance of 740,000 miles (1.2 million kilometers). This is the best image taken to date of the largest body in the main asteroid belt, Ceres.

“Now, finally, we have a spacecraft on the verge of unveiling this mysterious, alien world. Soon it will reveal myriad secrets Ceres has held since the dawn of the solar system,” said Marc Rayman, of NASA’s Jet Propulsion Laboratory in Pasadena, California, chief engineer and mission director of the Dawn mission.

The nine-pixel-wide image of Ceres released today serves as a final calibration of the science camera that is necessary before Dawn gets to Ceres. The dwarf planet appears approximately as bright as Venus sometimes appears from Earth. Ceres has an average diameter of about 590 miles (950 kilometers).

Later this month, on Dec. 26, Dawn will begin its approach phase towards Ceres. Stay tuned to Spaceflight Insider for more details about Dawn and Ceres as they become available. crossed fingers on the dated news of dec26