NASA, ULA on the eve of launch of Perseverance Mars rover 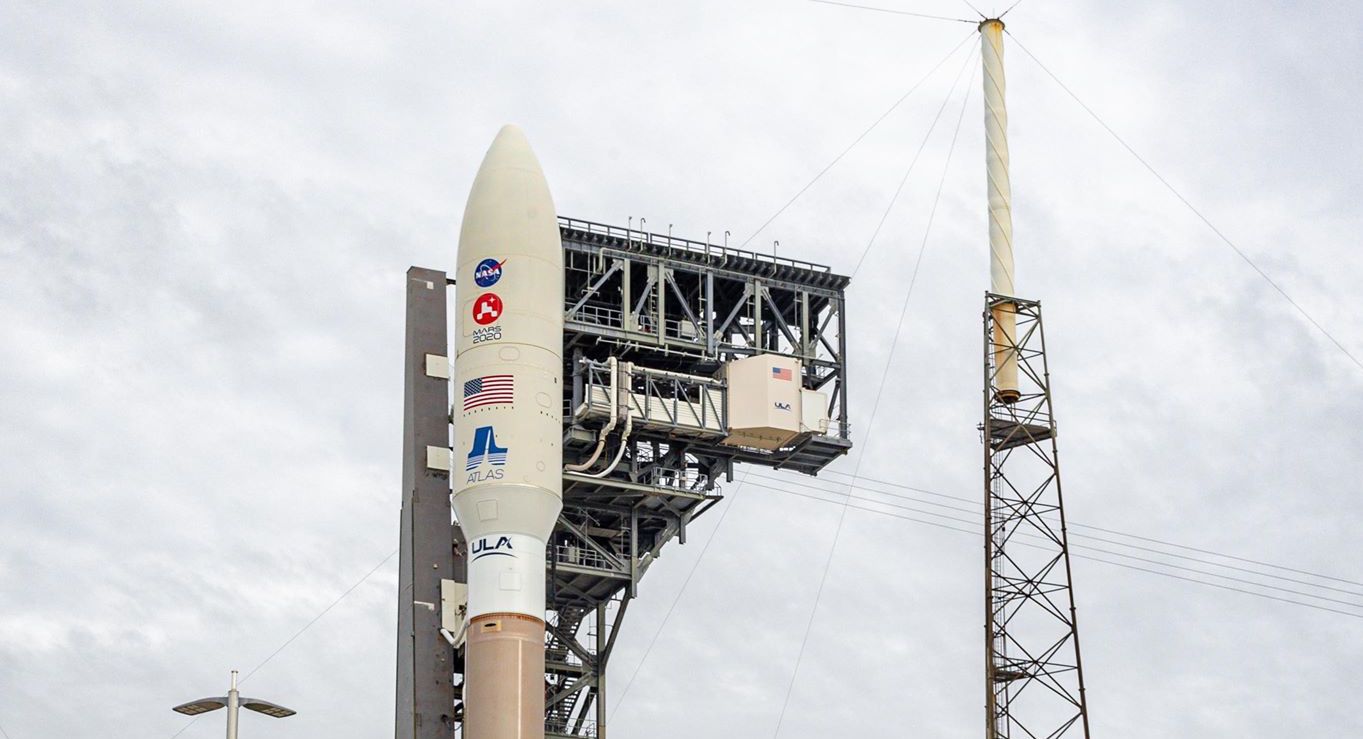 Perseverance, as named by a 7th grader from Virginia named Alexander Mather (left, image below), is a near twin to the Mars Science Laboratory rover Curiosity, which has been operating and conducting research experiments on the red planet since its landing in the Gale crater in 2012. The rover is essentially an optimized version of the same nuclear powered rover, using many of Curiosity’s spare parts and with a completely different instrument and mission set. Building on its cousin Curiosity, Perseverance features a new sample catching system, turret, wheel design, 23 cameras and 2 microphones. 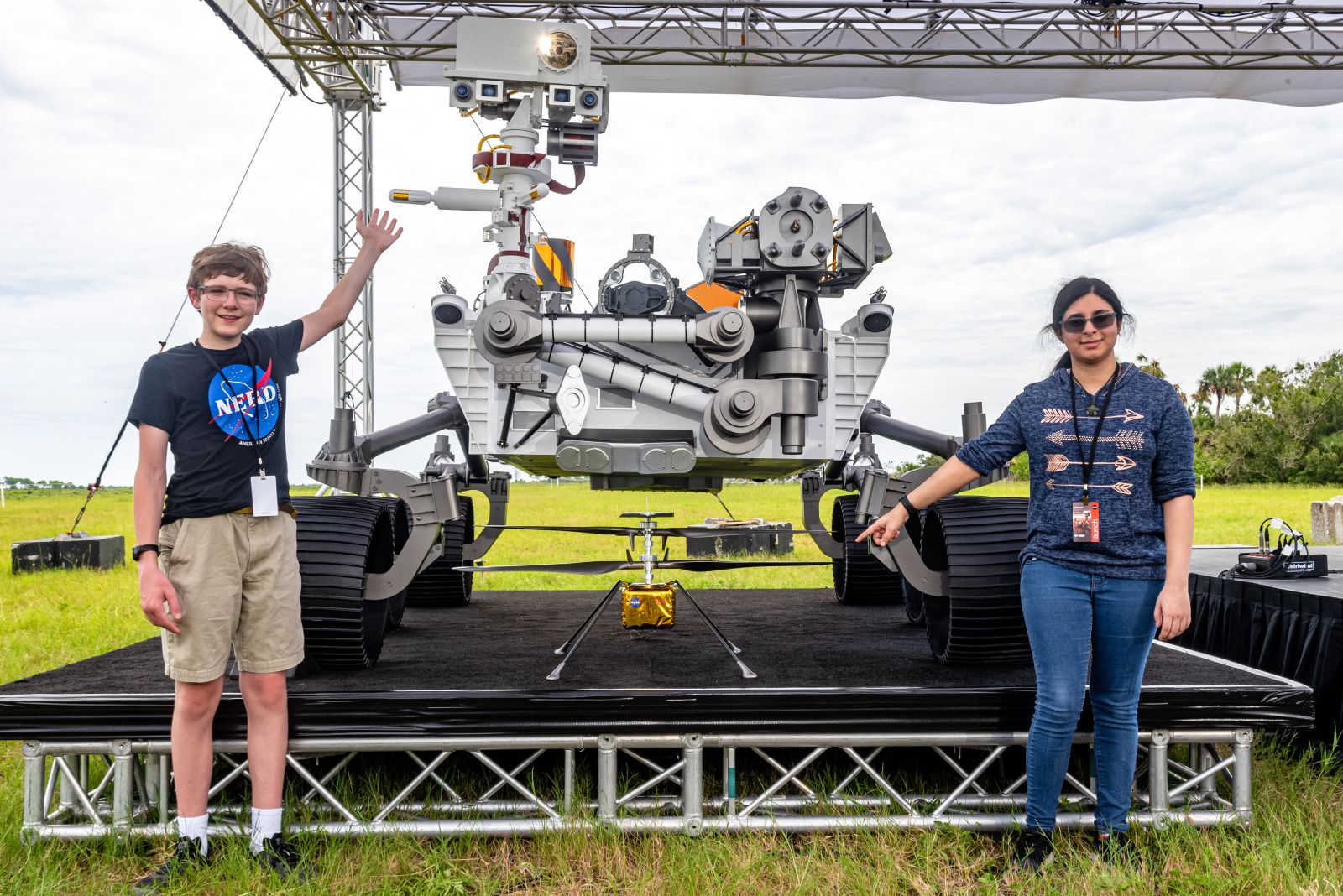 The $2.7 billion rover, built and managed by NASA’s Jet Propulsion Laboratory in Pasadena California, incorporates many science experiments in its multi-year mission, featuring 10 different instruments. Unique to this mission is the addition of a helicopter named “Ingenuity”, so named by an 11th grader, Vaneeza Rupani (right, image above) of Alabama. Ingenuity’s high-risk, high-reward flight plans, as well as a planned Martian sample return mission, each represent firsts of their kind. The sample return mission should see the return to Earth of rock and soil samples as early as 2031, through a joint campaign by NASA and the European Space Agency. 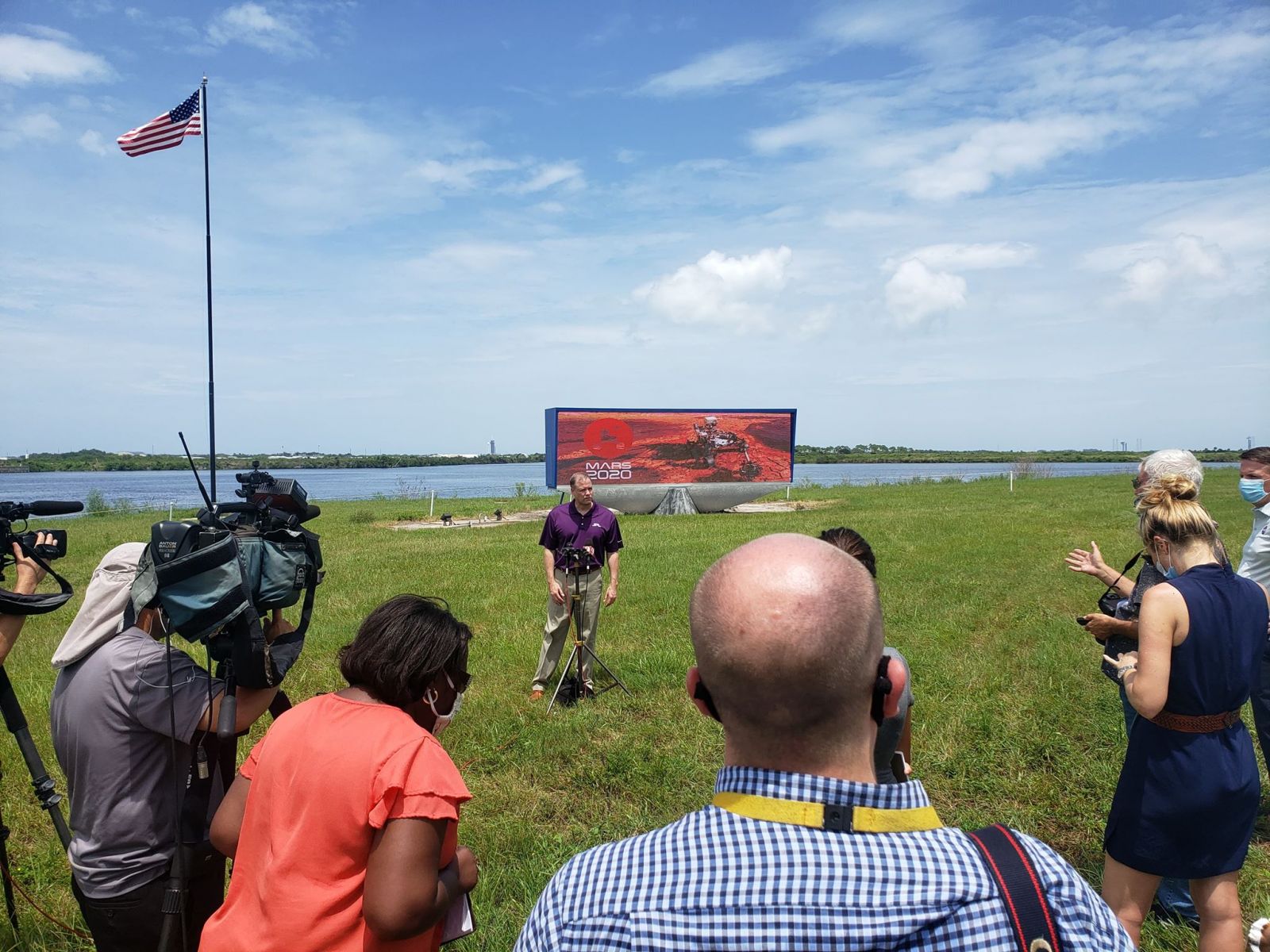 NASA Administrator Jim Bridenstine spoke on the sample return mission, citing its significance – “That’ll be the first time in history that we’ve done a Mars return mission… In fact, it’s the first time in history we’ve done a return mission from any planet.” Bridenstine also spoke on the significance of the helicopter, stating “Ingenuity is going to be a tech demonstrator for this particular mission, but in the future it could transform how we do planetary science on these other worlds, and eventually be a scout so that we can figure out where exactly we need to send our other robots.”

One of the rover’s experiments is a technology demonstrator called Mars Oxygen ISRU Experiment, or MOXIE. MOXIE is a precursor experiment targeting the possibility of future life sustainability on Mars, and will attempt to produce oxygen from the Martian atmosphere. Utilizing a process called solid oxide electrolysis, MOXIE will attempt to create a small amount of pure oxygen from the martian atmosphere, which is 96% carbon dioxide. If successful and efficient, the demonstration could pave the way for vastly larger scale instruments of the same variety, in order to produce oxygen that could be used to sustain life and even contribute to the vehicle fueling needs of a future anticipated human mission in the 2030s. 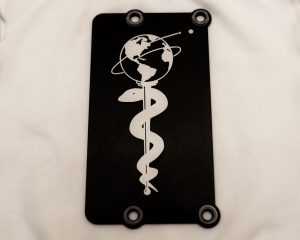 This plate, affixed to the Mars 2020 rover, honors the first responders and medical professionals around the world, embodying the essence of ‘Perseverance’ in the fight against COVID-19 pandemic. Image: NASA

Perhaps the most unique and poignant addition to the rover is a small plaque added by the team at JPL, a tribute to the world’s first responders in face of the COVID-19 pandemic. Like the rovers namesake, the plaque is a tribute to the perseverance of first responders and healthcare workers from around the globe, featuring the classic ‘snake entwined rod’ symbol of healing and medicine. This plaque isn’t the only community-centric piece hitching a ride with the rover; nearly 11 million names from around the world are also making the trip as part of NASA’s online boarding pass program. The names are stenciled onto silicon chips that are imprinted by an electron beam, with each line of text being smaller than one thousandth the width of a human hair. Riding under a glass cover, the three chips (each approximately the size of a dime) feature the names as well as the essays of the 155 finalists in the “Name the Rover” competition.

In order to reach the red planet, the mission utilizes a unique set of parameters and a long interplanetary flight plan which will take 6 and a half months to land on the planet.

Should everything go according to plan, Perseverance will touch down at the 28 mile wide (45 kilometers) Jezero Crater on Feb. 18th, 2021. The mission is planned to be a duration of 1 Martian year, or 687 Earth days, but if previous missions are any indication, it will likely last exponentially longer than that. Jezero was selected as it is believed to have once harbored an ancient lake and river delta, making it the ideal target for a rover mission dedicated to searching for signs of ancient life that may have thrived over 3 billion years ago.

The Mars 2020 launch, scheduled to occur at the opening of a 2 hour window beginning at 7:50 a.m. EDT from Space Launch Complex 41, is currently forecast to enjoy an 80% chance of ‘go’ for weather conditions. The launch will utilize an Atlas V rocket in the 541 configuration, which utilizes a 5 meter payload fairing, will be powered by 4 solid rocket motors, and will complete its initial powered launch push with a single Centaur engine. This will be ULA’s 140th mission and the Atlas V’s 85th. 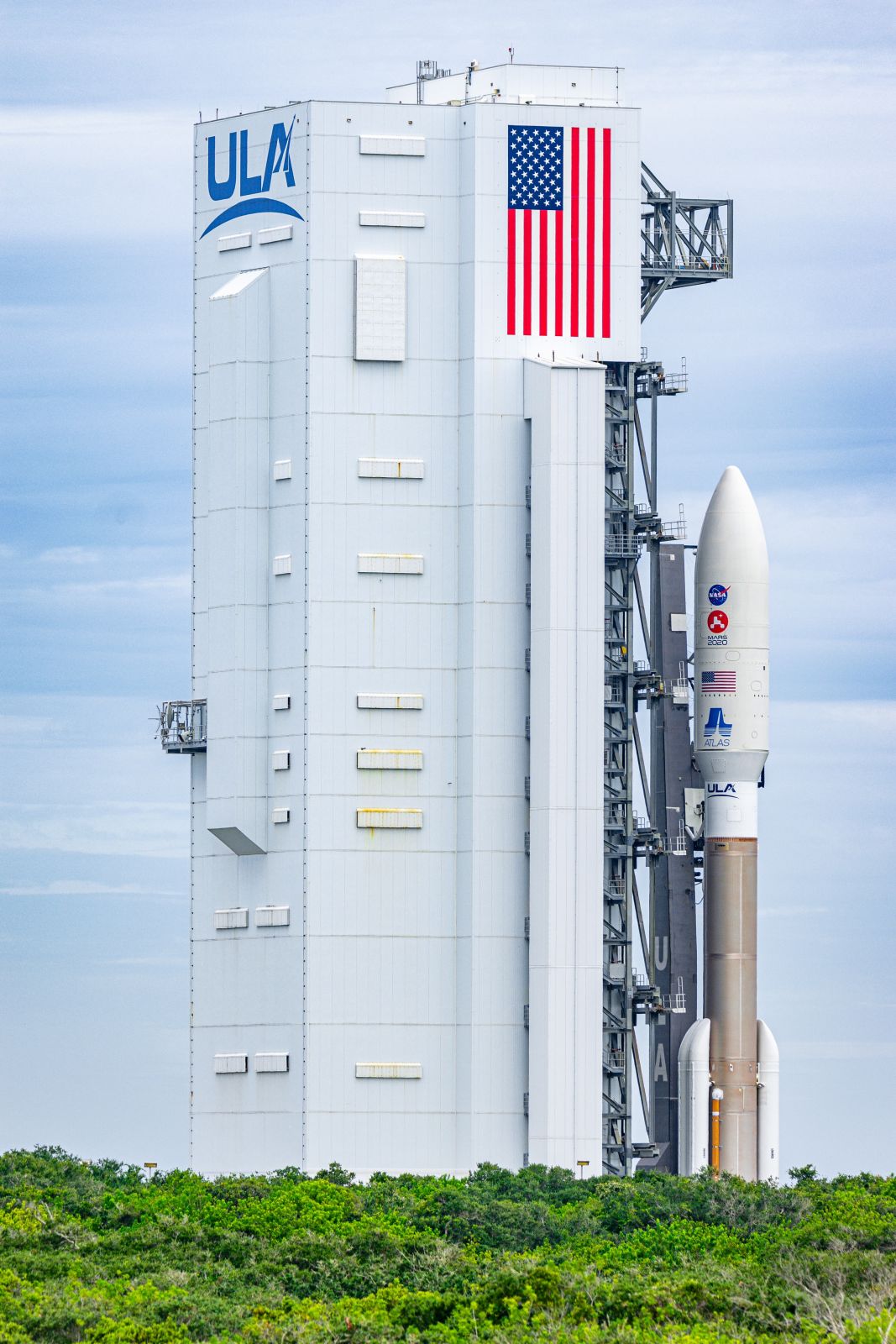 Stay posted to Spaceflight Insider for further coverage of the mission, from liftoff to landing and beyond.